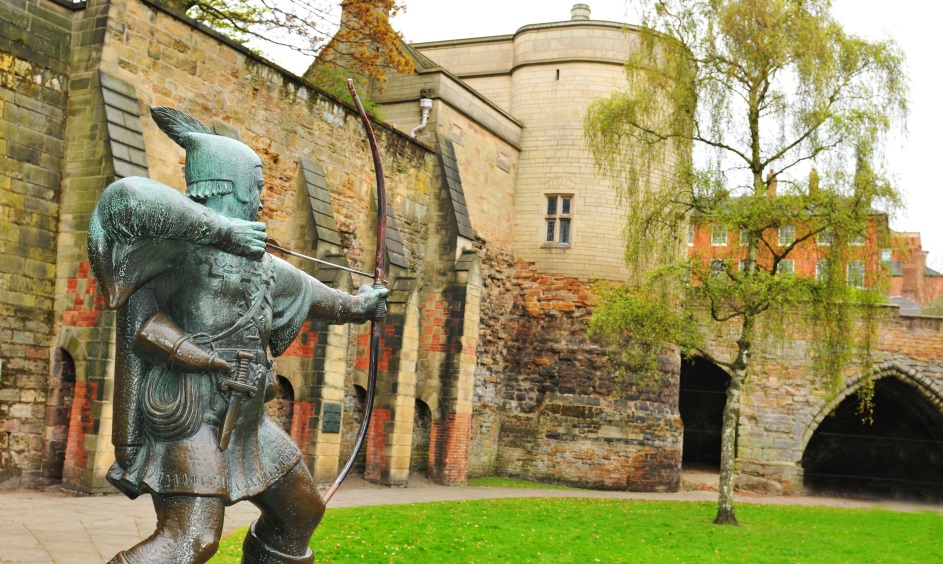 Nottingham Castle is in Nottingham, England. It enjoys a commanding position on a natural promontory known as Castle Rock, with cliffs 130 feet (40 meters) high to the south and west.

In the Middle Ages it was a major royal fortress and occasional royal residence. In decline by the 16th century, it was largely demolished in 1649. The Duke of Newcastle later built a mansion on the site, which was burned down by rioters in 1831 and left as a ruin. 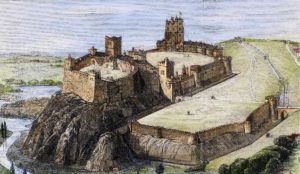 It was later rebuilt to house an art gallery and museum, which remain in use today. Little of the original castle survives, but sufficient portions remain to give an impression of the layout of the site.

Now, on August 22, 2018, a local Nottingham company, G F Tomlinson (GFT) has been appointed by the Nottingham City Council as the main contractor for the restoration and construction of the £30 million Castle Transformation Project.

The site will be closed for the next two years to become a world-class visitor destination, with the improvements being funded by the National Lottery through the Heritage Lottery Fund (HLF), D2N2, Nottingham Castle Trust and Nottingham City Council.

Matthew Wheatley, D2N2 LEP Chief Executive, said: “Nottingham has a varied and rich history. Nottingham Castle is a striking part of Nottingham’s skyline and this new and improved castle experience will help bring Nottingham’s history and heritage to life, attract even more visitors to the site, create jobs and improve the overall visitor offer across Nottinghamshire and Derbyshire.” 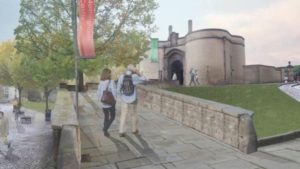 The redeveloped site will include a new visitors centre and remodeling of the grounds, as well as new Robin Hood and Rebellion galleries to tell the stories of the city’s legendary outlaw and history of rebellion.

The Castle’s wonderful collections of fine and decorative arts will be thoughtfully re-displayed and access to the caves within the Castle Rock will be improved.

GFT will bring new employment opportunities and training for local people throughout the project, along with work experience placements and apprenticeships, creating a unique working environment. 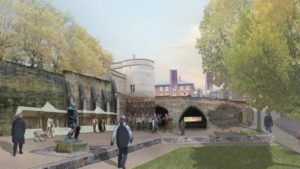 The company will be involved in all the works on the Castle site, which will include the contemporary visitors centre, building the extension to the Ducal Palace that creates the new Robin Hood Gallery, the refurbishment of the Ducal Palace itself, and landscaping the grounds.

Councillor Dave Trimble, Portfolio Holder for Leisure and Localities, said: “We are pleased to be welcoming G F Tomlinson to this major project. It’s exciting we have reached this major milestone and I can’t wait to see the construction work start, to realise the ambition and imagination that will form part of the new Castle experience.” 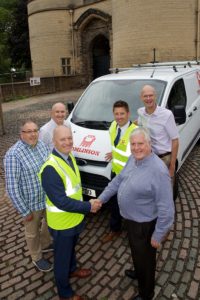 Chris Flint, Director at G F Tomlinson said: “It’s fantastic to have started work on this major restoration and development project and to have the opportunity to upgrade the visitor experience and showcase the vast history of Nottingham Castle. We have a track record of delivering quality restoration across the East Midlands and the company is very excited to be chosen to join the team on this amazing journey. It’s been a pleasure to reach this milestone with Nottingham City Council and its partners and we look forward to delivering this and more projects throughout the region.”

Jonathan Platt, Head of HLF East Midlands, said: “This is an important step forward for this exciting project. Thanks to money raised by National Lottery players, we have awarded over £14million towards the Castle’s redevelopment. We look forward to seeing the project really gather pace now with G F Tomlinson joining the delivery team and to working closely with the project team in the months to come.”

A spokesperson from Nottingham Castle Trust said: “We are pleased to see the appointment of G F Tomlinson to begin the construction programme at Nottingham Castle – this transformational project will now gather speed with an experienced contractor driving the works. We look forward to working with them and to seeing the new Nottingham Castle emerge.”

Aims of the Restoration Project: 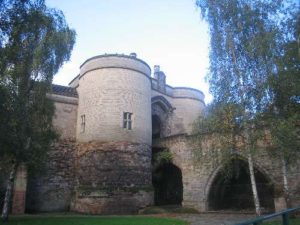 The Heritage Lottery Fund (HLF) awarded £14.0million to Nottingham City Council for a project to reimagine Nottingham Castle, including plans to increase access to the city’s caves.

D2N2 is the Local Enterprise Partnership (LEP) for Derby, Derbyshire, Nottingham and Nottinghamshire. Its purpose is to support and encourage economic growth in the D2N2 region and has awarded £7.0m from a number of D2N2 funding streams, including £2m from business rates raised by the D2N2 Enterprise Zone and £5m from D2N2’s Local Growth Fund.

D2N2, established in 2010, is one of the largest LEPs in England, covering an area with a population of more than two million people and with an economic output of over £42.9billion GVA (Gross Value Added) (source ONS report, February 2016). Its Interim Chief Executive is Matthew Wheatley and its Chairman Peter Richardson.

D2N2’s target is to support the creation of 55,000 new jobs in D2N2 by 2023. The majority of these jobs will be in the private sector. Its vision is of a more prosperous, better connected, and increasingly resilient and competitive economy.

Local Enterprise Partnerships are playing a vital role in driving forward economic growth across the country, helping to build a country that works for everyone. That’s why by 2021 Government will have invested over £12 billion through the Local Growth Fund, allowing LEPs to use their local knowledge to get all areas of the country firing on all cylinders. The government has awarded £9.1 billion in three rounds of Growth Deals to local areas to drive economic growth.

LEPs are investing in a wide range of projects including transport, skills, business support, broadband, innovation and flood defences. There are 38 LEPs covering the whole of England. 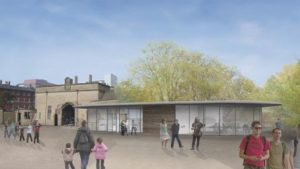 The government is committed to making the Midlands an Engine for Growth in the UK, increasing economic growth and improving the quality of life for everyone. The Midlands is home to over 10 million people and over 780,000 businesses. Its economy is worth £217.7 billion. So far the government has awarded £1.9 billion in three rounds of Growth Deals across the Midlands.

Nottingham Castle Trust exists to support the re-development and future use of the Castle site – from the Caves to the Castle. The Trust is seeking to raise a minimum of £3.0m towards the scheme needed to complete the project to transform the site and make it an international visitor destination. The Trust is led by Chair, Ted Cantle with Heather Mayfield as CEO. The Trustees all have close links with Nottingham and are passionate about the Castle and the potential of the renovation project to transform the whole Castle Quarter. Trustees meet monthly and they are supported by a growing group of Patrons, who are high-profile ambassadors for the Castle and Nottingham.

The official vision statement of the restoration project reads “This project will deliver the step change required to establish Nottingham Castle as a world class heritage site. We will celebrate Nottingham Castle’s unique and diverse 1,000 year heritage, encompassing the group of heritage assets around the Castle including the caves within the Castle Rock and Brewhouse Yard in a seamless, combined and cohesive visitor offer.”