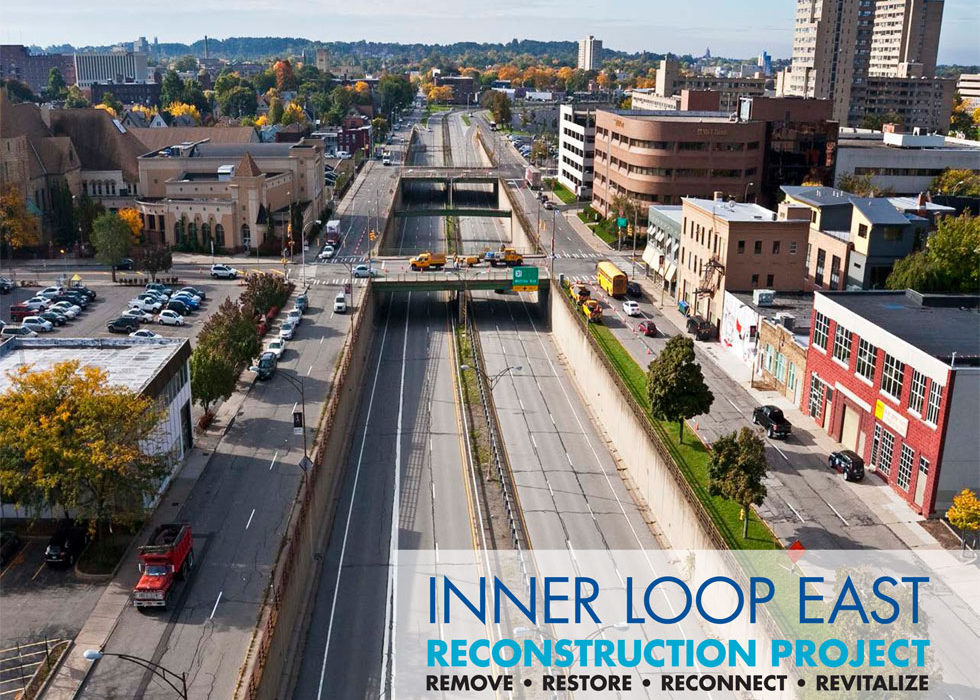 Realizing the devastating effect that badly-planned urban freeways have had on downtowns across the U.S., many cities are now contemplating some form of freeway removal.

Without studying before-and-after pictures, it’s easy to forget the sheer magnitude of the devastation caused by freeways in the tightly knit urban fabric of American downtowns of the 1950s. For a freeway to be built, huge swaths of land had to be acquired and thousands of buildings had to be condemned and destroyed.

Intricately connected street networks were completely disrupted and replaced by superblocks and widened city streets. Dense cities with a variety of building types saw these areas largely replaced by single-use towers surrounded by parking lots. In many American cities prior to the post-WWII wave of incompetently-planned “urban renewal”, fewer than 50 percent of all commuters traveled by automobile; today that number is often above 80 percent.

While dozens of cities, such as Washington, DC and Philadelphia, PA are actively burying these planning mistakes, many of these discussions haven’t gotten very far. But in Rochester, New York, officials have moved beyond the talking phase and are actually taking action.

One year ago, the city started trucking in mud from the bottom of Lake Ontario and dumping it into the ditch that was once the eastern quarter of I-490, the so-called Inner Loop, that severed downtown Rochester from its neighborhoods on all sides.

The big ‘fill’ in Rochester didn’t just happen—it came out of years of discussion and studies aimed at removing what many saw as a noose strangling downtown.

The Inner Loop East Transformation Project is converting a sunken section of expressway to the east of Downtown to an at-grade “complete street,” that will include bicycle and walking paths. The construction phase of the project started in November 2014 and is expected to be complete by December 2017.

The underutilized below grade section of the inner loop between 490 and Main St. will be transformed into an at grade boulevard.

The removal of the expressway will create 6 acres of land available for redevelopment.