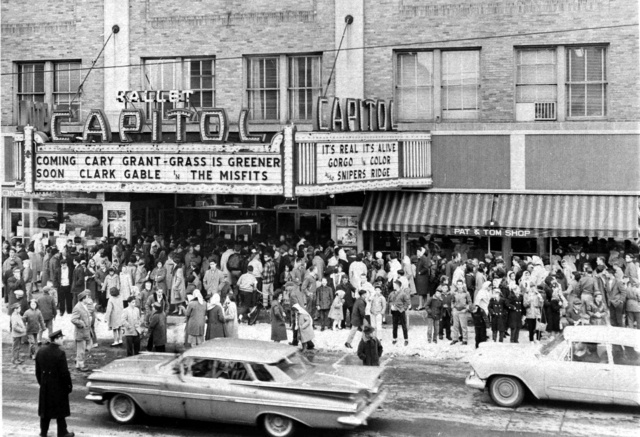 On July 19, 2021, the historic Capitol Theatre in Rome, New York reopened following an extensive renovation that returned both the structure’s interior and exterior to their original grandeur.

Funded through a $2.5 million grant from the state’s Downtown Revitalization Initiative, the renovations and improvements are aimed at reestablishing the iconic venue as a regional hub for stage and screen presentations. 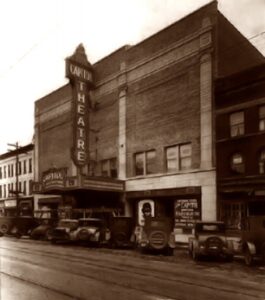 “A vibrant arts and cultural industry is crucial to any thriving downtown and the renovated historic Capitol Theatre will inject new life into Rome,” Lieutenant Governor Kathy Hochul said. “Our Downtown Revitalization Initiative is reshaping the Rome community for the better and is helping generate economic activity and giving small businesses a much-needed boost as we comeback from the pandemic.”

The project restored the structure to its 1939 interior and exterior appearances, and it represents only the second cohesive, all-inclusive refurbishment since it first opened in 1928.

Rome Mayor Jacqueline Izzo said, “An amazing transformation has taken place at the Capitol Theatre. Rome’s single largest Downtown Revitalization Initiative-funded project does not disappoint. The newly completed interior renovations including new seating, carpeting, painting, lighting and more bring the Theatre back to its heyday in 1939. Our Downtown Revitalization Initiative plan envisioned the Capitol Theatre becoming the centerpiece of the arts corridor and we are off to a terrific start with the Theatre reopening and we look forward to the replacement of the original marquee in the fall.”

Capitol Theatre Executive Director Art Piece added, “We’ve been planning for this restoration of the Capitol for nearly two decades, but it was only the fact that we were awarded the $2.5 million in DRI funds that allowed it to be accomplished.”

Other renovations included improvements to the electrical, mechanical, HVAC and plumbing systems, as well as interior improvements, such as repainting, carpeting, and seating refurbishment.

Additional work funded through the Downtown Revitalization Initiative, including façade improvements and a restoration of the historic marquee, are ongoing and expected to be completed this fall.

Secretary of State Rossana Rosado said, “The Capitol Theatre is the heartbeat of Rome’s emerging arts and culture district. This anchor project will have catalytic effects throughout the arts and culture district and the entire downtown by attracting residents, visitors and tourists as New York communities emerge from the pandemic stronger than ever.”

The Capitol Theatre compliments other work through the initiative to revive Rome’s downtown arts and cultural scene.

Rome was named a Round 2 winner. The area targeted for Downtown Revitalization Initiative has commercial, cultural, transportation, and recreational assets that support a vibrant and walkable place within the city. 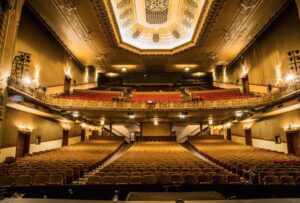 The projects supported through this program will further job growth in advanced manufacturing, cyber technology, unmanned systems, and craft food and beverage manufacturing, which are already transforming the region.

Senator Joseph Griffo said, “I am pleased that, following extensive renovations and major restoration work, the Capitol Theatre in Rome has reopened. The theatre is the centerpiece for Rome’s downtown arts and cultural scene and attract visitors to the city and region by hosting a variety of programs and special events. These improvements will strengthen the theatre’s historic legacy and will enhance and enrich the quality of life for residents of Rome and the Mohawk Valley.”

The city plans to further development and inspire innovation, encourage residents to return to the area, promote arts-based businesses, encourage alternate transportation, and celebrate diversity. With a boost from the Downtown Revitalization Initiative, Rome will be poised to attract and retain young professionals and their families.

Rome developed a strategic investment plan to revitalize its downtown with $300,000 in planning funds from the $10 million its grant.

Assembly Member Marianne Buttenschon said, “Rome’s Historic Capitol Theatre is one of the cultural cornerstones of the Mohawk Valley arts community. I’m thrilled to see this historic venue restored to its former glory. While additional exterior improvements are slated to be completed later this year, the grand reopening of the theater’s 1939 interior provides a much-needed boost to our local arts scene that was hit especially hard by the COVID-19 pandemic. I’ll keep working to build on this year’s historic state budget and support Mohawk Valley communities as our state’s recovery continues.”

A local planning committee of municipal representatives, community leaders, and other stakeholders led this effort, supported by a team of private sector experts and state planners.

“Our efforts to build back New York better than it was before include bolstering the arts and cultural offerings in communities throughout the state,” former Governor Andrew M. Cuomo said. “The newly renovated Capitol Theatre will once again serve as an anchor institution that both reminds us of our past and inspires us toward a brighter, more prosperous future for all.”

The plan for downtown Rome examined local assets and opportunities and projects that align with the community’s vision for downtown revitalization and are poised for implementation.