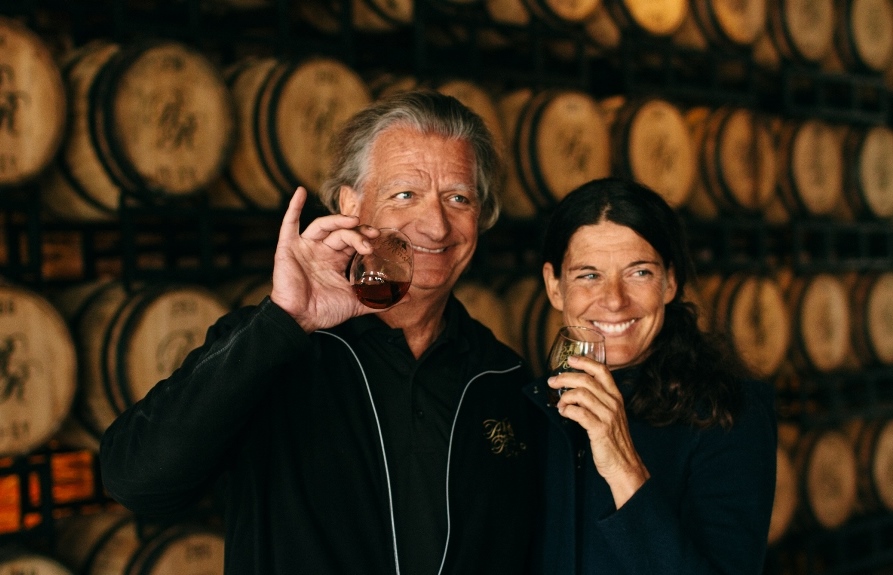 In 2007, Adolph McLendon, the now-77-year-old mayor of Richland, Georgia had a severe problem, and brilliant idea. 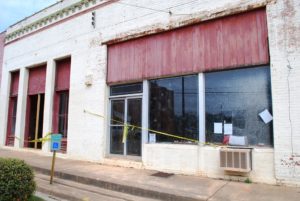 The problem was that his town barely existed, and what did exist along Richland’s main street was mostly abandoned.

The municipality had no money, so he couldn’t pursue the usual economic development tactic of enticing businesses with tax credits or cash incentives.

His brilliant idea was to convince Dutch-born rum connoisseur Erik Vonk to turn his rum-distilling hobby—which he operated on his 1700-acre farm 8 miles south—into a business, and to locate that business in downtown Richland. 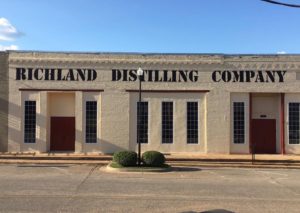 Erik fell in love with rum as a boy visiting his grandfather in Rotterdam. Imagine a place of burnished wood paneling, old books, whiskey bottles, and the aroma of rum-soaked Christmas pudding.

That buttery-caramel scent is exactly what you smell when you walk into Richland Distilling Company, where Vonk and his wife, Karin, have been cooking up their award-winning Richland Rum since 2011.

“I never intended to commercialize the operation,” says Vonk, whose grandfather in Rotterdam instilled in him an appreciation for rum. 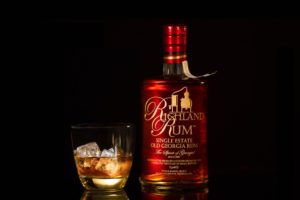 So the Vonks bought and renovated a turn-of-the-century building on Broad Street, and wisely changed the name of their product from Vennebroeck Velvet to Richland Rum.

With his wife, Karin, Erik traded in their home-built 20-gallon still for a 200-gallon pot-bellied copper still from Portugal. They released the first bottle of Richland-branded rum in 2012.

Over a thousand people tour it monthly, and it’s done wonders for downtown Richland. 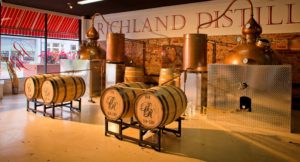 Nearby are the onion-dome-shaped copper stills where the rum is cooked, then poured into charred virgin oak barrels and aged for two years.

Across a courtyard in a separate building, the Vonks pour tastings of their rum in an elegantly appointed room that evokes the Old World ambience of the Netherlands.

In an email to REVITALIZATION publisher Storm Cunningham, Karin said “Most of these seven buildings were boarded-up for over 2 decades. All buildings were store fronts dating back to 1896!” 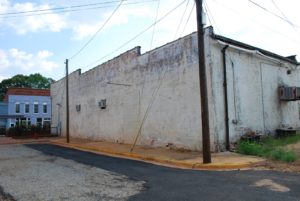 “I think big change is coming,” says Rossi Ross, chair of Richland’s Downtown Development Authority. “I think right now we are just getting started. Within the next five to ten years, you are going to see Richland change completely.”

The grand opening of a second distillery will take place this fall in a vacant, boarded-up old building in that long-struggling downtown. 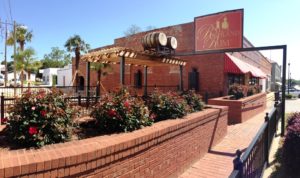 “This is going to be a great step in furthering the revitalization we have underway,” says Mathew Hill, executive director of the Brunswick Downtown Development Authority.

In fact, revitalization has picked up even prior to that opening.

The mere announcement of the distillery boosted confidence in the future of Brunswick’s downtown area, which has attracted a microbrewery.

NOTE: To learn more about how inspiring confidence in the future of a place should be the primary goal of all devitalized communities, read this.

All photos courtesy of Richland Rum.