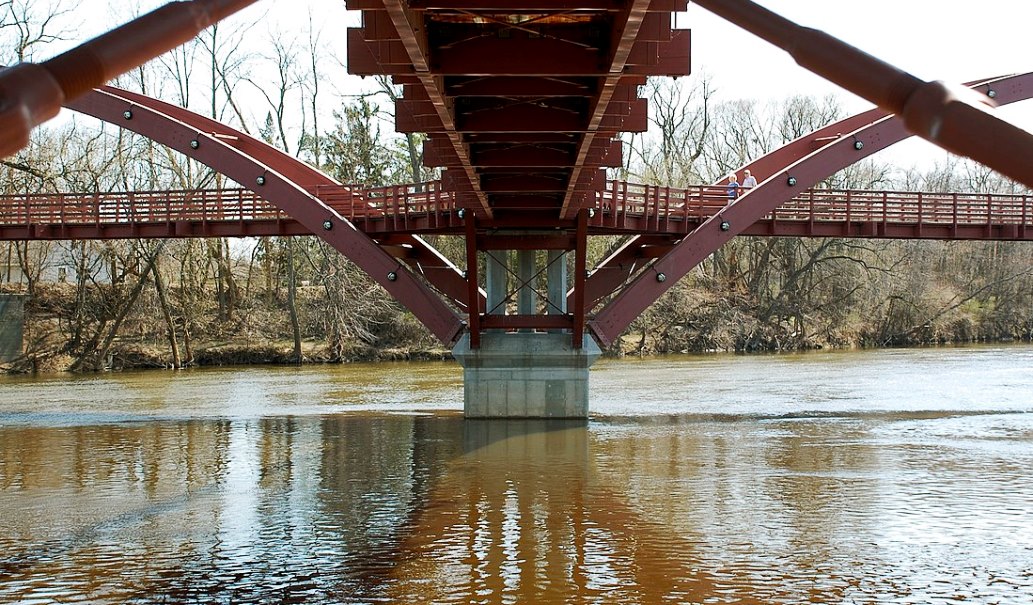 The Dow Chemical Company facility in Midland, Michigan, began operating in 1897. Chemical production through the years resulted in the generation of waste products, including dioxins, which were released into the Tittabawassee River. These chemical waste products contaminated the Tittabawassee River and its floodplains and moved into the Saginaw River and Saginaw Bay.

The Saginaw Chippewa Indian Tribe—supported by federal agencies and the state of Michigan—sued Dow for damage to their health and natural resources, hoping to obtain funding for large-scale environmental restoration.

According to a complaint filed on behalf of federal, state and tribal natural resource trustees, Dow released dioxin-related compounds and other hazardous substances from its Midland, Michigan, facility, and such releases caused injuries to natural resources. The complaint alleges that hazardous substances from Dow’s facility adversely affected fish, invertebrates, birds and mammals, contributed to the adoption of health advisories to limit consumption of certain wild game and fish, and resulted in soil contact advisories in certain areas including some public parks.

Under a proposed settlement announced by the United States, the State of Michigan and the Saginaw Chippewa Indian Tribe of Michigan, Dow will implement and fund an estimated $77 million in natural resource restoration projects intended to compensate the public for injuries to natural resources caused by the release of hazardous substances from Dow’s Midland, Michigan facility.

“With this settlement, the natural resources in the Saginaw Bay area will be restored through the creation of natural habitat areas, nature preserves, hiking and biking trails, and greater access for fishing, hunting, and canoeing,” said U.S. Attorney Matthew Schneider of the Eastern District of Michigan. “We are thankful to Dow and the trustees for their work in reaching this excellent result, which will benefit the residents of the Saginaw Bay area and the wildlife and waterfowl that inhabit it.”

This natural resources settlement is separate from the ongoing cleanup of the area being implemented by Dow under the direction of the Michigan Department of Environment, Great Lakes, and Energy and the U.S. Environmental Protection Agency. Under this settlement, restoration work can begin within the watershed, while cleanup efforts in and along the rivers continue.

“The settlement requires Dow to implement and fund restoration projects outlined in a draft restoration plan that will benefit fish and wildlife and provide increased outdoor recreation opportunities for the American public,” said Charles Wooley, Regional Director for the U.S. Fish and Wildlife Service. “This restoration work can now begin even while separate, ongoing clean-up efforts continue.”

Dow will implement eight natural resource restoration projects described in the settlement at the company’s expense, subject to oversight and approval by the natural resource trustees. In addition, Dow will pay $6.75 million, plus interest, to a Restoration Account that will used by Trustees to fund five other restoration projects described in the settlement. The proposed settlement, which was lodged in the U.S. District Court for the Eastern District of Michigan, is subject to public comment and to approval by the court.

“Today’s settlement is good news for communities in this region, and it builds upon ongoing cleanup efforts under the direction and supervision of the EPA and the Michigan Department of Environment, Great Lakes and Energy,” said Principal Deputy Attorney General Jonathan Brightbill of the Justice Department’s Environment and Natural Resources Division. “The extensive habitat restoration provisions of this settlement will help accelerate recovery of natural resources over a large area where resources have been adversely impacted as a result of decades of exposure to Dow’s hazardous substances.”

Finally, Dow is required to reimburse costs previously incurred by federal and state trustees in connection with the assessment of natural resource damages relating to Dow’s toxic releases.

“The trustees are working to compensate the public for past and expected future losses to recreational fishing, park use and hunting as a result of public health advisories issued because of releases from Dow’s Midland facility,” said Michigan DNR Director Dan Eichinger. “We appreciate being at the table to ensure that the citizens of Michigan are appropriately compensated for resource damage, and we look forward to continuing to improve the natural resources, wildlife and fisheries opportunities for people within these areas.”

The restoration projects described in the settlement compensate the public for injuries to natural resources, including lost uses of natural resources by recreational anglers, park users, and hunters, by improving habitat for fish and game species, and through creating new – or improving existing – habitat areas that also provide public access to natural resources in and around the Tittabawassee River, Saginaw River and Saginaw Bay.

Several restoration projects under the settlement will benefit fishery resources through measures that include construction of fish spawning areas in Saginaw Bay, construction of a rock ramp or similar structure to promote increased fish passage over a dam situated at Dow’s Midland facility and improvements to water control structures in the Shiawassee National Wildlife Refuge.

Other projects will enhance and preserve natural habitat on thousands of acres of property. Several projects will include planting native species and using natural seedbeds to restore diverse types of suitable natural habitats in areas that currently provide limited habitat value to wildlife. Some projects include provisions for creation of new wetland habitat or enhancement of existing wetland areas. One project will preserve an extensive green corridor along the Tittabawassee River that will be beneficial to wildlife.

Several of the restoration projects will establish publicly accessible nature areas that will provide increased opportunities for recreational use and enjoyment of restored natural resources, through establishment of amenities such as nature trails, fishing platforms, and a bike trail. One of the projects will support increased recreational boating and fishing in Saginaw River and Bay by expanding an existing boat launch facility at the mouth of the Saginaw River.

In addition to resolving natural resource damage claims against Dow, the proposed settlement also incorporates an agreement, exclusively between the State and Dow, that would waive potential State claims for recovery of a limited set of response costs identified in the settlement, in exchange for Dow’s commitment to implement two other projects along the lower Saginaw River that are not part of the Trustees’ proposed natural resource restoration program.

Similarly, except for the limited waiver of State response costs referred to above, the settlement does not resolve Dow’s liability to reimburse the governments for costs they incur in responding to contamination from the Midland facility.

Finally, the proposed settlement will resolve potential claims by Dow against the United States for recovery of a portion of any natural resource damage expenses and cleanup costs relating to any past or future releases of hazardous substances from the Midland facility. Dow contends that the United States is liable for a portion of these costs, based primarily on federal involvement in WWII era production activities at the Midland facility.

“In addition to the Natural Resource Damage Assessment and Restoration settlement, the State is simultaneously resolving some claims with Dow that will result in both the funding and the property to support two additional projects that benefit the community,” said Michigan EGLE Director Liesl Eichler Clark. “These projects include a docking facility and education center to bolster BaySail’s environmental science program and the renovation of the Saginaw River Rear Range Lighthouse to allow public use.”

The natural resource trustees assessed injuries to natural resources under the Natural Resources Damage Assessment and Restoration program, which aims to compensate the public for past, present and future loss of fish, wildlife habitat and use of natural areas resulting from releases of contaminants into the environment.

As part of this program, the trustees identify parties responsible for contamination and either litigate or negotiate settlements to fund restoration actions.

Featured photo by Phil Squattrito shows the Tridge, a three-way bridge at the confluence of the Tittabawassee and Chippewa rivers.

See website of the Saginaw Chippewa Indian Tribe of Michigan.