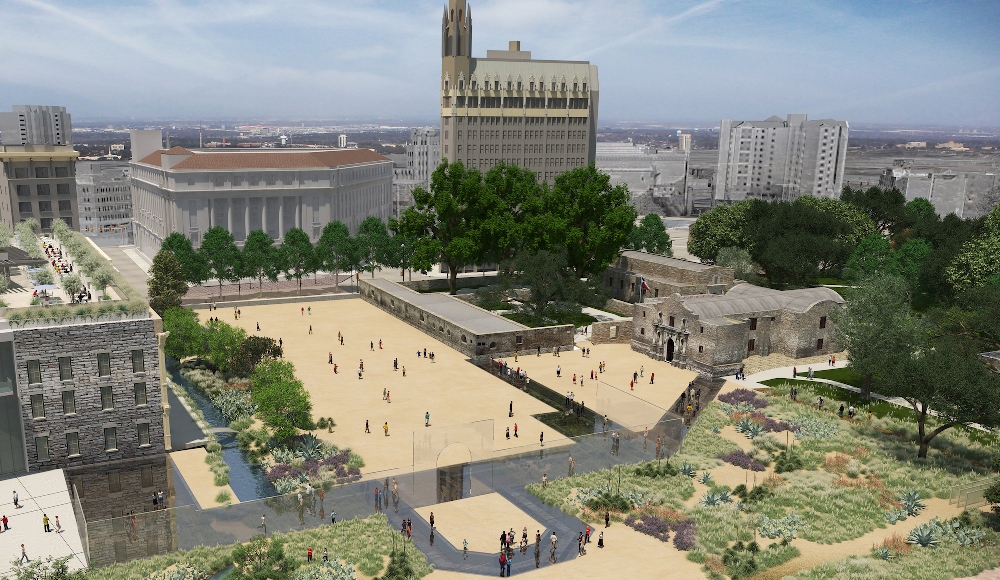 In 1829, Mexico outlawed slavery (it would take the USA another 34 years to follow their lead). For many decades, American cotton farmers and cattle ranchers had operated on lands in northern Mexico, with no problems. But they were mostly slave owners, to they definitely had a problem with Mexico’s new laws.

In response, they declared a vast section of Mexico to be part of the U.S., to be named Texas. The feds in Washington, DC–in keeping with it’s long-held doctrine of “manifest destiny”–helped the salvers in their “noble quest for freedom”.

The Battle of the Alamo in 1836 was the last Mexican victory in defense of their lands. Texas was officially created when the U.S. won the Battle of San Jacinto later that year. One of the first actions of the newly-formed government of Texas was to declare slavery legal. 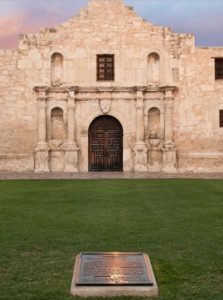 The Alamo has long been San Antonio’s most popular tourist attraction. But visitors were often disappointed by their experience, so a major revitalization of the site is underway. “[The plaza] was not a real hospitable place,” says Alamo Management Committee Tri-Chair Gene Powell, who is also a member of the Alamo Endowment Board. As a result, the major redevelopment that’s currently planned will have vegetation, a water feature, chairs, benches, and plenty of tree canopy to allow visitors respite and an opportunity to reflect on the historic site.

While trees will be added to the periphery, one goal of the redevelopment is to restore the original treeless central plaza. “This was a working courtyard where people would do all sorts of activities,” says George Skarmeas, design director at Preservation Design Partnership (PDP). His Philadelphia-based firm has been hired to design the multi-million dollar joint master plan for the historic site.

The Alamo Master Plan’s first draft is due to be unveiled this summer. The $450 million project so far is on track to be completed in time for the Alamo’s 300th birthday in 2024. Both the City and the State have committed funds to the redevelopment so far, and $21 million additional City funds are included in the proposed 2017 Municipal Bond. Powell said he and his team are in talks with the Legislature to secure more public dollars. Subtracting from the total, he estimates that there are about $225 million left to secure through various financing methods and philanthropy. The Alamo Foundation is working diligently on the latter.

The Alamo is one of the most important historical sites in the world. With a story more than 300 years old, it’s no wonder that more than one million people come to see it each year. They come to learn about its days as a Spanish mission or to walk the ground Lt. Col. William Barret Travis did before he wrote his “victory or death!” letter.

These hallowed grounds have a big story to tell, but after centuries of urban development, that story is often misunderstood. That is about to change. It’s time to re-imagine the Alamo.

The State of Texas General Land Office, the City of San Antonio, and the private Alamo Endowment are teaming up to Reimagine the Alamo by developing a new master plan for the Alamo and surrounding acres.