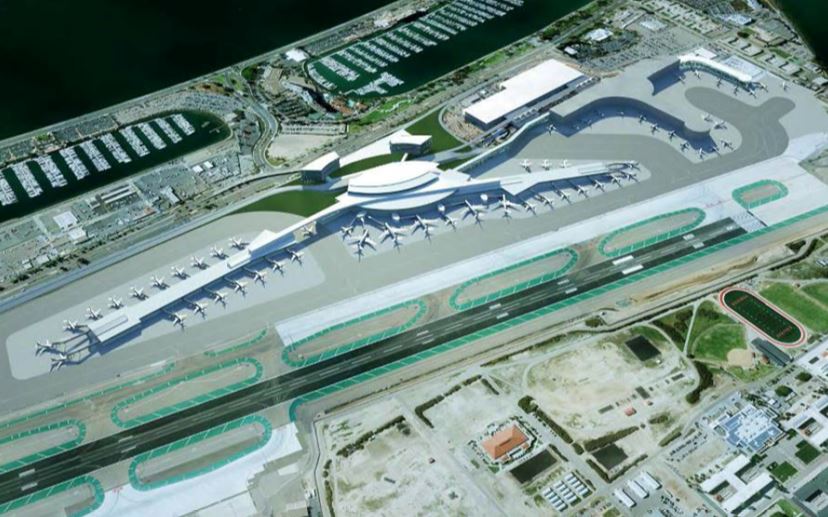 Serving a record 22 million passengers in 2017, San Diego International Airport (SAN) offers nonstop services to 70 destinations in the continental U.S., Europe, Asia, Mexico and Canada. In operation since 1928, the airport is celebrating 90 years of service to the San Diego region. The airport has been managed by the San Diego County Regional Airport Authority since 2003.

On July 9, 2018, the San Diego County Regional Airport Authority released the Draft Environmental Impact Report (DEIR) for its Airport Development Plan (ADP), the centerpiece of which is the replacement of the 51-year-old Terminal 1.

“This is the official launch of the most extensive improvement of San Diego International Airport (SAN) in its 90-year history,” said Kimberly J. Becker, Airport Authority President/CEO. “Upon completion, San Diego residents and visitors will enjoy a truly 21st century airport for decades to come.”

With construction anticipated to begin in early 2020 if approved, the project elements also include a new on-airport entry roadway, dual-level roadway and curbfront at the new Terminal 1, expanded close-in parking, and major airfield efficiency improvements. The ADP is a master plan designed to optimize the 661-acre site to accommodate the region’s demand for air travel and maintain high levels of passenger satisfaction.

Current plans call for the Terminal 1 replacement (Phase 1a) to open in 2023. The cost for the entire project is estimated not to exceed $3 billion. As a self-sustaining enterprise that does not levy taxes, the Airport Authority will fund the project primarily through ongoing user fees. Phasing of the project elements will allow the Airport Authority to meet demands that might change over time, as well as facilitate financing.

“While this is a significant undertaking, it is essential to enhance the customer experience and serve the needs of our region into the future,” added Becker. “Our commitment to the community, as well as the tenets of sustainability, will drive us to deliver the most environmentally friendly project we can.”

The July 9 announcement marked the start of a 45-day public review and comment period slated to close August 23. Public involvement is encouraged. The DEIR is online at www.san.org/plan and comments may be submitted to planning@san.org.