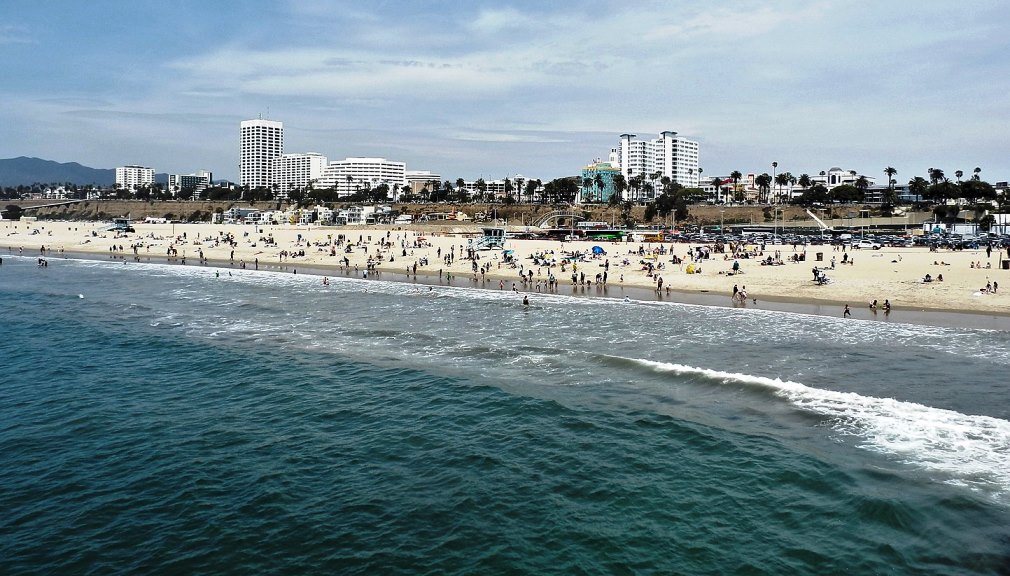 On August 13, 2019 the city of Santa Monica, California’s Clean Beaches Project for Pier Drainage Basin received the Envision Gold award for sustainable infrastructure from the Institute for Sustainable Infrastructure (ISI).

Santa Monica Pier was ranked as one of the dirtiest beaches in California after a bacterial study was conducted in 2015. The Clean Beaches Project was delivered to improve beach water quality and increase the city’s drought resiliency by increasing the diversion capacity at the Santa Monica Pier storm drain outfall. 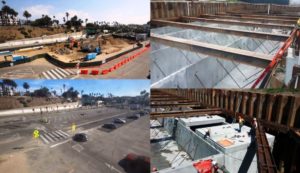 The project consists of a flow diversion structure to direct stormwater and urban runoff from the Pier watershed into a subsurface facility beneath Ocean Front Walk. This subsurface storage facility is designed to hold 1.6 million gallons of water, which is equivalent to an 85th-percentile storm event (a storm event whose total precipitation is greater than or equal to 85 percent of all storm events in the contributing drainage area over a given period of time).

Harvested water will be diverted for treatment at the Santa Monica Urban Runoff Recycling Facility (SMURRF) and distributed for non-potable water uses throughout the city. The project also includes the construction of a new parking lot facility for visiting beachgoers.

The $15 million Clean Beaches Project was partially funded by the California State Water Resources Control Board‘s Clean Beaches Initiative Grant Program, with a local match from the City Clean Beaches and Oceans Parcel Tax, “Measure V” which was passed with over two-thirds of the city’s voting residents voting in its favor.

The City of Santa Monica worked in close collaboration with the California State Water Resources Board, Tetra Tech, and Reyes Construction to deliver this award-winning sustainable project.

The Envision system examines the impact of sustainable infrastructure projects, through five distinct categories: Quality of Life, Leadership, Resource Allocation, Natural World, and Climate and Resilience. These key areas contribute to the positive social, economic, and environmental impacts on a community.

A study conducted by Loyola Marymount University in which researchers tested the water quality at various sites being treated under California’s Clean Beaches Initiative determined that the original stormwater and urban runoff diversion at Santa Monica Pier was one of the most successful projects among 17 others of a similar scope. The study showed a reduction of bacteria by over 71%. This project, which provides stormwater diversion, improved water quality at Santa Monica Pier as well as the overall quality of life for residents and will help attract more visitors to the area as well.

In addition to the flow diversion system and subsurface storage facility, the constructed project also includes a public parking lot which will reduce congestion at the Pier and provide residents and visitors with improved access to the beach. The project site was previously a storage yard and was converted into this public parking facility in accordance with the City’s Zoning and Municipal Code, which requires the use of efficient lighting, stormwater management techniques, and landscaping.

The Santa Monica Clean Beaches Project improves sustainability through community-wide systems integration. The project diverts stormwater and urban runoff from an existing storm drain system to prevent it from being overloaded, treats it, stores it, and pumps it to the Santa Monica Urban Runoff Recycling Facility (SMURRF).

Prior to stormwater being diverted to an underground storage reservoir, it is treated via a hydrodynamic separator, a process that separates trash, debris, and sediment from the water before it is sent to the reservoir. It is then pumped from the reservoir to the SMURRF for further treatment to non-potable reuse standards. Recycled water from the SMURRF is then used for dual-plumbed systems and irrigation in the city reduce potable water demand and improve the city’s drought resilience.

“It’s great to see such an important project from an environmental and public health and safety perspective deploy Envision as a tool to improve its sustainable performance,” said Melissa Peneycad, ISI’s Managing Director.

“The Santa Monica Clean Beaches Project will improve beach water quality which will benefit residents, businesses, and visitors alike. In addition, this project reduces strain on existing storm infrastructure and improves the city’s drought resiliency. ISI is pleased to present this project with an Envision Gold award for sustainable infrastructure,” she concluded.

Featured photo of Santa Monica State Beach is by Alexander Migl via Wikipedia.