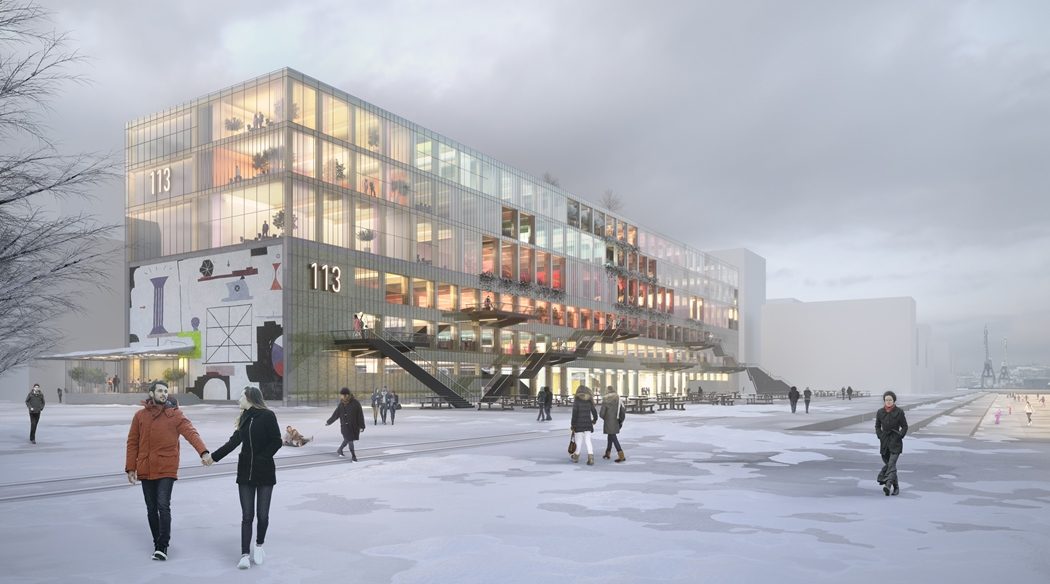 The largest urban redevelopment project in Scandinavia, Frihamnen RiverCity, is taking place in Gothenburg, Sweden, as previously reported here in REVITALIZATION. Gothenburg is the second-largest city in Sweden, and the fifth-largest in the Nordic countries. 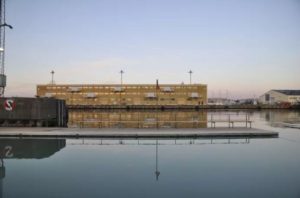 Magasin 113 as it looks today.Photo courtesy of City of Gothenberg.

The city is on the west coast of Sweden, with a population of approximately 580,000 in the urban area, and about 1 million in the overall metropolitan area.

Now, a major component of that massive revitalization of Gothenberg’s largely-derelict old industrial waterfront has been announced.

It’s been designed by the Dutch architectural firm MVRDV (Gothenberg was founded by Dutch traders in 1621) to repurpose these ancient properties into a vibrant, inclusive new urban neighborhood. 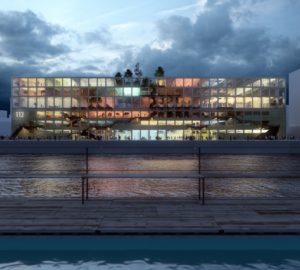 The entire site occupies the edge of an existing public square.

Magasin 113 will be located in a historic warehouse (a magasin is a type of warehouse), which will feature flexible offices, an art center, pop-up spaces, a café, tourist information, shops, a restaurant, and studios.

Gothenburg-based advertising agency Forsman & Bodenfors and Göteborgs Konsthall have already announced plans to establish their offices in the building.

The current brick façade and interiors of the warehouse will be restored and repaired, with the existing concrete frame will support three new levels of timber-framed floors above. 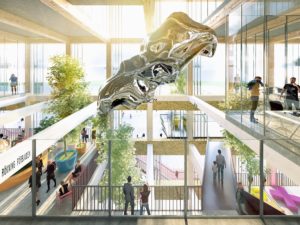 These new levels will create space for additional programs and allow the experience of different atmospheres across levels from ground level upwards.

To combine the need for insulation and the desire to maintain the existing brick facade, a transparent glass protective “raincoat” will be wrapped around the existing warehouse and the new extension on top.

This will create an interesting blend of old and new, raw and smooth, solid and transparent. 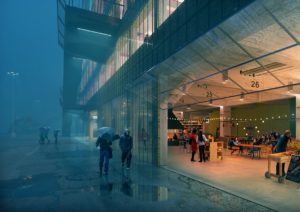 A new public space will be carved out between these two levels, enabling public activity from the exterior square within the building. Inside, a family of different types of stairs weaves through the building to create a dynamic but visually unified public route through space.

New stairs will also be placed along the main facade on the waterfront side, creating new connections between the different loading balconies and the main public plaza in front of the building. 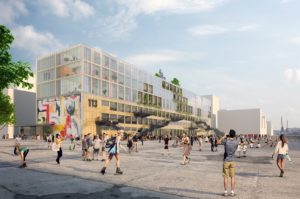 Magasin 113’s location will become a public node through its tight connections to other public spaces in the area.

Combined with the nearby park and pool, it aims to attract a wide range of tenants and services. In yet another example of the 3Re Strategy, the designers are repurposing, renewing, and reconnecting this abandoned warehouse to form an inviting and desirable neighborhood, forming a better link between the city center and the river.