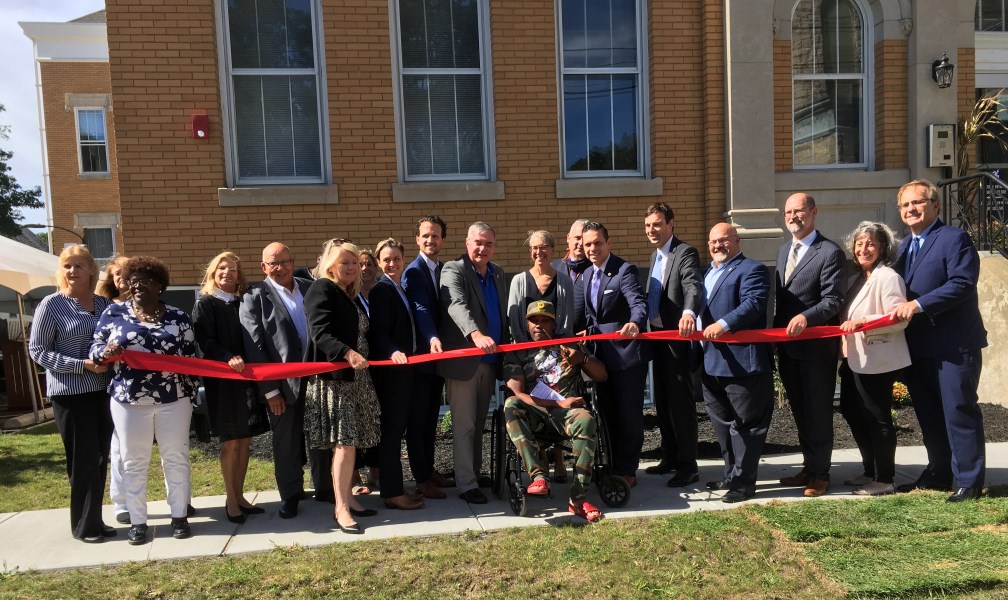 On September 21, 2021 in Schenectady, New York, the Renaissance Square Apartments were completed. 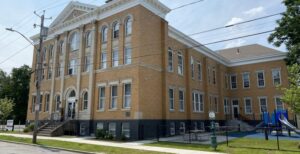 “Hardworking New Yorkers need a place where they can live affordably in a safe and attractive neighborhood, with access to the community services they can rely on to thrive,” Governor Kathy Hochul said.

“Through an adaptive reuse of this historic structure, Renaissance Square Apartments is breathing new life into this long-dormant swath of Schenectady’s Eastern Avenue neighborhood, bringing with it the affordable homes that will help further the remarkable transformation this city has undergone in recent years,” she added.

Built in the early 20th century, the St. Mary’s School at 104 Irving St. closed in 1979 and had fallen into disrepair. The building’s conversion into 25 apartments was designed to preserve the structure’s original architectural elements, including the exterior arched windows and brickwork.

HCR Commissioner RuthAnne Visnauskas said, “Our investment in the $20 million Renaissance Square Apartments is a continuation of the state’s efforts to reinvigorate Schenectady with new affordable housing and expanded services. The century-old St. Mary’s School had become an eyesore and a hazard, but the building’s transformation is representative of what can be accomplished when we work together with local stakeholders to solve problems and meet the community’s unique needs. Through our partnership with Better Community Neighborhoods, Inc. and Home Leasing, these 55 new homes will enhance quality of life for Schenectady’s families and energize economic growth in the Eastern Avenue Neighborhood.” 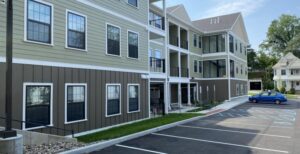 The three vacant commercial buildings at 817, 819 and 823 Eastern Avenue were demolished and replaced with a new two-story structure containing 30 apartments.

Office Parks, Recreation and Historic Preservation Commissioner Erik Kulleseid said, “The Renaissance Square Apartments was originally constructed in 1913 to serve as the school for the St. Mary’s Roman Catholic Church parish. Listed on the state and national registers in 2017, the former school represents the growth and pride of an early 20th century Polish immigrant community that came to Schenectady to work in the bustling workshops of General Electric Co. More than 100 years later this site has been revitalized to serve its community once again and has utilized the historic credit tax programs to preserve the site for future generation’s benefit.” 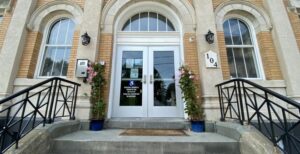 Schenectady Mayor Gary McCarthy said, “Today’s announcement is a major milestone in our revitalization efforts along the Eastern Avenue corridor. In just the last couple of years this half-mile stretch from Landon Terrace to Elmer Avenue has seen a vibrant transformation with over a dozen recently completed or ongoing neighborhood revitalization initiatives. On behalf of the City of Schenectady, I want to thank all of our incredible economic development partners involved in this effort for supporting progress in our community.” 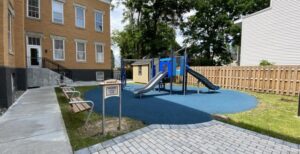 Home Leasing CEO Bret Garwood said, “Renaissance Square furthers the goal to create affordable housing in Schenectady, NY, and Home Leasing is thrilled to participate in the exciting effort to improve the quality of life. The preservation of the old St. Mary’s School and the newly built apartment building on Eastern Avenue will provide 55 welcoming apartments to residents. Thank you to our local community development partner, BCNI, New York State Homes & Community Renewal, and all of our partners in this community.” 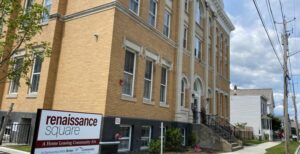 BCNI Board President Chad Kilbourne said, “Renaissance Square represents BCNI beginning to realize our vision and the impetus of our merger in continuing to invest in Schenectady’s neighborhoods and the people who live there in ever increasing capacity and coordination across multiple sectors of our community. We are honored to be a part of such a great compliment of committed people with the backing of our civic, foundation and nonprofit and for-profit colleagues for the continued advancement of our community.”

Renaissance Square Apartments is part of the state’s unprecedented $20 billion, five-year housing plan. Homes and Community Renewal is in the final year of the plan, which makes housing accessible and combats homelessness by building and preserving more than 100,000 units of affordable housing and 6,000 units of supportive housing. Since 2011, the agency has invested $490 million in the Capital Region to create or preserve nearly 5,600 affordable homes.

Other local and state leaders also praised the project:

Assemblyman Angelo Santabarbara said, “Completion of the Renaissance Square Apartments is truly transformative, reviving long vacant properties with quality affordable housing for city residents. This project will ensure more families can stay and put down roots right here in Schenectady, adding strength to our community. Residents who will live in these units are the lifeblood of our city. They deserve access to supportive, modern housing and this complex is the result of smart state and federal investment into that critical resource.”

Senator Jim Tedisco said, “The completion of the Renaissance Square Apartments will offer more Schenectady residents an affordable place to call home and help continue the efforts to revitalize and bring economic development to the neighborhood.”

Schenectady County Legislature Deputy Chairman Philip Fields said, “The new Renaissance Square Apartments are a welcome addition to the ongoing redevelopment of the Eastern Avenue neighborhood. We are proud of the role that County played through the Capital Region Land Bank and Metroplex to work closely with the State to transform the former St. Mary’s School and a group of vacant buildings on Eastern Avenue into a $20 million asset for the community and quality, affordable housing for our residents.”

New York State Association for Affordable Housing President and CEO Jolie Milstein said, “The incredible transformation of formerly vacant commercial buildings and the rehabilitation of the St. Mary’s School into 55 new, state-of-the-art affordable homes for Schenectady is a testament to the power of New York’s five-year housing plan. We congratulate HCR, Home Leasing, and all of the many partners who made this project possible. The New York State Association for Affordable Housing looks forward to working with the state to implement a new multi-year housing plan to make projects like Renaissance Square possible in every community across New York.”

All photos courtesy of the Office of Governor Hochul.