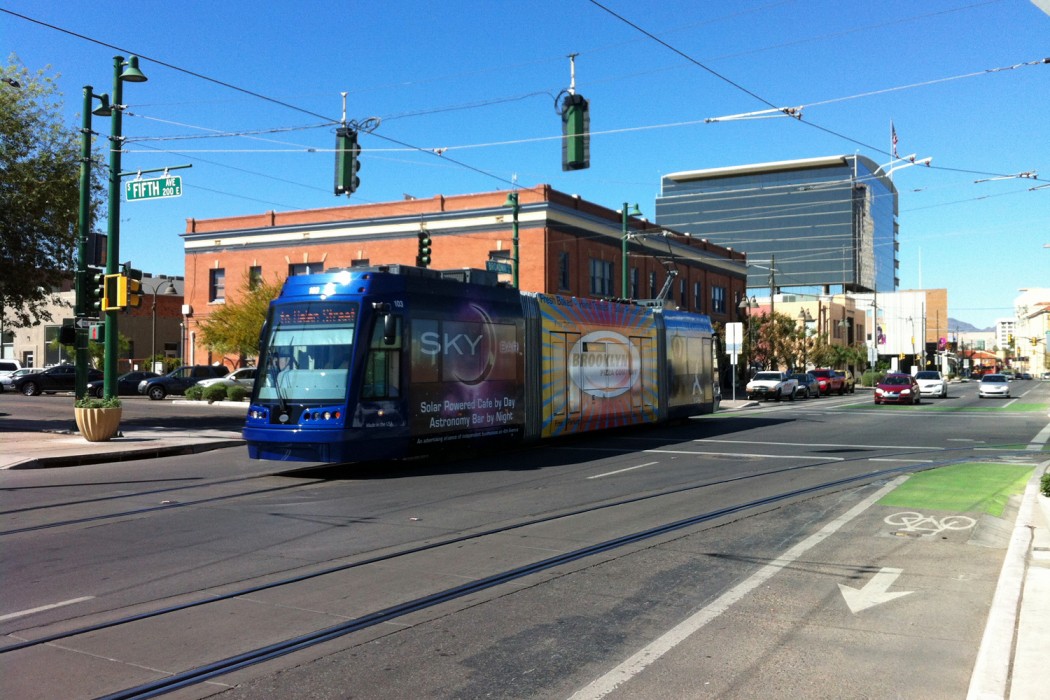 Huge new sprawl is being planned for Tucson, AZ and Albuquerque, NM, despite their successful downtown renaissance efforts. In other words, some of their leaders “get it”, while others obviously don’t.

Nearly all of the planned and approved sprawl “communities” built in the years immediately preceding the 2008 crash still sit empty. The housing bust killed, or at least stalled indefinitely, the mad rush into the desert, but it was aided and abetted by demographic shifts and a renewed desire to live somewhere besides a placeless suburbia.

People were ditching their cars and the long and expensive commute. They gave up the dream of homeownership and headed instead to apartments in the urban core and along public transit lines. Even as the fringe building frenzy withered into the desert, the downtowns of Denver, Phoenix, Tucson and even Las Vegas were getting new life, reversing the declines that began back in the ’50s. If sprawling suburbia wasn’t dead, it was at least taking a pause for the first time since World War II.

The hiatus appears to be over. A year ago, we reported that population growth patterns had shifted, and that suburban areas had again become the fastest growing places in the nation.

Now it looks like new development is revving back up again, too, or at least it’s trying.