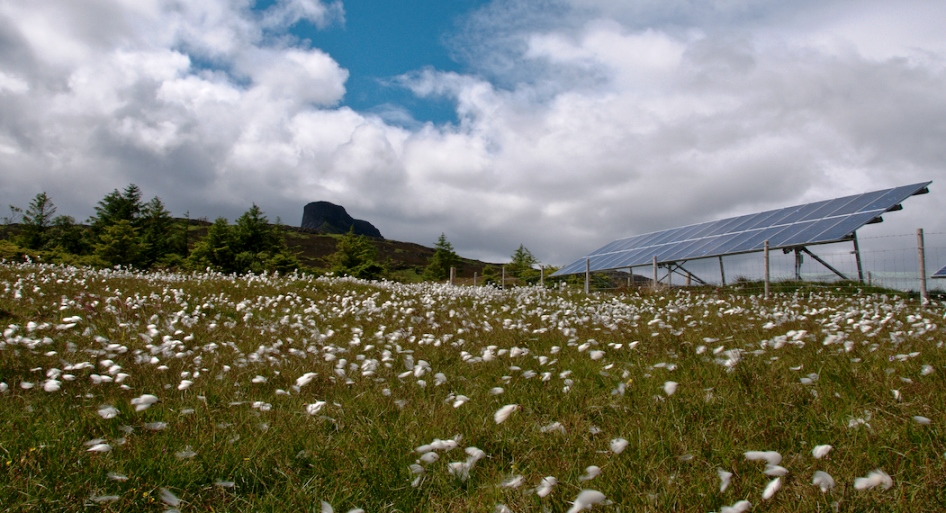 The 12 sq mile (30 sq km) Scottish island of Eigg is setting an example for the world. They have redesigned and rebuilt their energy infrastructure from noisy, dirty, expensive diesel generators (the norm for most of the world’s islands) to a system that is 100% powered by wind, water, and sun. They are now almost completely energy-independent, eliminating a major drag of their economy.

This is a lesson that–if learned globally–would revitalize economies and restore air quality of almost one-fifth of the world’s population.

Eigg is powered by three renewable sources – hydro, wind and solar – integrated into a stable, high-voltage underground grid. On average, Eigg runs on 90-95% renewable energy. There are still times, usually in spring, when the weather doesn’t cooperate and the use of generators is necessary. Two 70 kW backup generators add power and charge the battery bank. 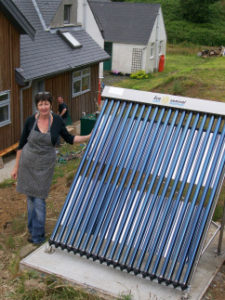 There are days, usually in winter, when the island has the opposite problem: it creates more energy than it can use or store. Just as Eigg Electric has to manage its deficiencies itself, it has to manage its surpluses.

Fortunately, it has a system for that too: whenever there’s a surplus of power, electric heaters in the community hall, pier lobby and two churches automatically turn on. This keeps these shared spaces warm all through the winter and requires “virtually no central heating in the system at all,” says the system’s designer, John Booth, the former director of Eigg Electric. “We don’t charge for it because the whole community benefits.”

The system consists of three hydroelectric generators a group of four small wind generators and an array of solar electric panels sited at different locations around the island as determined by optimum availability of resource. The hydroelectric capacity is approximately 110kW, the maximum output of the wind farm is 24kW and the solar electric panels can produce up to 50kW. The total generating capacity of the whole system is approximately 184kW.

The output of all the renewable energy generators is brought together, controlled and distributed to all households and businesses on the island by way of an island-wide high voltage grid of approximately 11km length. Consumers are supplied via transformers which convert the grid voltage to domestic voltage and which are located in close proximity to clusters of properties. These same transformers provide the means of access to the grid for the energy produced by the renewable generators.

A bank of batteries, capable of providing power to the whole island for up to 24hrs, has been designed into the scheme to enable us to optimise our usage of energy from the renewable resources. To cover occasions when renewable generation is low, the system is supported by a pair of 70kW diesel generators, which act alternately as back up and reserve, and can be switched into the system automatically as a part of the control strategy.

It was an essential consideration in the design and development of the whole project that it should impact upon the natural beauty of the island as little as possible. The whole of the cable routes, both grid and domestic, are buried, and the only parts of the system that are visible above ground are the generators themselves, the transformers and the control building, where the whole system is integrated and controlled. At all locations, the aerial structures have been positioned with due sensitivity for the visual environment and we have overcome obstacles of complex engineering to achieve this.

11 kilometers of cable was laid for Eigg’s grid. From the renewable sources, this high voltage grid delivers electricity around the island, and transformers convert the power to domestic voltage into homes and businesses.

To ensure nobody goes short, each house has a maximum use limit at any one time of 5kW, each business 10kW. 5kW is enough for an electric kettle and washing machine, or fifty 100w light bulbs! Spreading use throughout the day is easy, and OWL meters tell them how much they’re using moment-by-moment.