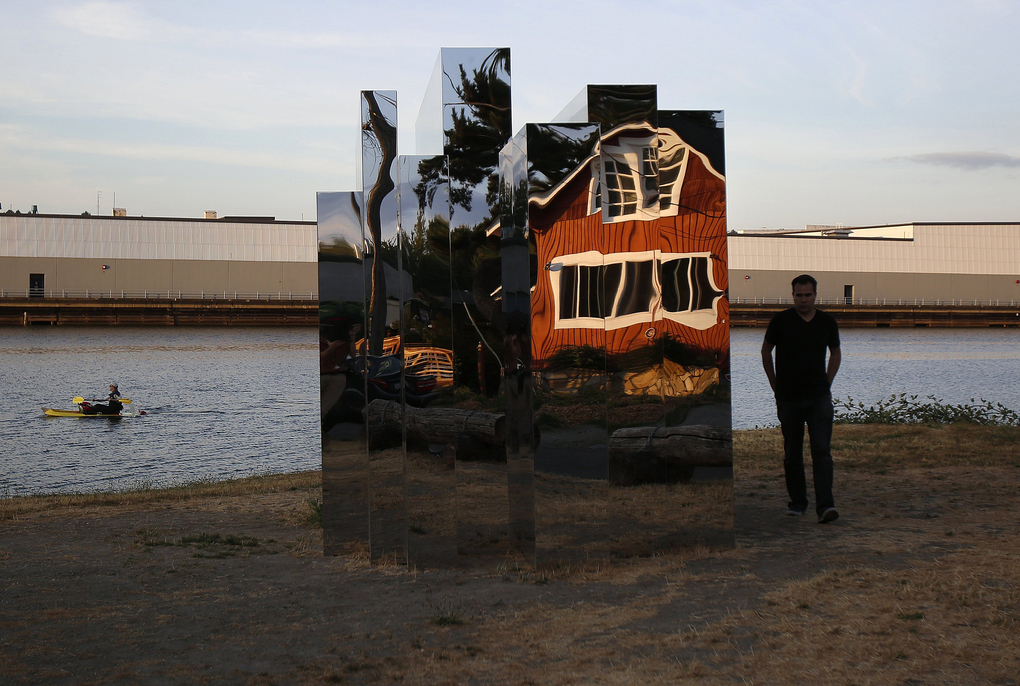 The “Duwamish Revealed” art project in Seattle means to inspire a river’s revitalization. It’s an eclectic series of public-art installations and performances along Seattle, Washington’s Duwamish River this summer is meant to draw attention to clean up efforts and the value of the city’s waterway.

Straightened [by the U.S. Army Corps of Engineers)] from its original windy course in the early 20th century for the purposes of industrial shipping, the river was declared one of the most toxic waste areas in the nation in 2001.

“We feel like if you really want to create lasting change then you need to have dialogues that include everybody,” said landscape architect Nicole Kistler.

Almost everyone involved in the project expressed concern about people not knowing that there is, in fact, a river in Seattle.

Many, like Stephen Reilly, fund development manager for ECOSS, hope that the project can spread the word about the quality of the water for fishing — many local fishermen are recent immigrants who don’t know which fish are safe to eat. Currently, there’s an advisory against eating crab, shellfish or resident fish from the river.

For the Duwamish Tribe, it’s a matter of heritage. James Rasmussen, the coordinator for the Duwamish River Cleanup Coalition and a Duwamish tribal member, considers the river a home.

Rasmussen hopes that the art series will bring people to the river who haven’t been there before, and may not realize that their tax dollars are being spent on the $342 million cleanup.

See photo credit and full article in the Seattle Times.