In Seattle, Washington, Fort Lawton was a United States Army post located in the Magnolia neighborhood, overlooking Puget Sound. In 1973, the majority of the property,—534 acres—was given to the city, and was dedicated as Discovery Park. Both the fort and the nearby residential neighborhood of Lawton Wood are named after Maj. Gen. Henry Ware Lawton.

Fort Lawton was a quiet outpost prior to World War II, but it became the second largest port of embarkation of soldiers and materiel to the Pacific Theater during the war. The fort was included in the 2005 Base Realignment and Closure (BRAC) process. Fort Lawton officially closed on September 14, 2011.

The 34-acre parcel to be redeveloped.Image courtesy of City of Seattle.

Now, on February 4, 2019—in a good example of the 3Re Strategy (repurpose, renew, reconnect)—Ft. Lawton has become a significant part of solving both Seattle’s housing shortage and its housing affordability crises.

The plan includes mixed-income affordable housing, parks, and recreational space in the Magnolia neighborhood. It would create permanent supportive housing for seniors, apartments for low-wage working individuals and families, and home-ownership opportunities. Over 60 percent of the land at the Ft. Lawton site will be used for park and park-related uses, with preservation of existing 100 natural areas that support wildlife habitat. 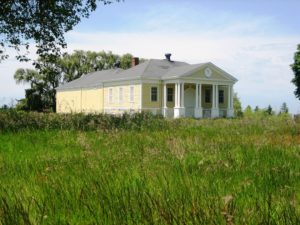 “As we continue to address Seattle’s housing and affordability crisis, this plan builds on our commitment to drive the development of hundreds of more affordable homes while ensuring that our neighborhoods can be vibrant, livable spaces for this generation and the next,” said Mayor Durkan.

“We will continue to listen to the community as we move forward on the redevelopment of this critically important public space,” she continued.

The announced Draft Redevelopment Plan updates the original 2008 plan making it consistent with the Ft. Lawton Army Reserve Center Environmental Impact Statement issued in March 2018. The City has done extensive community outreach during the original process and additional public hearings and meetings conducted in 2017 and 2018, engaging with hundreds of community members and housing proponents from all corners of Seattle.

Durkan will soon transmit the Redevelopment Plan to City Council to allow the City to formally acquire and develop the property.

“This Draft Redevelopment Plan reflects years of discussions and planning with the public and stakeholders and holds true to the City’s vision for social responsibility and environmental stewardship,” said Steve Walker, director of the Office of Housing. “It is exciting to see another step forward in the process to create affordable homes in a high opportunity community.” 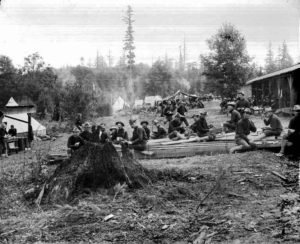 The City is working to foster strong partnerships with community stakeholders, service providers and public agencies to support new low-income residents in the Magnolia neighborhood.

“We look forward to bringing the Habitat for Humanity homeownership model to Ft. Lawton to build community through collaboration,” said Brett D’Antonio, CEO of Habitat for Humanity. “We envision 50 families will be able to purchase a safe, stable affordable home – a life changing opportunity.”

“We have been committed to our partnership with the City of Seattle to bring affordable homes to Magnolia at Ft. Lawton for over ten years,” said Chris Jowell, Director of Agency Operations at Catholic Housing Services of Western Washington. “We are encouraged Mayor Durkan is taking action to move the draft redevelopment plan forward.”