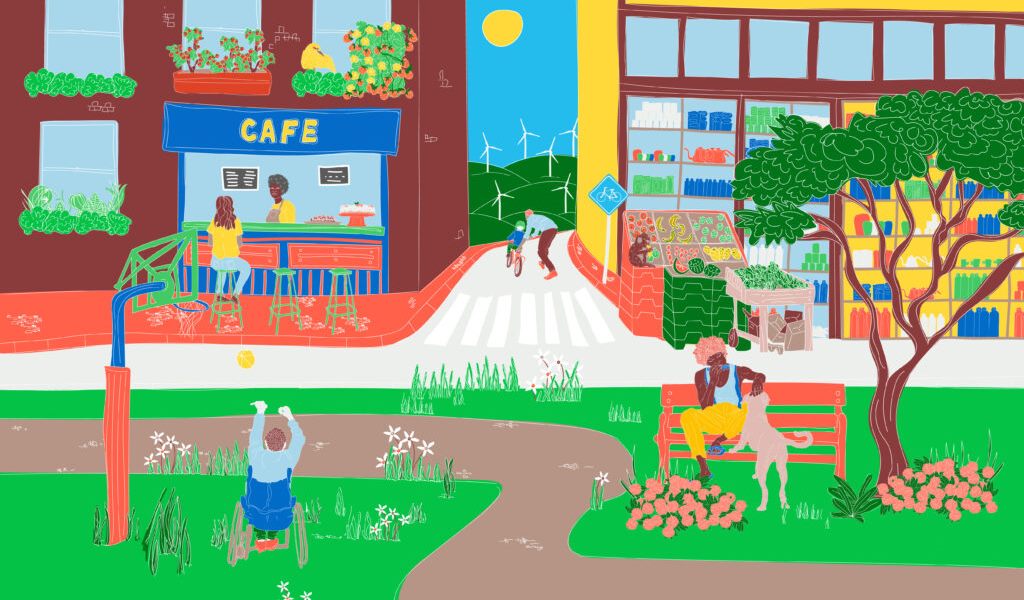 Seattle was nominated for the “Building a Climate Movement” award, alongside other projects reflecting ambitious city-led efforts to support a diverse, inclusive, and equitable climate movement. This is the kind of effort that would work even better if they used the new revitalization and resilience-building tools now being offered by the RISING PLACES initiative.

“Seattle, like cities represented around the globe, is no stranger to severe climate events – over the last few weeks, our residents were blanketed in choking wildfire smoke – with historically underserved communities hit the hardest,” said Harrell.

“That’s why Seattle’s Green New Deal centers the people, connections, and partnerships needed to take bold action, deliver tangible solutions, and support those most in need during climate events which are already impacting us,” he added.

The award decision was made by a panel of esteemed jurors, including climate experts and former mayors.

“We’re honored to receive this award and grateful for the tireless work of community leaders, advocates, and partners helping Seattle create a thriving and sustainable future,” said Harrell continued.

“While the issues of the day in our city demand action and attention, we also know the climate crisis – and its consequences – are not just a future challenge but are being clearly felt today. Our Green New Deal response is a new kind of community-centered effort – addressing longstanding inequities, creating good jobs, and investing in healthy communities as we reduce emissions and build resilience,” he explained.

These investments were the first set recommended by the City’s Green New Deal Oversight Board of 19 community representatives and are funded by proceeds from the JumpStart Seattle payroll expense tax legislation passed in 2020.

“Cities are positioned to experience some of the most dynamic on-the-ground realities of climate change – from the impacts of smoke, flooding, and extreme weather on our large populations and our infrastructure, to climate migration that will find millions of people around the world seeking safety, services, and stability in our communities,” said Councilmember Teresa Mosqueda.

“We’re proud to join cities across the globe that are stepping up to create an equitable response to climate change, from the ground up. Our efforts in Seattle are frontline and fenceline community led—and this honor goes to the advocates and communities in our city who have worked to build this vision, and the broad coalition who fought to create a dedicated stream of funding for the Green New Deal – along with affordable housing, equitable development, and economic resilience investments – through the JumpStart progressive payroll tax,” she added.

The Oversight Board also provided recommendations toward the Mayor’s proposed 2023 budget, which includes over $20 million in new and climate-forward investments.

Over the next two months, the City Council will review the Mayor’s Proposed Budget.

Final adoption of the budget is expected on Monday, November 21.