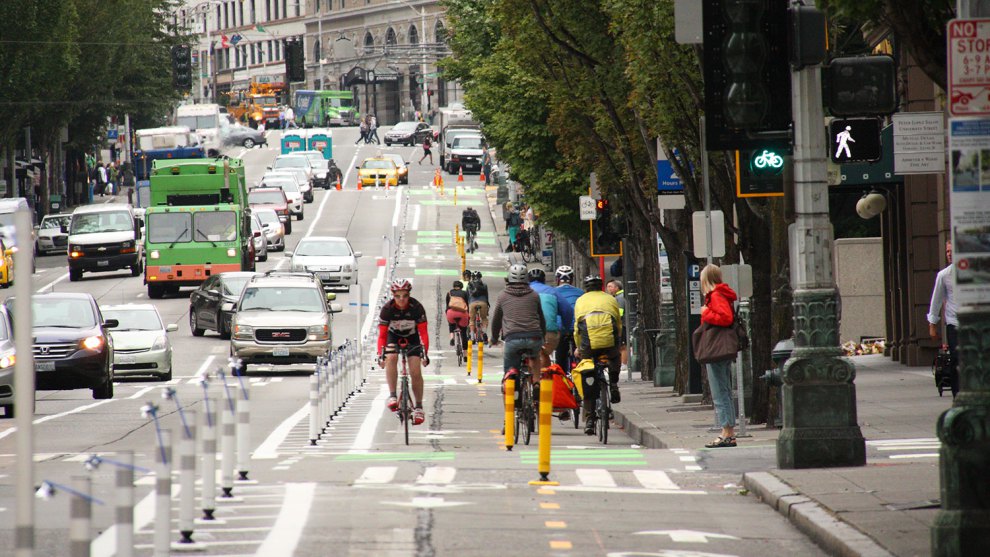 Note from Storm: Seattle, Washington has received much good press in recent years for its leadership in green buildings, and other enlightened environmental policies. It’s also known for its economic health, which has relied almost entirely on its being a technology cluster.

But there are two major threats to its future that will rapidly turn into crises should that tech cluster lose its magic:

Combined, these two weaknesses could empty out the downtown in short order, putting an end to a long downtown revitalization run. The article below describes how the current administration’s enlightened plan to address the city’s stifling automobile infestation, which seriously undermines an otherwise-excellent quality of life.

From the article: Under current Mayor Ed Murray, the Seattle Department of Transportation (SDOT) has laid out an ambitious plan to overhaul the city’s streets. The plan, called Move Seattle, is remarkable in many ways, but none more than this: While it includes maintenance and repair of existing roads, and upgrading bridges to make them earthquake-safe, there are virtually no new accommodations for cars.

Instead, it is a plan to more efficiently move people around the city by bus, transit, bike, and on foot.

Here’s a sampling of the initiatives contained therein: