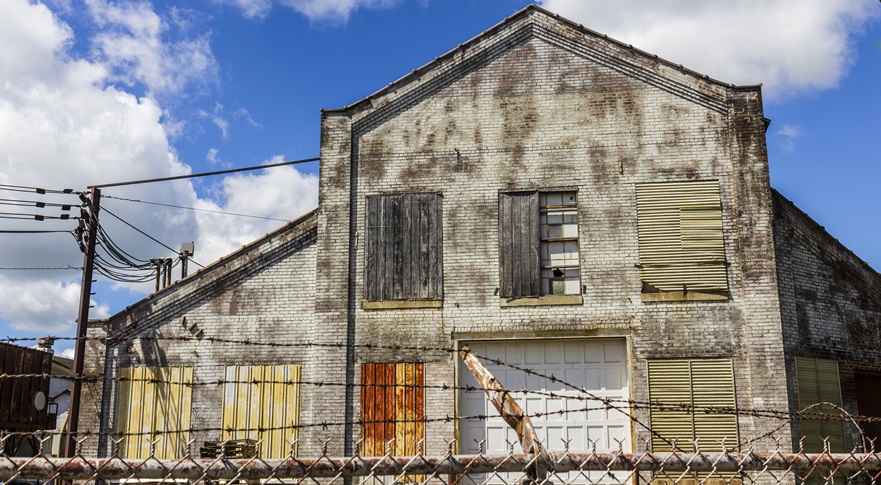 On November 1, 2022, New York‘s governor, Kathy Hochul, announced that the second round of the Restore New York grant program applications are now open.

The $250 million program encourages community redevelopment and neighborhood growth through the elimination and redevelopment of blighted structures.

It’s good that this New York program encourages the reuse and restoration of historic structures. Too many communities just focus on demolition. There will be demolition in this program, of course: not structures can or should be save.

Hopefully, the demolition tactic will be combined with a revitalization strategy, as documented in the 2020 book, RECONOMICS: The Path To Resilient Prosperity. Otherwise, communities risk merely trading “ugly” for “vacant”, which doesn’t do them much good economically. That, unfortunately, is the end result of most demolition-based blight elimination programs in the United States.

This round of funding makes $150 million in grants available to municipalities to support projects that focus on demolishing, rehabilitating and restoring residential, commercial and mixed-use buildings.

The program, administered by Empire State Development, is designed to help local governments revitalize their communities and encourage commercial investment, improve the local housing stock, put properties back on the tax rolls, and increase the local tax base.

“Revitalizing our communities starts with investing in the historic buildings that have long formed the backbone and character of our neighborhoods,” Governor Hochul said.

“Restore New York funding gives localities the resources to transform abandoned and neglected properties into modern, 21st century buildings. By helping to rebuild and strengthen communities across the state, we will stimulate local economies and continue to build back New York better and stronger,” she added.

The goal of Restore New York is to help attract residents and businesses by redeveloping residential, commercial, and mixed-use properties.

Each project should align with the regional strategic plan of the Regional Economic Development Council and projects should be either architecturally consistent with nearby and adjacent properties or consistent with the municipality’s local revitalization or urban development plan.

Funding can be used for vacant, abandoned, condemned or surplus buildings and these properties can be demolished, deconstructed, rehabilitated or reconstructed. Emphasis will be placed on projects in economically distressed communities, projects that leverage other state or federal redevelopment funds and the project’s feasibility and readiness.

Assemblymember Harry Bronson said, “Restore NY is quickly becoming one of our greatest assets for local governments looking to revitalize their communities. As Chair of the Assembly’s Economic Development Committee, I know how vitally important community development and neighborhood growth are to boosting our local economies. I applaud the Governor and Empire State Development for their work in reshaping our communities for our families. It is my hope together we will use this funding to help create an equitable and inclusive economy for all New Yorkers.”

Eligible applicants include counties, cities, towns, and villages within New York State based on the following criteria:

Special projects are where the property causes severe economic injury to the community, leaving a highly visible and blighted property or properties in the central business district of a highly or moderately distressed community which has a depressing effect on the overall economic development potential of the community.

State Senator Anna M. Kaplan said, “Blighted structures are a scar on our community and a drain on local resources, so every time we can revitalize a property and get it back on the tax rolls, it’s a win for all of us. The Restore NY program will combat blight and help our communities recover from the pandemic era, and I urge every municipality to learn more and apply for funds to help move New York forward.”

Applications for the second round are available here.