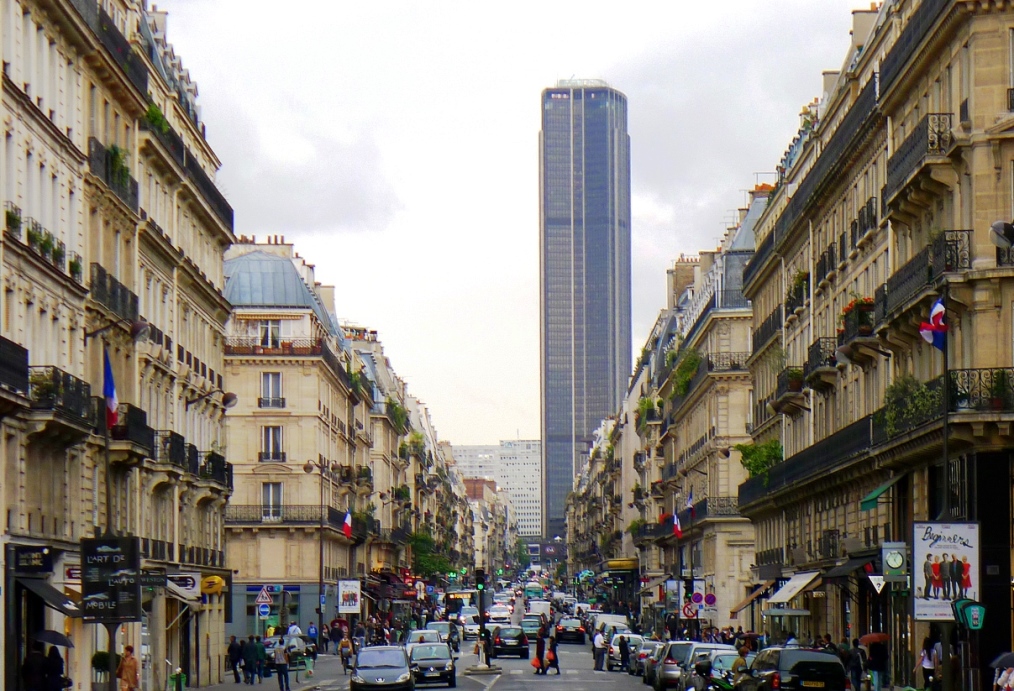 Unfortunately, it’s located in the Montparnasse area of one of the world’s most beautiful cities: Paris, France. 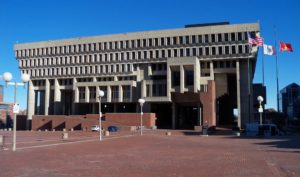 We say “unfortunately” because a 2008 poll of editors on Virtualtourist voted the tower to be the second-ugliest building in the world.

In case you’re curious, the City Hall of Boston, Massachusetts got top honors in the “ugliest building” sweepstakes.

Locals say that the view from the top of the Tour Montparnasse is the most beautiful in Paris.

That’s because it’s the only place from which the tower itself cannot be seen. An epic intersection of incompetent urban planning and bad design, it’s best known as the most hated building building in Paris: a huge, hideous blot on that gorgeous city’s skyline. 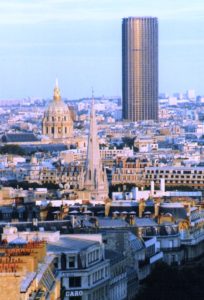 In fact, two years after its completion, Paris banned the construction of buildings over seven stories high in the city center.

Constructed from 1969 to 1973, it was the tallest skyscraper in France until 2011, when it was surpassed by the 231-metre (758 ft) Tour First. It was designed by architects Eugène Beaudouin, Urbain Cassan, and Louis Hoym de Marien and built by Campenon Bernard.

The tower’s simple architecture, large proportions, and monolithic appearance have been criticized worldwide for being out of place in Paris’s urban landscape.

The design of the tower predates architectural trends of more modern skyscrapers today that are often designed to provide a window for every office. Only the offices around the perimeter of each floor of Tour Montparnasse have windows.

Now, on August 17, 2017, it was announced that Chicago-based architects Studio Gang, and nAOM (Franklin Azzi Architecture / Chartier Dalix / Hardel-Lebihan Architectes) have been selected as the two finalists competing to redesign the infamous tower. 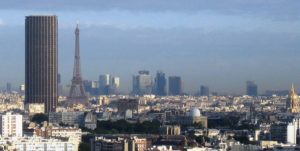 The ugly tower seen with the Eiffel Tower.Photo: Thbz via Wikipedia

The design competition had asked teams to submit a vision for the tower that “not only creates a powerful, dynamic and bold new identity for the Tour Montparnasse but also addresses all the challenges involved in terms of user accessibility, comfort and energy performance.”

“We were considerably impressed by the high standard of all seven proposals submitted but we had to make a choice. After all, that’s what competitions are all about!” the jury said, when explaining their decision. “Both final proposals meet client requirements in terms of a bold urban statement, environmental performance and high-quality user accessibility.”

The view from the top of the tower.Photo: Benh Lieu Song via Wikipedia

“The City of Paris is delighted with the outstanding level of proposals competing in this final stage of the competition,” said Jean-Louis Missika, deputy mayor of Paris for urban planning, architecture, attractiveness, economic development and the Greater Paris (Grand Paris) initiatives.

“Both candidates have demonstrated an expert grasp of the urban challenges posed by the Tour Montparnasse.” 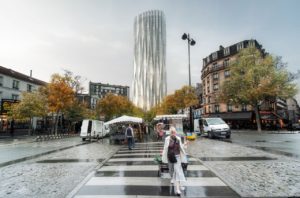 “Their proposals will enable the tower to adapt to the challenges of the 21st century and establish a new landmark in Paris’ modern cityscape,” Missika continued.

The €300 million project is to funded entirely by the building’s co-owners (by way of apology?), so there will be no cost to local taxpayers.

The winning design will be announced in September. Construction should start in 2019, and be completed by 2023.

Featured image is the tower seen from the Rue de Rennes. Photo by Mbzt via Wikipedia.