Thirty years ago, the city of Copenhagen, Denmark was experiencing 17.5 percent unemployment, an out-migration of population, the loss of manufacturing, the decline of taxing capacity, and an annual budget deficit of $750 million.

Today, the city has been transformed into one of the wealthiest (and happiest) in the world. 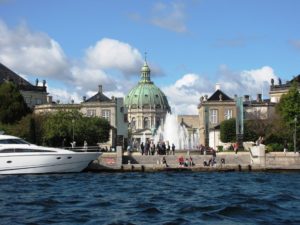 For the past eighteen months, Luise Noring of the Copenhagen Business School and Bruce Katz of the Brookings Institute have examined one of the main reasons for this remarkable turnaround.

The mayor of Copenhagen at the time, Jens Kramer Mikkelsen, put it as follows: “We knew the city was in a desperate situation and we needed to [make large-scale infrastructure investments] to address this situation. However, to pay for the grand infrastructure project we needed serious money. We could not raise taxes. Also, we needed agility and flexibility to operate.”

The solution: transfer vast amounts of public land to a new publicly owned, privately managed corporation. Rezone the land – primarily in the old harbor and an undeveloped area between the airport and the downtown – for residential and commercial use. Then use the revenues projected by smart zoning and asset management — not taxes — to finance cross-city transit infrastructure, thereby spurring the regeneration of core areas of the city. 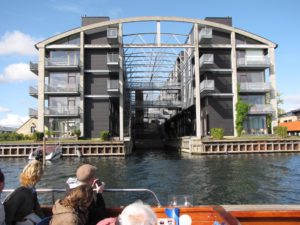 The results of this institutional model have been nothing short of transformative. A vibrant, multi-purpose waterfront. A world class transit system. Thousands of housing units built for market and social purposes in accordance with energy-efficient standards.

A portion of the harbor has even been partly built on surplus soil pulled up from the underground during the metro construction, raising the level of the new land by a meter as protection against climate change and rising sea levels.

The Copenhagen model works because the public sector participates for the long term, reaping enormous benefits as value naturally appreciates from smart public investments. It combines the efficiency of market discipline and mechanisms with the benefits of public direction, legitimacy and low-cost finance.

It is clear that adapting the model to U.S. cities as diverse as Hartford, Pittsburgh, and Houston — and other cities around the world — would be enormously beneficial. But we have a long way to go. 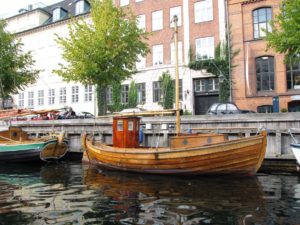 Another success factor: a wealth of waterfront to revitalize. Photo credit: Storm Cunningham

In the face of a radically changed economy, our cities need to upgrade outdated transportation and energy infrastructure and revitalize underutilized industrial and waterfront areas.

Support from the federal and state governments at the right scale and in the appropriate form is highly unlikely. And exclusive reliance on the private sector is a fool’s errand, because it will prevent the public sector from enjoying the fruits of public assets.

With the release of this Copenhagen case study, and the publication of Dag Detter and Stefan Folster’s The Public Wealth of Cities this summer, Brookings hopes to spark a conversation in the United States and beyond about a better way to grow, govern and finance our cities.

There is something replicable in Denmark, and we need to pay close attention.