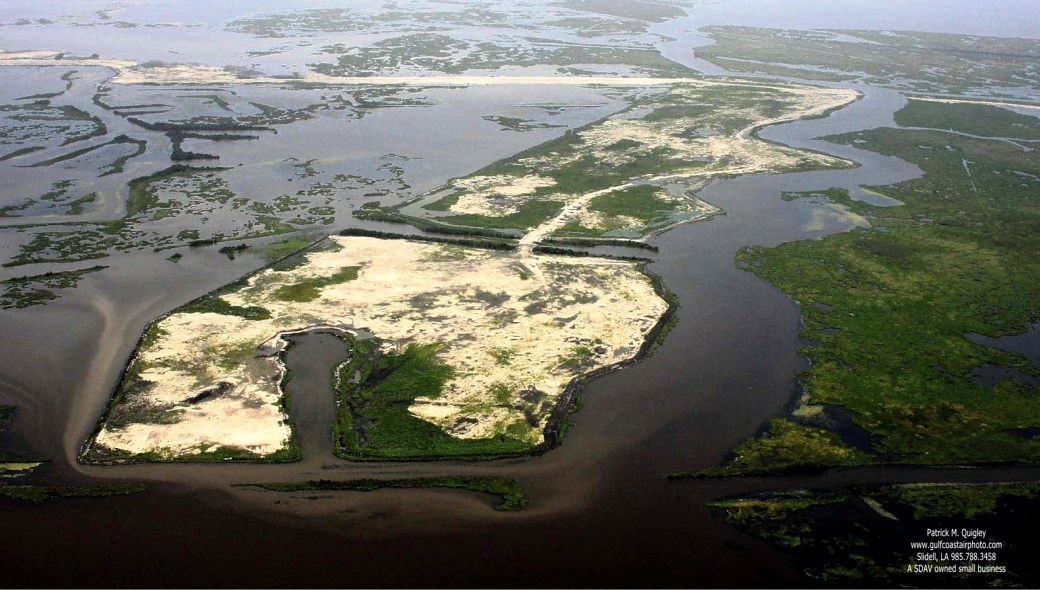 The ecological restoration—and climate resilience—challenge for many of the world’s river delta regions is that some places need what others have too much of. Sediment, to be exact. That’s certainly the case in the Mississippi River delta region. Now, a new task force has been created to study the challenge and make recommendations.

Over past decades, the oil and gas industry has carved-up and dredged the coastal marshes in a way that is causing them to sink. At the same time, the fossil fuels produced by these industries are fueling sea level rise, greatly compounding the risk to the local people and economy. 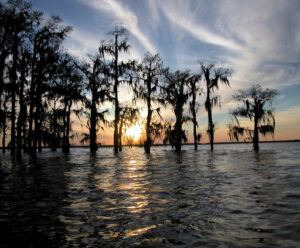 On December 14, 2020, Louisiana Governor John Bel Edwards signed an executive order creating the Atchafalaya River Basin Restoration and Enhancement (ARBRE) Task Force to address long-standing issues in the basin and raise public awareness of the critical nature of these concerns.

“The irony of the Atchafalaya Basin is that while it is suffering from an abundance of sediment, the rest of our coast is experiencing a severe sediment deficit,” said Gov. Edwards.

“The basin’s stressors are not only harming water quality and the environment but also threatening the capacity of the basin to carry flood waters from the Mississippi and Red Rivers safely and effectively. The basin is the nation’s largest river-basin swamp with a rich ecology, and it is past time that it receive more focused attention here in Louisiana and nationally,” he added.

Chip Kline, Chairman of the Louisiana Coastal Protection and Restoration Authority (CPRA), sees the new task force as the intersection of effective interaction among local, state, and federal agencies as well as stakeholders.

“Individual entities tend to focus on the issues most important to them out of necessity,” said Kline. “But there is a bigger picture to consider, and this Task Force will help spur collaboration so we can protect this national treasure.”

The Atchafalaya Basin is one of the most recognizable sources of Louisiana’s unique cultural heritage and lifestyle fueled by a natural abundance of plants and wildlife, and vast opportunities to experience its beauty. The basin also serves a critical role in the flood protection of Louisiana’s citizens.

However, manmade changes (mostly created by the oil and gas companies that have long dominated Louisiana’s economy and politics) have modified historical flow patterns and impacted the hydrology and habitats of the basin, resulting in degraded water quality, excessive sedimentation, proliferation of invasive aquatic species, and rising conflicts among stakeholders.

“As the non-federal sponsor for the Atchafalaya Basin Floodway System Project, CPRA looks forward to working with the ARBRE Task Force in addressing the complicated issues of the basin and their connection with the coastal program,” said CPRA Executive Director Bren Haase.

Both government and non-governmental entities are hopeful the Task Force will be the catalyst to propel needed progress.

“The Atchafalaya Basin has long been a priority system for us,” said Keith Ouchley, State Director for The Nature Conservancy, Louisiana. “These are serious issues that we have not been able to address for a long time, but public awareness can go a long way in helping to address them.”

The Task Force will submit an initial report, due September 1, 2021, to the CPRA Board. The report and associated efforts will seek to elevate critical issues within the basin and the importance of holistic management for navigation, flood control, economics, and restoration.

It will also identify and build support for new and recurring sources of funding, identify shared goals and values, and proactively build consensus and advise the Atchafalaya Basin Program on matters relating to the implementation of the Atchafalaya Basin Floodway System – Louisiana Project and its importance to the State’s coastal program.