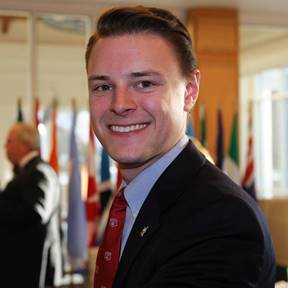 This Guest Article for REVITALIZATION is by James Potter.

For generations, slash-and-burn agriculture has been a way of life for subsistence farming families in the tropics around the world. Families clear cut and burn patches of rainforest to create plots of fertile soil on which to grow their basic food crops; the soil fertility, however, does not last. 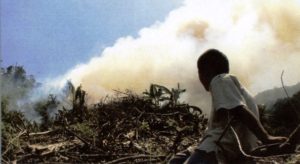 Crop failure and subsequent erosion forces families who depend on slash-and-burn to keep clearing new patches of rainforest every few years just to survive. More than 200,000 acres of rainforest are destroyed every day, and more than two billion tons of carbon—more than all global transport combined—are released into the atmosphere every year.

Slash-and-burn subsistence agriculture has fed millions of families over past centuries; today it maintains some 250 million of their descendants in poverty; its widespread failure is an underlying cause of rural-urban migration and climate refugees.

Damas Nunez in northern Honduras had reached a point of real economic desperation where he decided his best option to feed his family was to flee north and become an undocumented worker. 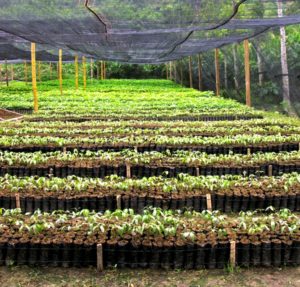 Thousands of Inga seedlings in one of our 2 nurseries in Las Flores.

He visited a friend in the upper reaches of the Cangrejal Valley to say goodbye and saw that Eli had implemented a new agroforestry program—Inga alley-cropping—and he was astounded by it.

Damas visited the Inga Foundation demonstration farm, received training and his own Inga seeds to plant, and the team showed him how to revitalize his degraded plot by planting hedgerows of the nitrogen-fixing Inga edulis. Damas now has food security and cash crops to sell.

Since 2012, the Inga Foundation’s revolutionary agroforestry system of Inga alley-cropping in Honduras has dramatically transformed the lives of 300 subsistence farming families, planted over 3 million trees, and serves as a model for true, environmental sustainability and ecological resilience.

The Inga Tree Model is based on over 25 years of research and Cambridge University trials by Inga’s founder and director, tropical ecologist Michael Hands as to why slash-and-burn agriculture fails so quickly. 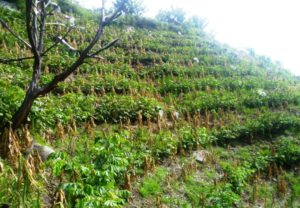 From the 7 years of trials, one system capable of sustaining a harvest was discovered–the agroforestry technique known as alley-cropping, but using the indigenous, nitrogen-fixing trees of the genus Inga rather than conventional alley-cropping species.

The studies demonstrated that phosphorus (P) is the key limiting nutrient in slash-and-burn systems.

Inga alley-cropping works sustainably because it retains and recycles the phosphorus that it inherits from the original burned forest ecosystem.

In addition to this, it also retrieves, retains and recycles the small, supplementary quantities of rock-phosphate. This rock-phosphate replaces the phosphorus lost with each crop harvest and the trees require only an occasional side dressing of K Mag and rock phosphate. 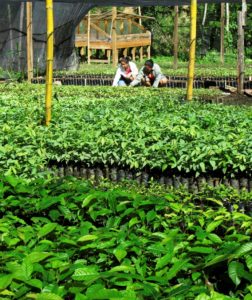 It takes approximately 5,000 Inga seeds planted over 2 years to secure the future for a family, and Inga does this at an inclusive cost (collecting/germinating the seeds, bags, soil, and planting the seedlings in alleys) of approximately $0.50 per seedling.

Through the implementation of Inga alley-cropping, families achieve “land for life,” the ability to remain on the same plot of land indefinitely–regenerating steep, degraded land that has been abandoned as “sterile” for over 50 years.

Hands and the Honduran team of foresters, agronomists, and field and nursery staff have facilitated native Inga alleys in 14 countries with training and seeds at no cost.

Now in year 9 of the 10-year “Land for Life” program in Honduras, Inga alley-cropping has always been a bottom-up program and over 200 families are on a waiting list for seeds and training to start their own alleys. 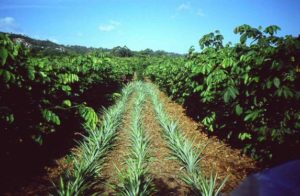 Hundreds of pineapple plants started in our nurseries and planted in the alleys support a family of 12, and pineapples are a cash crop.

The Honduran team is overwhelmed by demand. The fast-growing, wide-ranging Inga (300+ species of Inga) are easy to germinate, resistant to disease, able to thrive on steep, degraded slopes surviving both 7-month droughts and 8 inches of rain falling in 18 hours.

When the Inga trees are about 10-15 feet high, they are pruned to chest-high, the leaves stripped and applied as mulch, and the branches are valuable firewood. The sun now reaches the corn or bean seeds planted between rows of trees and when their season is finished, the Inga have regrown–the cycle repeats.

The program creates an integrated ecosystem that provides an organic and resilient means for subsistence farming families in the tropics to achieve food security while protecting wildlife habitats, water sources, and improving soils. 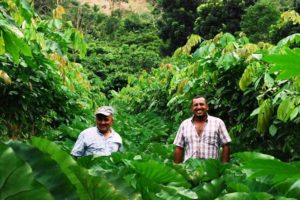 Our Director of Field Operations-Abraham Martinez and our Chief Agronomist Luis Miranda in a thriving 4 year-old Inga alley in Las Flores, Honduras.

The demonstration farm is establishing with the families a plan for the production, processing, quality-control, grading, local/regional marketing, and sale of their organic cash crops to establish logistics and the collective bargaining power of crops for the families.

Plans for 2020 include purchasing a dryer for consistent quality which will maximize the income that the farmers get from their harvests and will offer the end customers organically grown high quality produce and spices through a cooperative network of farmers.

The farm has over 2000 pounds of turmeric in the ground awaiting processing and has distributed over 250,000 cacao plants. 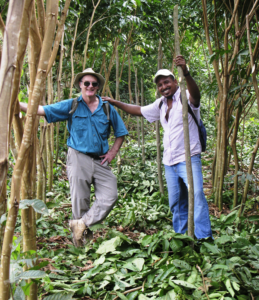 The program is far beyond proof of concept and working for 8 years at the landscape level in northern Honduras, and it is scalable and replicable to all regions of the humid tropics that receive the most severe climate shocks. The most recent IPCC report states that “our planet’s future climate is inextricably tied to the future of its forests.”

The Inga tree model is not just an alternative to slash-and-burn agriculture; it is a solution to stopping it altogether. Rarely has there been a more successful, simple solution to our most serious global problems.

All photos courtesy of Mike Hands.

Watch a 2-minute video of the Inga Tree Model in action. 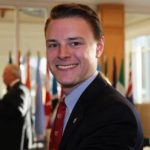 He moonlights as a friendraiser/grant writing volunteer for the Inga Foundation.

His inner science nerd urges everyone to take action to support regenerative agriculture.