The mayor of one town in Illinois does not believe in the big, “silver bullet” projects that so many other civic leaders rely on the revitalize their cities…often with disastrous results.

Instead, he finds funding for lots of little—and not so little—projects that renew all aspects of the community over time. 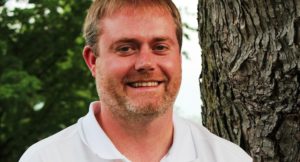 Since Jason Ashmore was elected mayor of Sesser (population: about 2100) in May of 2013, the city has been awarded three housing grants — one through the Illinois Housing Development Authority and one from the Illinois Illinois Department of Commerce and Economic Opportunity (DCEO)— for a total of just more than $1 million.

Most recently, a $5 million renovation of the city’s sewer infrastructure was begun, again with grant funding, this time from the U.S. Department of Agriculture.

But greenspace isn’t being ignored. Sesser’s public park was recently revamped with a $279,000 grant from the Illinois Department of Natural Resources.

But there’s more, including a $25,000 USDA engineering grant, two $25,000 USDA grants to improve the police department, $67,000 from the Delta Regional Authority to rehabilitate water lines, $2500 from Ameren CIPS to mitigate dangerous trees, and $3000 from DCEO to renovate downtown lighting to new energy-efficient technology.

The efforts are paying off. One example: Flipped By M is a boutique that just opened on Sesser’s main street. Owner Megan Johnson, who actually lives in Valier, Illinois, said the constant efforts to improve and beautify the town made locating there an easy choice.

2013 photo of downtown Sesser by Nyttend via Wikipedia.

See full article by Isaac Smith in the Southern Illinoisan.