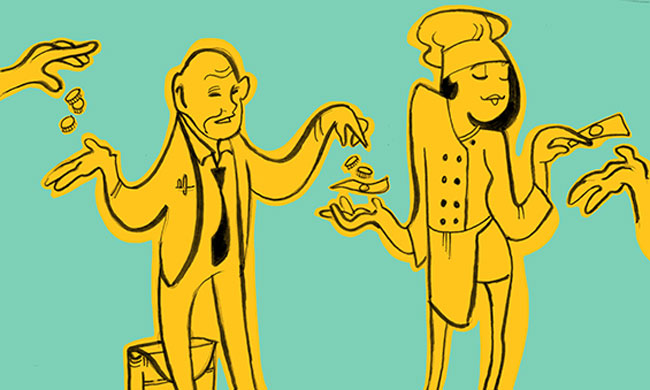 The plan to build better, more connected, flourishing communities is here—and it won’t require putting a Starbucks on every block.

In cities across the nation, a few enjoy rising affluence while many struggle to get by.

An August 2015 study by The Century Foundation reported that—after a dramatic decline in concentrated poverty between 1990 and 2000—poverty has since reconcentrated. Nationwide, the number of people living in high-poverty ghettos and slums has nearly doubled since 2000. This situation is created in part by the practices of traditional economic development, which prioritize corporate subsidy after corporate subsidy over the needs of the local economy. Current trends threaten to worsen, unless we can answer the design challenge before us.

Can we create an economic system—beginning at the local level—that builds the wealth and prosperity of everyone?

Economic development professionals and mayors are working in partnership with foundations, anchor institutions, unions, community organizations, progressive business networks, workers, and community residents. What’s emerging is a systems approach to creating an inclusive, sustainable economy where all can thrive.

The work is place-based, fed by the power of anchor institutions, and built on locally rooted and broadly held ownership. It’s about building community wealth across the United States—in more places than most would imagine, a new kind of economy is beginning to appear. It’s an economy that, because of its fundamental design, tends naturally to create inclusion and prosperity for many, not simply for the few.

The answers are beginning to appear in cities nationwide—in the tools and approaches of community wealth building, as they are wielded by cutting edge city economic development professionals. This work is only beginning to be widely recognized as a cohesive field. Yet as this report shows, it is in fact a coherent, systemic approach to economic development—one that embodies a powerful set of common drivers, and offers a broad set of powerful strategies.