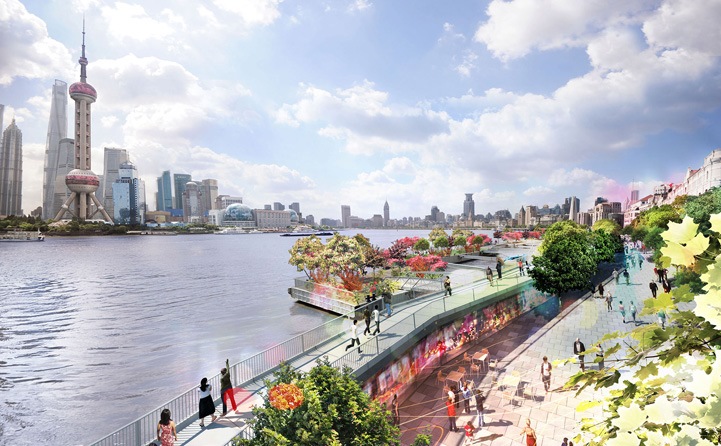 The Huangpu River is the beating heart of Shanghai, China, and the Bund waterfront that runs alongside its edge is one of the city’s most popular destinations for both locals and visitors. 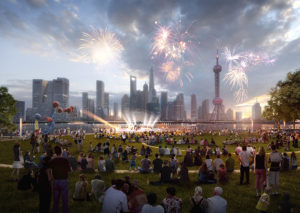 The North Bund area within the Hongkou District is one of the city’s key historical precincts. It’s currently being revitalized into a lifestyle hub, with over seven million square meters of office buildings, restaurants and shopping malls either under construction or recently completed.

At the same time, a larger vision by the Shanghai Municipal Committee and Government is underway to open up public access to many parts of both sides of the river waterfront and create connections through all of its districts and unify the various renewal efforts.

The Hongkou District Planning and Land Authority engaged the architectural firm of HASSELL to undertake the North Bund Waterfront masterplanning. HASSELL is an international design practice with studios in Australia, China, South East Asia, the UK, and the USA. 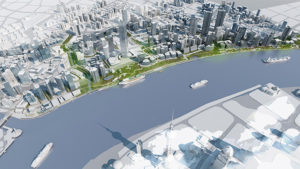 A major goal of the project is the reconnect the neighborhood to the river by opening-up public access to both visitors and local residents of the district. HASSELL was asked to connect sites located along the waterfront, as well as connect to multiple local sites currently being redeveloped to the water. Another goal is to activate key sites with a public program that restores the historical identity of the Huangpu River.

The HASSELL vision was to stitch the many parts of the site through a garden waterfront to unlock the North Bund’s potential and restore its unique green historical identity – overviewing the Huangpu River from Hongkou district. Once again, residents will be connected to the Huangpu River and the district revalued as a people place.

With this vision in mind, HASSELL employed a number of key strategies at a variety of landscape scales to address the current issues hampering the site’s future potential. The North Bund contains a number of various architecturally historic areas, and we looked to build places of unique character around Hongkou’s existing heritage assets within the site, including the former Japanese Consulate to Shanghai. 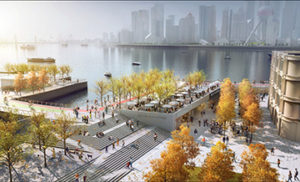 Key to achieving this vision has been to create a continuous waterfront area with active paths. People will be able to walk, cycle or jog along 2.5 km of the Huangpu River, with previously disjointed areas now being reconnected.

Set in the parkland is the introduction of a Garden Walk – a light-filled, covered pedestrian thoroughfare through dense greenery, linking the district’s many hotels along North Bund and creating a view observation promenade that connects visitors to both the city and its river edge.

Layered within its design response, HASSELL introduced a sitewide strategy of event programming for the riverfront focused on using the new range of green riverside spaces as community amenities for cultural and entertainment activities throughout the year.

The Hongkou North Bund project was a direct commission to HASSELL, following their participation in the Huangpu East Bank Urban Forest competition in mid-2016.

All images courtesy of HASSELL.