On July 19, 2018 in Freetown, the government of Sierra Leone launched a new project designed to build resilience for its coastal residents and employ cutting-edge ecosystem-based approaches to restore mangrove habitats and protect against rising seas, rising temperatures and uncertain climate futures. 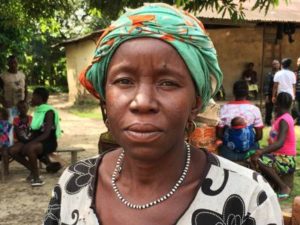 50% of Sierra Leone’s population lives on less than $1.90 (US) a day. 40% are considered “food insecure” according to the World Food Programme. Photo: UNDP Sierra Leone

The five-year Adapting to Climate Change Induced Coastal Risks Management in Sierra Leone project benefits from a US$9.9 million grant from the Global Environment Facility’s Least Developed Countries Fund and US$31.6 million in co-financing from the government of Sierra Leone and partners.

The project is supported through the United Nations Development Programme (UNDP), and is designed to strengthen the ability of coastal communities to systematically manage climate change risks in six pilot sites (Conakry Dee, Lakka, Hamilton, Tombo, Shenge and Turtle Island).

Key national partners include Sierra Leone’s Environmental Protection Agency, Ministry of Fisheries and Marine Resources, Institute of Marine Biology and Oceanography, and the National Tourist Board.

“Climate change, sea-level rise, rising temperatures, and increased risks from floods and other natural disasters threaten the lives and livelihoods of the more than 3 million people that live on Sierra Leone’s coastline,” said Dr. Foday Jaward, Executive Chairperson of the Environmental Protection Agency. “By taking bold actions to protect the ecosystems of our coastline and build climate-smart economies, the Government of Sierra Leone is taking important steps in contributing to ensure no one is left behind in our race to achieve the goals outlined in the Paris Agreement and the 2030 Agenda for Sustainable Development.”

Almost half of Sierra Leone’s 530-kilometer-long coastline is protected by mangrove forests. But with few economic options, the forests have been decimated to collect wood for burning, while beaches and dune areas are being destroyed by illegal sand and stone mining operations.

“The key to this project will be providing local communities with the training, tools and technologies they need to diversify their incomes beyond mangrove cutting, and empower women and youth to play a more active role in a vibrant economy that protects our environment while at the same time providing families with the money they need to thrive,” said Foday.

Countries worldwide are committing resources to achieve the goals outlined in the 2030 Agenda for Sustainable Development and the Paris Agreement. The Sierra Leone Coastal Adaptation Project will be an essential component of the country’s work to end poverty and advance a more climate-resilient society.

Photo of coastal slum in Freetown via Adobe Stock.