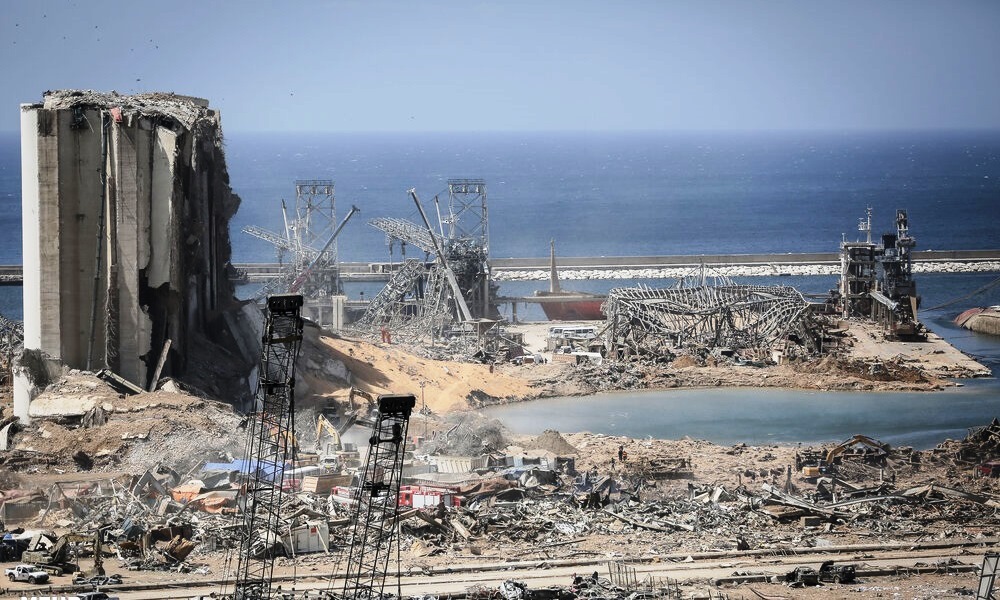 On August 4, 2020, a large amount of ammonium nitrate fertilizer stored at the Port of Beirut in the capital city of Lebanon exploded, causing at least 218 deaths, 7000 injuries, and $15 billion (USD) in property damage. It left an estimated 300,000 people homeless.

Now, on June 11, 2022, UN-Habitat announced that it had inaugurated five newly-rehabilitated alleyways in the Maraach, Bourj Hammoud neighborhood of Beirut. This will go a long way towards revitalizing the area by making it more livable.

Through support provided by Polish Aid, and under the scope of a wider urban recovery project funded through the Government of Japan, the project was able to regenerate the alleyways by responding to pre-existing explosion needs and additional ones identified after the Beirut Port explosion.

“Having experienced the horrific repercussions of the first two nuclear explosions in human history, the priority that Japan has allocated to respond swiftly to assist Lebanon following the devastating explosion of the Port of Beirut, came not only due to the historical diplomatic relations that bind the two countries, but also out of deep sympathy with the Lebanese people. Japan will continue to stand by Lebanon during its recovery journey considering that the stability of Lebanon is essential for the stability of the entire region,” said Mihara Kiyoshi, representative of the Ambassador of Japan to Lebanon.

The community was involved in every step of the project from design to implementation using their skills to support the rehabilitation work, through cash-for-work while a consultative local committee oversaw the project’s interventions.

The closing event of the announcement ceremony included a tour inside the alleyways of Maraach, where officials met with beneficiaries of the project and heard their first-hand perspective on how the project has helped improve their lives and that of the wider community.

“Poland has received a great support from our friends from all around the world when it was most needed. Now, to the best of our capabilities, we are offering our solidarity and assistance to those who are in challenging situation. We were doing so for Lebanon for the past years. I am happy that despite all the challenges, together with UN-Habitat, Embassy of Japan, Bourj Hammoud Municipality and the Polish Center for International Aid we were able to bring a positive change and assistance to those who are in need,” said H.E. Przemysław Niesiołowski, Ambassador of Poland to Lebanon.

The project rehabilitated 90 building facades and 5 alleyways by improving street mobility and safety and access to urban basic services. It included the installation of solar panels, which is providing green, reliable and cost-effective lighting to the community, its public spaces and streets, enhancing safety, with the surplus going back to the national grid.

“Today’s visit to Bourj Hammoud and meeting with some of its residents shed light on two realities: We can make a difference and bring hope to the people despite the painful impact of the socio-economic crisis compounded by the Beirut Port blast,” said UN Special Coordinator Joanna Wronecka.

“The rehabilitation work in this neighborhood undertaken so skillfully by our UN Habitat colleagues with the support of Japan and Poland is a reflection of the UN and international community’s determination to continue supporting Lebanon and its people.” But, the Special Coordinator added, “long-term recovery will only be possible when meaningful reforms are implemented and people’s interests are prioritized,” she added.

UN-Habitat and the Polish Centre for International Aid (PCPM) trained and distributed firefighting equipment to 54 community members and delivered a customized rapid fire intervention vehicle with a high-pressure pump for use in dense urban areas to the Lebanese Civil Defence Centre in Bourj Hammoud. The Centre was also rehabilitated by its members through cash-for-work.

“We are proud of how this project has helped the people living in Maraach weather some of the most difficult times Lebanon has faced. As we continue to apply an area-based approach to support Lebanese cities recover from ongoing crises, we re-affirm our commitment to improving the lives of people across the nation as we move forward for a better urban future,” said Taina Christiansen, Head of UN-Habitat Lebanon Country Program.

The project, entitled “Improving the well-being of host and refugee populations in Maraach sub-neighbourhood in Bourj Hammoud” and funded by the Polish Aid, launched in 2019, yet following the Beirut Port explosion, more support was needed, thus the Government of Japan, supported in the rehabilitation of 3 alleyways.

This intervention is also part of UN-Habitat’s wider project entitled “Support for the reconstruction and rehabilitation of most vulnerable urban areas in Beirut impacted by the Port explosion” funded by the Government of Japan. It has multiple interventions, including the rehabilitation of 11 heritage buildings of heritage value and key public facilities in Rmeil Cluster; COVID-19 awareness-raising and installation of handwashing stations; improved livelihood through cash-for-work activities; support under municipal services – provided to the Beirut Fire Brigade Centre in Karantina; and, upgrading of Laziza and William Hawi Parks.

“This multi-sectoral project proved to be a great testament to the significance of improving social cohesion during the most challenging times. We are very grateful for this timely and most needed contribution from the Government of Japan, Polish Aid and UN-Habitat,” said Mardig Boghossian, Mayor of Bourj Hammoud.

The June 11 UN-Habitat announcement was made in the presence of Mihara Kiyoshi, representative of Ambassador of Japan to Lebanon; H.E. Przemysław Niesiołowski, Polish Ambassador to Lebanon; Mardig Boghossian, Mayor of Bourj Hammoud; and, Joanna Wronecka, United Nations Special Coordinator for Lebanon.