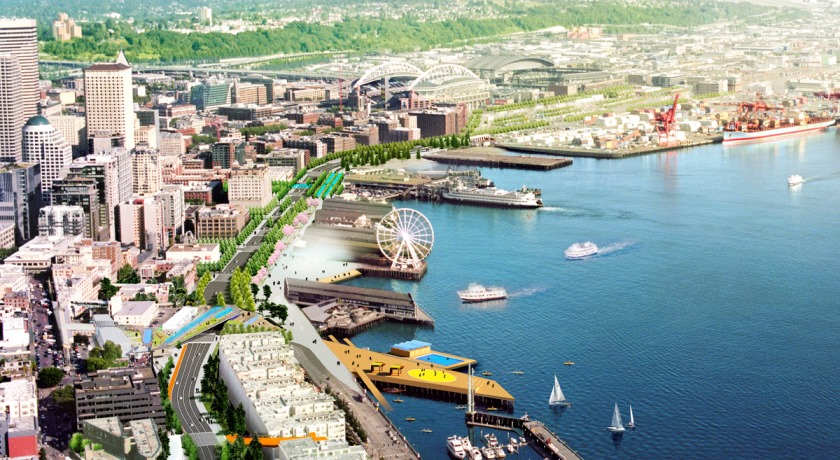 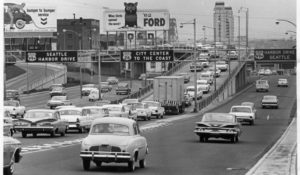 Historic photo of Portland by Unknown

Building a highway in a city is often thought of as a solution to traffic congestion. However, the induced demand theory has shown that when drivers have more routes, they choose to continue using this medium instead of using public transport or a bicycle, and as a result, congestion doesn’t decrease.

As a result, some cities have chosen to remove spaces designated for cars and turn what was once a highway into urban parks and less congested streets.

In 2001 the Nisqually Earthquake damaged the overpass of the Alaska Way Viaduct, which has for decades separated Seattle from its waterfront, thus preventing that valuable real estate from being used to it’s potential. As with the Embarcadero Freeway in San Francisco following 1989’s Loma Prieta Earthquake, Seattle chose to take advantage of the disaster to undo the bad urban planning that had afflicted the city for so long.

They originally planned to rebuild it, but wiser heads prevailed, and it was later decided to make a four lane underground tunnel so that on the surface the areas along Elliot Bay join with the rest of the city through a new green pedestrian space. The inauguration of the park is scheduled for 2017.

This article goes on to describe six examples. Some have already been completed, while a few are still under construction: