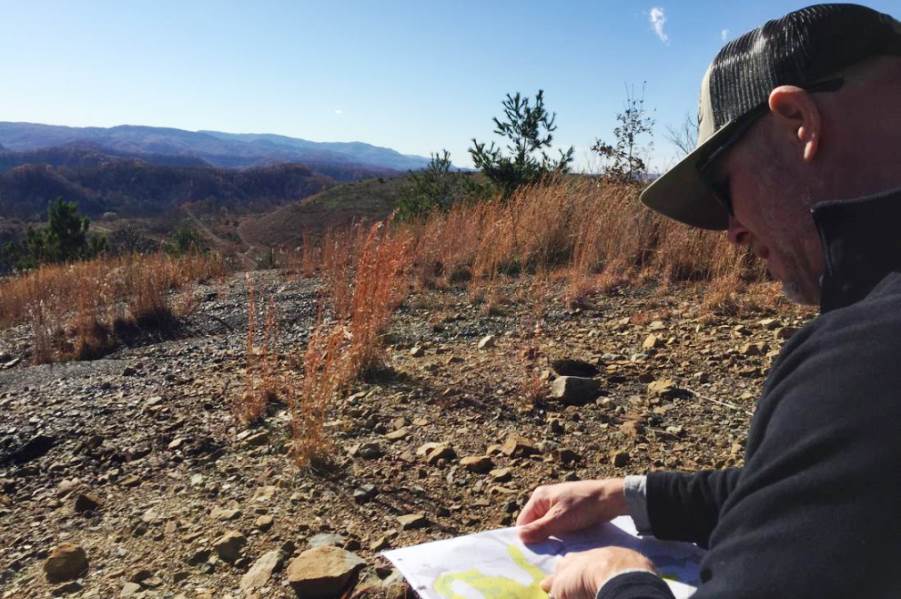 Looking west from Hazel Mountain, Brad Kreps can see forested hills stretching to the Tennessee border and beyond, but it is the flat, denuded area in front of him he finds exciting.

Surface coal mining ended on this site several years ago. But with a clean-up underway, it is now being prepared for a new chapter in the region’s longstanding role as a major energy producer – this time from a renewable source: the sun.

While using former mining land to generate solar energy has long been discussed, this and five related sites are among the first projects to move forward in the coalfields of the central Appalachian Mountains, as well as nationally.

Backers say the projects could help make waste land productive and boost economic fortunes in the local area, part of a 250,000-acre (101,171-hectare) land purchase by The Nature Conservancy (TNC) in 2019, one of its largest such acquisitions.

“There’s very little activity going on this land, so if we can bring in a new use like solar, we can bring tax revenue into these counties that are really trying to diversify their economies,” said Kreps, a TNC program director.

Besides creating a new source of green energy, the project offers a model for solar development that does not impinge on forests or farmland, he said.

TNC, the Arlington, Virginia-based environmental nonprofit, has identified six initial sites for solar plants in the area and is now moving forward with projects on parcels covering about 1700 acres.

The two companies that have bid to do the work – solar developer Sun Tribe and major utility Dominion Energy – estimate the projects could produce around 120 megawatts (MW) of electricity, potentially enough to power 30,000 homes.

Construction is expected to start in two or three years after pre-development work and permitting are completed.

“This is a ground-breaking model,” said Emil Avram, Dominion’s vice president of business development for renewables in Virginia.

Dominion believes it is the largest utility-scale renewable energy initiative to be developed on former coal mining land, and could be replicated elsewhere, Avram added. 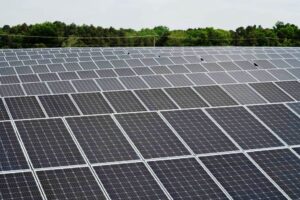 Rows of solar panels at the Toms River Solar Farm which was built on an EPA Superfund site in Toms River, New Jersey, U.S., May 26, 2021. REUTERS/Dane Rhys.

The U.S. government formally began looking at putting renewable energy installations on disturbed land – including mines, but also contaminated sites and landfills – in 2008.

Since then, the RE-Powering America’s Land program has mapped over 100,000 potential sites covering more than 44 million acres, and helped establish 417 installations producing 1.8 gigawatts (GW) of electricity, according to March data.

A toxic landfill site in New Jersey, for instance, now hosts a 6.5-MW solar installation, while a former steel mill in New York has been turned into a wind farm with capacity of 35 MW.

Yet on mine land, the work has so far been mostly limited to doing inventories and providing technical assistance, resulting in fewer than a half-dozen projects, said Nels Johnson, TNC’s North America director for energy.

That has stunted solar developers’ interest in mine land, he said – a knowledge gap he hopes the new projects can help fill, particularly amid a surging focus on meeting clean energy goals.

“After five to 10 years of almost nobody paying attention to this, there’s an awakening starting to take place,” he said. “As more and more states pass renewable energy commitments, it’s kind of a situation of the dog catching the car.”

Virginia, for instance, has a 2020 clean energy bill that, among other things, pushes for Dominion Energy‘s electricity in the state to be carbon-free by 2045.

There are about 100,000 acres affected by coal mining in southwest Virginia alone, said Daniel Kestner, who manages the Innovative Reclamation Program for the state’s energy department.

“Reusing land like former coal mines makes a lot of sense instead of looking at prime farmland … or lands near populated areas where there may be conflict,” he said. 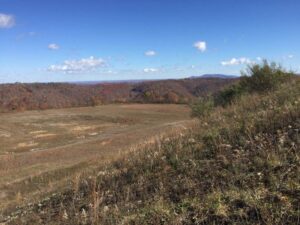 Appalachia had harbored a deep-rooted skepticism toward renewable energy, said Adam Wells, regional director of community and economic development with Appalachian Voices, a nonprofit that works in former coal communities.

But recent years have seen a turnaround, he noted, with the recognition that the coal industry – the region’s longstanding main economic driver – will not return to its former strength.

Across the country, the number of coal mines dropped by 62% from 2008 to 2020, based on U.S. government figures, translating into a loss of 100,000 jobs since the mid-1980s, according to the Environmental Defense Fund.

Starting around 2015, Wells said, “it became necessary to talk about what life after coal looks like in Appalachia. And so, as a result, it became safe to talk about solar.”

While the number of jobs from utility-scale solar development does not compare to coal-industry jobs, he said, it could still be significant.

“It does generate notable and meaningful tax revenues for localities at a time of declining revenues from coal,” he added.

For now, communities are watching the shift with a “wait-and-see” attitude, he said.

While Dominion does not have job and tax revenue estimates for that project, it noted in a recent regulatory filing that 15 newly proposed solar projects across Virginia would generate more than $880 million in economic benefits and support almost 4200 jobs associated with construction.

The company is under major pressure to increase solar production and is planning for an additional 16,000 MW by 2035, executive Avram said, requiring new capacity of about 1,000 MW annually through that date.

“That will require a fair amount of land – a thousand acres per project, roughly,” he said.

While the initial mine-land project in southwestern Virginia is relatively small, he said, it is an important “stepping stone” in learning how to work on previously disturbed sites.

TNC’s Kreps sees much more opportunity, literally on the horizon.

“There’s hundreds of thousands of acres like this across the region – and in many cases, right now they aren’t creating a lot of economic value,” he said.

His organization, he added, aims to demonstrate “that we can manage these lands for nature outcomes and people outcomes.”

This article was written by Carey L. Biron (edited by Laurie Goering and Megan Rowling) and originally appeared on the website of the Thomson Reuters Foundation, the charitable arm of Thomson Reuters. Reprinted here (with minor edits) by permission.