It’s easy to forget that at one point, not so long ago, all food was organically grown in a way that supported the ecosystem and environment. 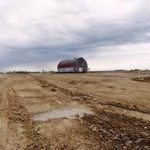 This all changed in the 1940s, when the “Green Revolution” took hold, and industrial, chemical-dependent farming techniques spread and quickly became the norm.

Unfortunately, industrial farming has created a series of unsustainable situations in less than 70 years, and evidence suggests we will not make it until the end of the century if we continue along the path of degenerative food and farming.

Virtually every growing environmental and health problem can be traced back to modern food production. This includes but is not limited to:

The good news is there’s a viable answer to all of these problems that does not merely scratch at the surface, and the answer hinges on the widespread implementation of regenerative agriculture and biodynamic farming.

Here are just six of the many reasons to support regenerative agriculture:

Reason No. 1: Regenerative Farming Rebuilds Topsoil. Topsoil destruction, erosion and desertification are exacerbated by tilling, monocropping and not using cover crops. Maria-Helena Semedo of the Food and Agriculture Organization of the United Nations has warned that at the current rate of topsoil degradation, all the world’s topsoil will be gone in less than 60 years,1 at which point growing of food will become next to impossible.

Reason No. 2: Regenerative Farming Protects Water Sources and Diminishes Water Demands. Industrial agriculture also promotes water waste through use of flood irrigation, destruction of soil quality and poor crop choices. As a result, one-third of the largest groundwater aquifers are already nearing depletion,4 as we’re extracting water at a far faster pace than the aquifers can refill.

Reason No. 3: Regenerative Farming Promotes Optimal Nutrition and Health. The industrialization and centralization of food production was done to increase farmers’ capacity to grow more food at a lower cost. Unfortunately, a core principle was lost in this efficiency equation — that of food quality and nutrient density.

Reason No. 4: Food From Animals Raised on Regenerative Farms Minimize Risks of Foodborne Illness and Drug-Resistant Disease. The foods associated with the greatest number of foodborne illnesses are all factory farmed, with CAFO (concentrated animal feeding operation) chicken leading the pack. Between 2009 and 2015 there were 5,760 reported foodborne outbreaks in the U.S.,16 resulting in 100,939 illnesses, 5,699 hospitalizations and 145 deaths. Of these, chicken was responsible for 12 percent of all illnesses, followed by pork and seeded vegetables, each of which was responsible for 10 percent of illnesses. Indeed, raw CAFO chicken has become a notorious carrier of Salmonella, Campylobacter, Clostridium perfringens and Listeria bacteria.

Reason No. 5: Regenerative Agriculture Prevents Environmental Pollution and Restores Damaged Ecosystems. Regenerative agriculture is a return to what organic was originally all about — the protection and rebuilding of topsoil and ecological biodiversity and health. Biodynamic farming is the real gold standard here, as it’s both organic and regenerative, and then some.

Not only does biodynamic farming provide superior crops both in volume and increased density of nutrients, but biodynamic farms are also completely self-sustaining — something that cannot be said even for most organic farms. For example, biodynamic standards do not simply require farmers to use organic animal feed. Most of the feed must actually originate from the farm itself.

Reason No. 6: Regenerative Agriculture Benefits Farmers and Builds Sustainable Local Economies. While profitability is commonly cited as a determining factor for why farmers “cannot” farm organically anymore, research refutes such scaremongering. One such study found organic farmers actually earn 22 to 35 percent more than their industrial counterparts.

This photo of a famous regenerative ranch in Virginia is courtesy of Polyface Farms, one of the pioneers of regenerative agriculture (as described in The Restoration Economy).

For instance, if one applies biodynamic farming methods to farmland that has been exhausted, depleted and contaminated by industrial farming methods, then it is definitely regenerative. On the other hand, if one chops down an old-growth forest to create a biodynamic farm, then it’s destructive. I’ve found this same lack of context in the “green” and “sustainability” movement.

Back in the mid-90s, when the LEED green building certification was being created, I was the U.S. Green Building Council‘s (USGBC) official representative from the Construction Specifications Institute (a technical society of about 14,000 architects and engineers). I was always the lone voice in the back of the room asking “what about location?” and “what about existing buildings?”.

Since USGBC at the time comprised primarily architects (still does), the members had trouble getting their heads out of the building envelope. So, they ignored the fact that a building in a sprawl location that requires employees to spend an hour or two in traffic to and from work is not green, no matter how energy-efficient it is, or no matter what it’s made of. And, since most architects like to leave their mark on the world with a new building they designed, the early versions of LEED also largely ignored the simple fact that the greenest building is usually the one that’s already built.

Thus, if someone saved a huge, beautiful downtown historic structure covering an entire city block, the early versions of LEED (current ones are a little better in this regard) gave the redeveloper one point. If a sprawl developer added a $100 bicycle rack to their new offices, built on top of an endangered wetland, they also earned one point.

One of the new leaders of the regenerative agriculture movement is Regeneration International (RI). Back in June of 2015, about 60 people from 21 nations, representing businesses, the farming and scientific communities, educational institutions, policymakers and NGOs, convened in Costa Rica to draw up a blueprint for an international movement united around a common goal: to reverse global warming and end world hunger by facilitating and accelerating the global transition to regenerative agriculture and land management. 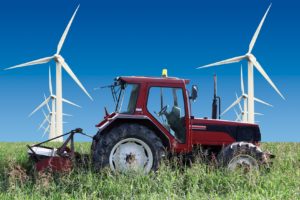 In January 2017, RI achieved 501(c)(3) nonprofit status. Today, they engage with a network of more than 250 international partners and a growing number of Regeneration Alliances throughout the world, including in the U.S., South Africa, India, Canada, Belize, Mexico and Guatemala.

RI’s mission is to promote, facilitate and accelerate the global transition to regenerative food, farming and land management for the purpose of restoring climate stability, ending world hunger and rebuilding deteriorated social, ecological and economic systems.

Their vision is to create a healthy global ecosystem in which practitioners of regenerative agriculture and land-use, in concert with consumers, educators, business leaders and policymakers, cool the planet, feed the world and restore public health, prosperity and peace on a global scale.

On March 9, 2016, I was privileged to attend RI’s international event at the National Press Club here in Washington, DC. It was the first time that major new research was presented to the world, regarding the ability of regenerative agriculture to restore the planet’s climate. This is due to its powerful carbon-sequestration; several times that of reforestation.

This aspect of regenerative agriculture is now being promoted by many new organization, such as the climate restoration group, Project Drawdown. Here’s what they say on their “Farmland Restoration” web page:

“Around the world, farmers are walking away from lands that were once cultivated or grazed because those lands have been “farmed out.” The causes range from damaging agricultural practices to desertification, from lack of market access to migration. It can be cheaper to walk away from the land than to work it.

There are an estimated 950 million to 1.1 billion acres of deserted farmland around the world—acreage once used for crops or pasture that has not been restored as forest or converted to development. This land offers an opportunity to improve food security, farmers’ livelihoods, ecosystem health, and carbon drawdown simultaneously.

To feed a growing population and protect forests from deforestation for fresh farmland, restoring abandoned cropland and pastureland is key. Bringing abandoned lands back into productive use can also turn them into carbon sinks. Where soils are left to erode, abandoned farmlands can be a source of emissions.

Restoration can mean the return of native vegetation, the establishment of tree plantations, or the introduction of regenerative farming methods. Active restoration is labor intensive, yet necessary for cultivation to revive.”

Read full article by Dr. Joseph Mercola, from which this was excerpted.