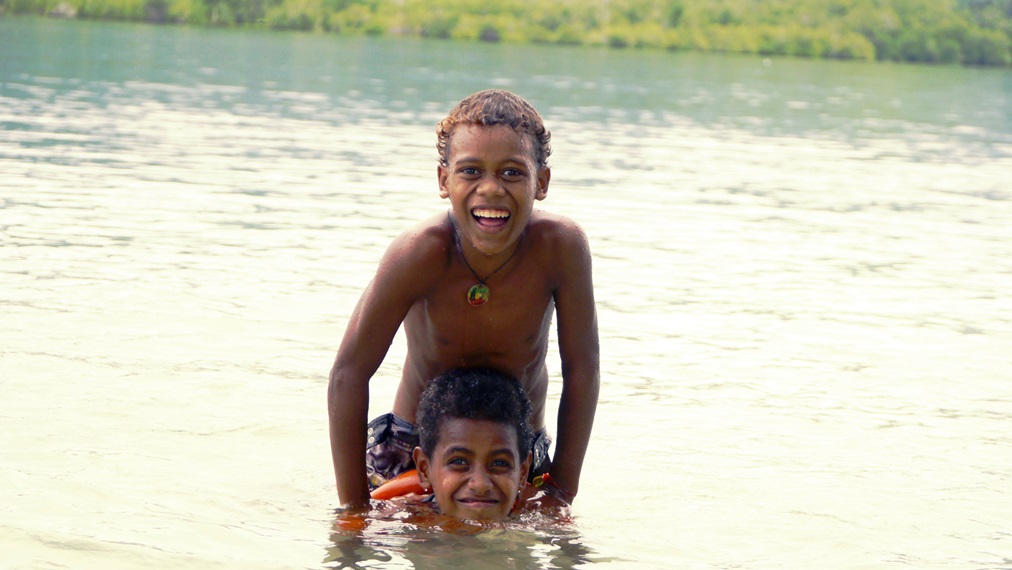 Small island developing states, or SIDS, account for just 1% of global carbon dioxide emissions, but are disproportionately vulnerable to the effects of climate change.

With a combined population of 65 million people, about 30% of whom live at an average of less than 5 meters above sea level, SIDS were acknowledged as being particularly vulnerable “to a large range of impacts from climate change and potentially more frequent and intense natural disasters,” in the outcome document from the 2012 Rio+20 United Nations Conference on Sustainable Development.

Rising sea levels and increases in certain weather and climate extremes are just some of the challenges these countries will increasingly face in decades to come. Coastline erosion, coral reef degradation, and biodiversity loss will result in further population displacement and infrastructure destruction, with impacts on virtually all aspects of development — including local industries, food security, and health.

“Small island states are definitely not the ones responsible for climate change, but they are the first to suffer from it, for example through rising sea levels,” said Arno Boersma, founding partner of Island Impact, an innovation and strategy firm for islands, and former director of the U.N. Development Programme’s Center of Excellence for the Sustainable development of SIDS. “Islands can also be perfect testbeds for innovations in sustainability. Because if some of those innovations work on small islands, with all the constraints, you can imagine that they will likely work in larger countries with larger markets.” 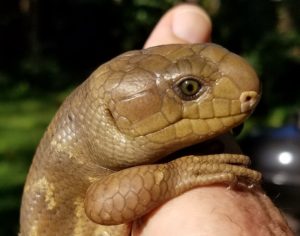 It’s not just humans who suffer from the climate crisis. Maybe the best-known species of native wildlife in the Solomon Islands is the arboreal, prehensile-tailed Solomon Island Skink (AKA: Monkey Tailed Skink). Shown here is a newborn baby. Photo credit: Storm Cunningham.

In its Fifth Assessment Report, the Intergovernmental Panel on Climate Change found that SIDS face disproportionate costs from the impacts of sea level rise as a percentage of gross domestic product. Their diverse geographies also create unique difficulties in mobilizing resources and building infrastructure. Kiribati, to give just one example, comprises of 33 islands spread over more than 3.5 million square kilometers in the Pacific Ocean.

Climate-specific funds such as the Green Climate Fund have been set up to assist low- and middle-income countries in financing climate change resilience strategies.

Yet international climate finance is still ill-adapted to the realities of SIDS, as revealed in a recent report from the Global Facility for Disaster Reduction and Recovery, a grant-funding mechanism funded by the World Bank. According to the report, small island governments often lack the capacity to match the bureaucratic requirements of those funds, and the traditional divide between climate change adaptation and disaster risk management efforts makes it difficult to build comprehensive action plans.

“There is a whole ecosystem of climate funds. But none of them comes with a blank check, with good reasons. You need to have good reporting [and] strong data; you need to show you have identified the trends, the impacts and the scenarios. If you can’t do that, it is hard to receive money,” said Anthony Burn, a consultant with the CommonSensing initiative, an international project based on a partnership between Fiji, Solomon Islands, and Vanuatu, as well as a consortium of international partners, to build climate resilience through satellite remote sensing technology.

“You really want governments to get better access to data and allow them to build capacity.”

Innovative climate finance mechanisms are being implemented in order to diversify the type of funding available. In 2017, for example, with technical support from the World Bank and the International Finance Corporation, Fiji issued the first emerging market sovereign green bond raising $50 million to finance investments toward climate change mitigation and adaptation.

Another example is the Commonwealth Climate Finance Access Hub, launched in 2016, with the specific goal to help Commonwealth member countries build capacity in order to access climate finance.

And in the same year, Seychelles secured the first ever climate adaptation debt restructuring, a new method of debt forgiveness in which a portion of the country’s foreign debt is waived in exchange for a commitment for investments in domestic environmental conservation and sustainability projects.

Satellite technologies are playing a central role in making data accessible. Satellite imagery allows SIDS to monitor natural weather events such as storms, floods, and landslides; to track soil erosion and land degradation; to plan for land use; to manage natural resources; and to build a case for international funding.

But good satellite data is still hard to come by, explained Alessio Giardino, risk reduction specialist for small islands at Deltares, an independent research institute on water and subsurface.

“The resolution of some of this data is not always accurate enough to allow for precise model estimations. As an example, if you are off in the topography of the island by a few meters, you will be off in terms of the results and assessment of the problems,” Giardino explained. “New datasets and improved technologies will become available in the next few years and will make our models and prediction even more accurate.”

Beyond access to satellite imagery, SIDS lack the digital infrastructure such as sea cables, data centers, and human resources needed to collect and analyze the data. This takes a concerted effort to build the digital capacity of island governments, Burn said. “The bigger restriction is around the digital divide,” he explained.

New initiatives are focusing on helping SIDS build their technological capacity. One example comes from GFDRR, which provides technical and operational support to innovative projects in SIDS through its Small Island States Resilience Initiative. One of these projects is enabling the government of Samoa to harness remote sensing technology for its resilience-building activities.

The CommonSensing project is another such example, focusing specifically on helping SIDS harness satellite technology in order to access climate finance, strengthen policy, and improve resilience to natural disasters and food security.

One of its partner countries, Fiji, has been struggling to centralize and update all of its existing data.

“We have been using aerial photographs, and using very archaic methods of photogrammetry to collect topographic information,” explained Meizyanne Hicks, director of geospatial information at the Fiji Ministry of Lands & Mineral Resources. “[Satellite imagery] is very expensive to purchase. And we lack the technology to process the imagery, and the skills to be able to process [that] imagery so that it can be useful for us.”

Toward a holistic approach to climate change mitigation

Scientists are also improving how they measure the multiple effects of climate change on islands and coastal regions — not just from an environmental standpoint, but also by taking into account the short- and long-term socioeconomic consequences. This allows governments to build more comprehensive mitigation strategies.

In the Marshall Islands, Giardino and his colleagues developed a new multihazard risk assessment methodology, the results of which were published in a 2018 study. In addition to sea level rise, the team included other factors such as waves, flooding, and an increase in salinity. They produced different scenarios for future changes in sea level, and assessed economic, social, and environmental damages, both direct and indirect, looking at the impact of sea-related hazards on economic activities. “These models help in quantifying the problem and assessing possible solutions, and also the effectiveness of possible solutions,” Giardano said.

The government of Fiji took a similar integrated approach when piloting a new methodology to measure the country’s vulnerability to climate change. It included dimensions such as infrastructure; governance and financing; socioeconomic aspects; and the environment and led to a multisectoral climate-resilient investment plan released in 2017.

As part of its new Climate Change and Disaster Risk Reduction Policy, Vanuatu has also conducted a multi-sector impact assessment that sought to take into account scientific and socioeconomic data. What’s more, it has integrated climate change and disaster risk reduction strategies into a single streamlined approach. The new policy focuses on building capacity across all sectors and all levels of governments and makes room to promote traditional knowledge as well as cutting-edge scientific tools.

“Adaptation measures are possible. However, it is important they are included as part of a long-term planning of these islands, accounting for changes in climate and socioeconomics,” Giardino explained. Such models and new technologies, he added, can provide the technical basis for the development of long-term adaptive planning.

Photos of kids playing in the Solomon Islands via Adobe Stock.

This article by Flavie Halais originally appeared on the Devex website. Reprinted here by permission.