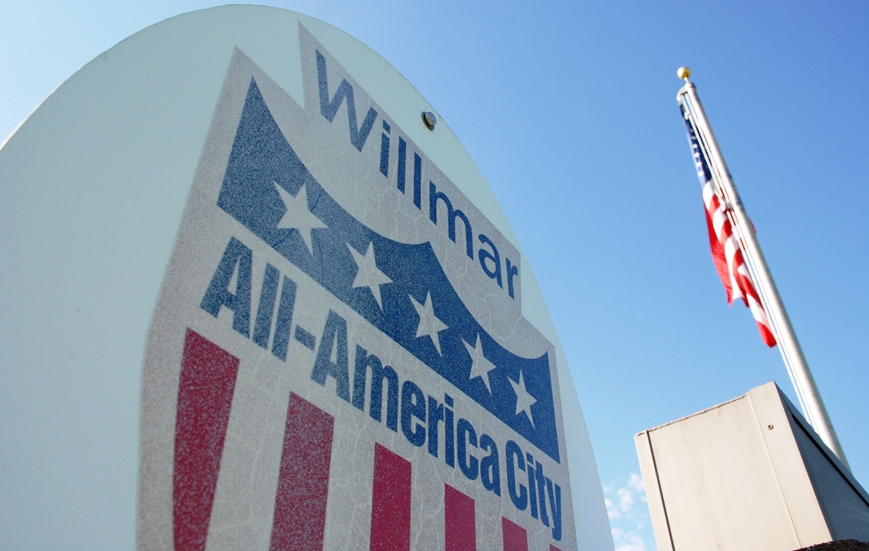 In recent years, the arrival of thousands of Somali immigrants from East Africa has reshaped the Main Street of Willmar, Minnesota, a tiny agricultural town. They’ve done likewise in many other towns throughout the state.

These refugees are opening businesses in once empty storefronts and introducing their customs to new customers in places once only found in America’s inner cities, where newcomers like these have traditionally settled upon arrival.

Today over 20 businesses in and around Wilmar’s Main Street are Somali-owned.

Minnesota State Demographer Tom Gillaspy has said that if you want to know what Minnesota will look like in 2020, look at Willmar. And Willmar is an interesting picture indeed. In 20 short years, the minority population of this small city in central Minnesota has risen from 2–3 percent to more than 25 percent.2/ Today, it is estimated that out of a total population of nearly 20,000, there are approximately 5,000 Latinos and 1,500 Somalis in Willmar, though many in the latter immigrant community believe their numbers to be higher.

How did such change come about in the town that has been named an “All-America City“? The answer is, of course, immigration. Many people who came to the U.S. seeking employment or political asylum have come to the Willmar area in search of jobs. Latinos have had a presence in Willmar since at least the 1920s, when they left homes in southern states for summer agricultural work in the Upper Midwest. When the economic slowdown of the 1970s led to mass layoffs, many Latino migrant workers decided to stay in the state permanently. After Hormel acquired the locally based turkey-processing company Jennie-O in 1986, demand for factory workers rose sharply in the meatpacking industry in town. This led to further immigration to Minnesota by Latinos.

In the 1990s, civil war in Somalia forced hundreds of thousands to flee across international borders, ultimately leading many to become refugees and asylum seekers in countries such as the United States. Resettlement agencies in the U.S. that were searching for communities with employment opportunities for individuals who had little formal education and limited English proficiency identified Willmar as such a community. And so, Somalis joined earlier immigrant groups in working in Willmar’s turkey-processing plants.

According to Les Heitke, former mayor of Willmar, approximately 500 Somalis were currently employed at the Hormel-owned turkey-processing plant as of 2011 (it’s now known as the Jennie-O Turkey Store). Coincidentally, the founder of Jennie-O, Earl B. Olson, had an immigrant background himself, being the son of Swedish émigrés.

Thus, as Heitke points out, the current influx of Somali and Latino immigrants into Willmar is by no means an unprecedented trend. Rather, it can be understood as a continuation of the city’s long history of immigration. According to Heitke, the area started out as a service center for passing trains and was settled by immigrants working on the railroad. As time passed, businesses sprang up and the community grew. He says that this colorful history is evident in Willmar’s annual cultural fair, an event boasting representation by more than 40 nationalities. At the fair—as in the city—Somalis are only the most recent addition.

Reportedly, Willmar initially struggled to adjust to its relatively new status as a destination for minority populations—particularly 20 years ago with the Latino community. According to Ken Warner, president of the Willmar Lakes Area Chamber of Commerce, “With the first wave of the Latino community, we struggled. But we’ve learned from it and done better. [The Somalis] are acclimating well and have the acceptance of the community.” As a result of lessons learned during the city’s prior experience with the settlement of Latino immigrants, various public institutions in the town have been better prepared to accommodate the current wave of Somali migration.

One such lesson is evident in Willmar’s public schools, says Candy Anderson, a retired teacher in the district and a volunteer adult education instructor.

“Before, there was this notion that we have our established ways of doing things, and that you [the immigrant community] are the ones that have to adapt. Now the schools have become much more considerate of the various cultural backgrounds of their students and how that impacts student learning.”

Although Willmar’s adjustment to the arrival of Somalis has been smoother than it was with the Latino community in the past, the city’s newest residents still face several challenges. One significant barrier is the lack of affordable housing in the area. According to Heartland Community Action Agency, a nonprofit organization that works to address the causes and conditions of poverty in a four-county area in central Minnesota, there are few rental properties in Willmar, and the few that are available are as expensive as those in the Twin Cities of Minneapolis and St. Paul. Reportedly, the majority of Willmar’s Somali population resides in housing in the downtown area, quite separated from the city’s European-American residents.

“There’s definitely a division, and a lack of communication between the two [populations]. And that’s a shame,” says Anderson. Although the city’s school system—particularly its athletics program—is a significant source of integration, the division between Willmar’s long-time resident and recent immigrant communities extends to many areas of life—including business.

While the primary market of most businesses owned by Somalis in Willmar is the Somali community itself, some entrepreneurs are eager to expand their customer bases to include the city’s non-Somali population. Safia Ahmed, who was a small business owner for 17 years in Nairobi, Kenya, prior to coming to the United States, is one such entrepreneur. Ahmed now owns a women’s clothing store in downtown Willmar and sells almost exclusively to other Somali women. She observes that because of the economic slowdown, many customers have begun to ask to make purchases using credit lines. Finding it difficult to accommodate such requests and continue to sustain her business, she hopes to expand her client base beyond the Somali community. However, this may prove difficult.

According to Shirley Bugbee, a volunteer English language instructor at the Willmar Women and Family Center, many long-time residents of the city feel uneasy visiting the area where the Somali community has concentrated itself. “Unfortunately, many people do their shopping at the Walmart or the Kmart or the other little strip malls and don’t even come downtown,” Bugbee says. She and Anderson suggest that Somali entrepreneurs open businesses in the strip malls that lie outside of Willmar’s downtown area, as such spaces are closer to the mainstream businesses frequented by the city’s European-American community. The idea is that such a change in location would make non-Somali Willmar residents feel more comfortable entering Somali stores, thus increasing the likelihood that immigrant shop owners will be able to expand their clientele. When asked about this possibility, Ahmed responds with reservations, explaining that just as many white residents of Willmar may feel uncomfortable with the prospect of being surrounded by a sea of unfamiliar faces, so do many Somalis in the town.

Brian Gazelka, a long-time Willmar resident and frequent customer of Bihi’s General Store, a Somali grocery shop, feels that one solution to the comfort problem lies in increased communication between the European-American and Somali populations of Willmar, as well as an acknowledgement of the unique contribution Somalis can make to the Willmar community. Gazelka illustrates his latter point with the item he purchases from Bihi’s shop most frequently: tea. According to Gazelka, prior to the arrival of Somalis in Willmar it was impossible to find quality tea locally. Upon the recommendation of a friend from Oman, he visited Bihi’s shop in search of the product.

“Part of the beauty of it—and the benefit to Willmar—is the unique flavor that they [the stores] have,” Gazelka says. He adds, “I do think one thing that would help in serving to integrate people and overcome some uncertainty would be learning each other’s languages.” Gazelka is currently learning Somali to facilitate his cultural bridge-building efforts.

In addition to being a critical factor in the ability of Somali entrepreneurs to expand their markets, the language barrier hinders their access to business development resources. The U.S. Small Business Administration has a Small Business Development Center (SBDC) in Willmar, but anecdotal evidence suggests that few Somalis are utilizing it, and language is a likely factor. Just as the language barrier makes it difficult for business development organizations to disseminate information about their services to immigrant entrepreneurs, it makes it difficult for Somalis to communicate details about the services they most need from SBDCs.

This is one reason why many in Willmar are particularly excited about the recent opening of a Willmar office of the African Development Center of Minnesota (ADC), a Minneapolis-based nonprofit organization that provides microloans, business development services, and financial education within the state’s African community. Ken Warner notes that ADC has developed a business survey that it will be taking door-to-door in Willmar. According to Warner, the survey will “give us an idea of what their [the Somali community’s] needs are, so our programs will be what they need, rather than merely what we want.”