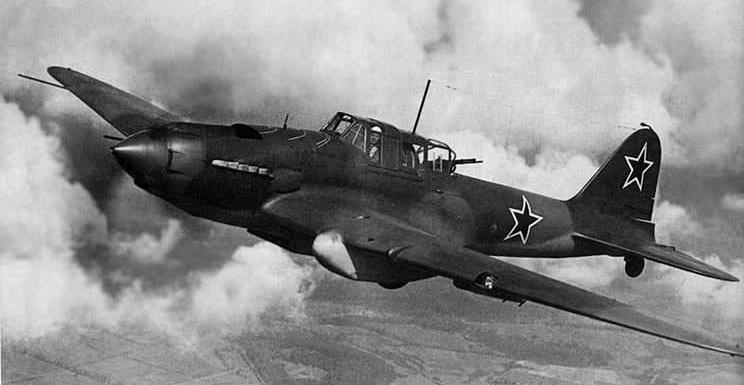 The Ilyushin Il-2 Sturmovik was a ground-attack aircraft produced by the Soviet Union in large numbers during the Second World War. 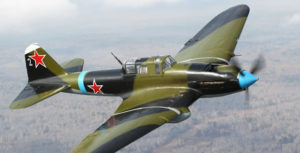 With 36,183 units of the Il-2 produced during the war, and in combination with its successor, the Ilyushin Il-10, a total of 42,330 were built, making it the single most produced military aircraft design in aviation history, as well as one of the most produced piloted aircraft in history, along with the American postwar civilian Cessna 172 and the Soviet Union’s own then-contemporary Polikarpov Po-2 Kukuruznik multipurpose biplane.

To Il-2 pilots, the aircraft was simply the diminutive “Ilyusha”. To the soldiers on the ground, it was the “Hunchback”, the “Flying Tank” or the “Flying Infantryman”. The Il-2 aircraft played a crucial role on the Eastern Front. Joseph Stalin paid the Il-2 a great tribute in his own inimitable manner: when a particular production factory fell behind on its deliveries, Stalin sent an angrily worded cable to the factory manager, stating “They are as essential to the Red Army as air and bread. I demand more machines. This is my final warning!”

On January 27, 1944, as Soviet forces broke through the German lines to liberate Leningrad (Saint Petersburg) from a 900-day seige, an Ilyushin Il-2 Sturmovik (“Attacker”) ground-attack aircraft ditched in a lake south of the city. 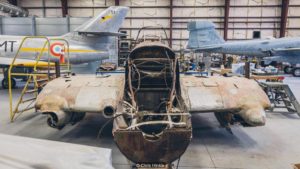 Seventy years later, that plane has surfaced on the other side of the world. “This was recovered from the lake in the early 1990s,” says James Stemm, the director of aircraft restoration at the Pima Air and Space Museum in Tucson, Arizona.

Known as the “flying tank”, in total some 36,000 single-engine Sturmoviks were built – the greatest number of any military aircraft in history – and this is one of only a dozen survivors. 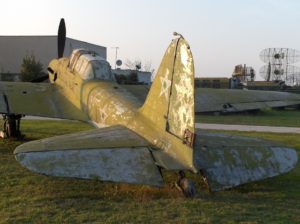 Although the Sturmovik at Pima has spent half a century rotting at the bottom of a lake, the bulk of this rare aircraft is remarkably preserved. That is thanks, in no small part, to its unusual structure. “Its design is unique,” says Stemm, as we examine the bath-like rusted central section of the aircraft, propped up on a stand in the museum’s restoration hangar. “The part around the cockpit and engine is thick steel plate rather than aluminium – it’s more like a boiler than an airplane.”

Although the bulk of the front and central sections of the fuselage are armoured, protecting the 12-cylinder engine and pilot, the tail section and wings were both made of wood. “This was done to save strategic materials and reduce the weight of the aircraft so it could carry more weapons,” says Stemm.

The aircraft was designed for a single male or female pilot (women combat pilots were not unusual).

A new wooden tail section and wings have been completed, the propeller straightened and an original engine restored. It is hoped to put the completed aircraft on display in the summer.

When listing the planes that helped to win World War 2, Soviet aircraft are often neglected. The Sturmovik deserves as much recognition as the Spitfire, Lancaster or B-17 Flying Fortress in defeating the Nazis.

The Pima Air & Space Museum is one of the largest non-government-funded aviation and space museums in the world. Featuring over 300 historical aircraft, from a Wright Flyer to a 787 Dreamliner.

Sitting on 80 acres, the museum opened its doors to the public in May of 1976. Over the past forty years, the museum has grown immensely and today encompasses five indoor exhibit hangars (two of them dedicated to WWII).

Docent-led walking tours and museum ground Tram Tours are offered daily. The museum is the exclusive source of bus tours of the 2,600-acre “Aircraft Boneyard”: the U.S. military and government aircraft storage facility.