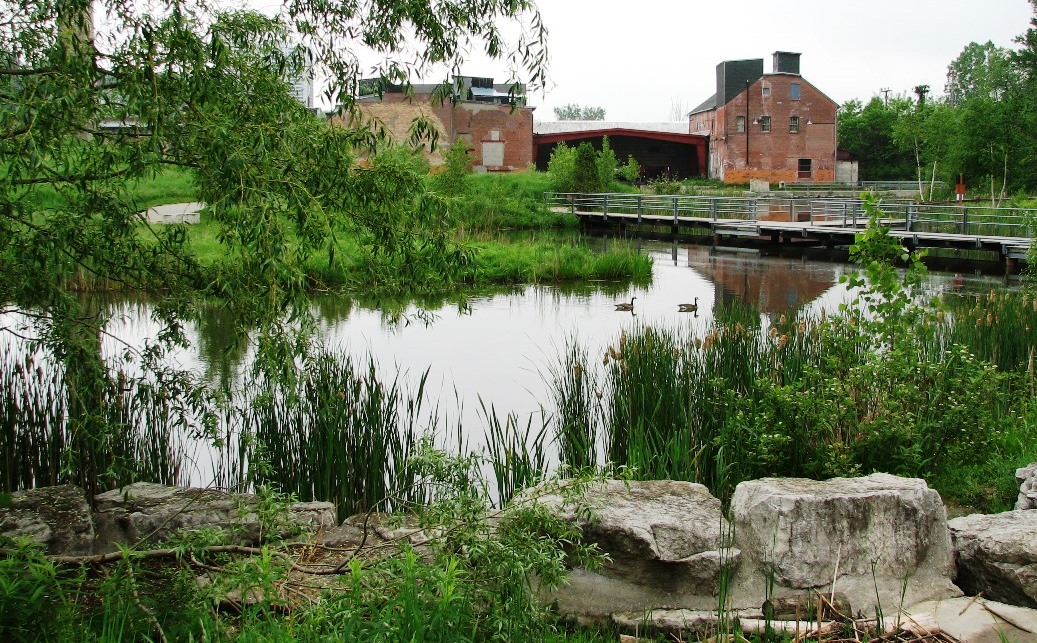 In southern Ontario, Canada, Toronto’s ravine systems snake their way from the Don River and extend in almost all directions, from east of the city centre and into the outer suburbs.

Just less than half of them fall under private ownership, but that still leaves about 45,000 acres for people to hike, bike, and walk their dogs along. That expansive acreage dwarfs New York City’s Central Park, which clocks in at 843 acres, but has become the world’s most iconic urban park.

Toronto has the largest ravine network in the world, and to uncover the history of the city is to go deep into our urban forest: after all, it is in the centre of the Don Valley where the bricks that built the city were made. 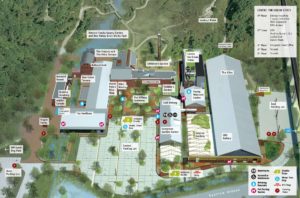 Map of the Brickworks today.Image courtesy of Evergreen.

Nestled into these ravines is one of the world’s most spectacular examples of post-industrial restorative development. Evergreen Brick Works is an abandoned brick factory turned community hub. When it closed in 1984, the quarry and its 16 surrounding factory buildings were largely abandoned, left for urban explorers, ravers, graffiti artists and illegal dumpers.

Around 1991, Evergreen, a local NGO, began their restoration process. It’s both an inspirational and educational place, where the world can experience sustainable practices that enable flourishing cities of the future.

I (Storm) had the privilege of being taken on a private tour of the site by Evergreen staff in 2006, while it was still in the process of being restored and revitalized. Evergreen deserves tremendous accolades for the spectacular job they’ve done there.

Evergreen Brick Works connects citizens, business, academia and government to turn what-if’s into how to’s that will shape our cities for the better. For real.

All the activities you take part in; weekly Farmers Market, outdoor Children Garden, exhibitions, ravine walks and bike rides, conferences, talks and green design features are how we showcase and inspire innovative ideas. Evergreen Brick Works enables visitors to take solutions back to their home, business, community and cities across Canada. 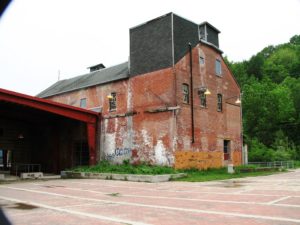 “It was a pretty raw industrial site, and the transformation of it into something that has this kind of a feature to it means that human involvement can actually help transform the ecology and health of the site,” says Cape.

However, to Ramsay-Brown, the best way to transform a natural site is to leave it alone.

“Nature is way more efficient at dealing with this than we are,” he says. “The problem comes when humanity tries to outthink it, or worse, tries to stop it from doing its job.”

But whatever the approach, one thing is clear: Toronto’s ravines, once hidden at the edges of the city’s subconscious, are rising once more into view. The question is, how do we come to meet them?

On September 26, 2017, the City of Toronto’s final Ravine Strategy was presented to Executive Committee for approval and subsequently sent to City Council. It opens a promising new chapter in the park’s history; one that provides for the first time an intentional and coordinated framework, vision and approach to the management of Toronto’s ravine system.

For over 20 years, Evergreen has been deeply involved with strategic planning and conservation projects in the Don Valley and has seen firsthand the success of a shared working model when community leaders come together. Adoption of the Ravine Strategy and the recommendation to convene a table of “Ravine Leaders” is an opportunity to ensure ongoing financial support and leadership to motivate and drive the work required to restore the fragile ecology and enhance connectivity in our ravine system.

Toronto is now poised to be a world leader in how cities build in innovation into greenspaces, achieving park space that is inclusive of urban design and city systems growth and change. This kind of park space is essential in creating low carbon flourishing cities of the future. This investment in green infrastructure cannot go unnoticed.

So, almost a year ago, Evergreen with the City of Toronto and the Toronto and Region Conservation Authority, marked the “First Mile” of a city-wide ravine strategy. With it, we launched the Don River Valley Park project, a multi-year public and private fundraising campaign to create a ‘super park’, a massive 480-acre green space spanning from Evergreen Brick Works south to the mouth of Lake Ontario.

In September, the park unveiled the first installation of a new public art program along the Don River. Art is a great provocateur of ideas – and public art, a vital element in building vibrant flourishing cities. For the past two years, they have worked with talented local, Canadian and international artists to create artworks that respond to the Don Valley’s ecological, cultural, industrial and Indigenous histories and future.

All photos are by Storm Cunningham (unless otherwise credited), and are of the Brickworks in 2006, when it still being revived.

See full article by Jessica Wei in The Independent.