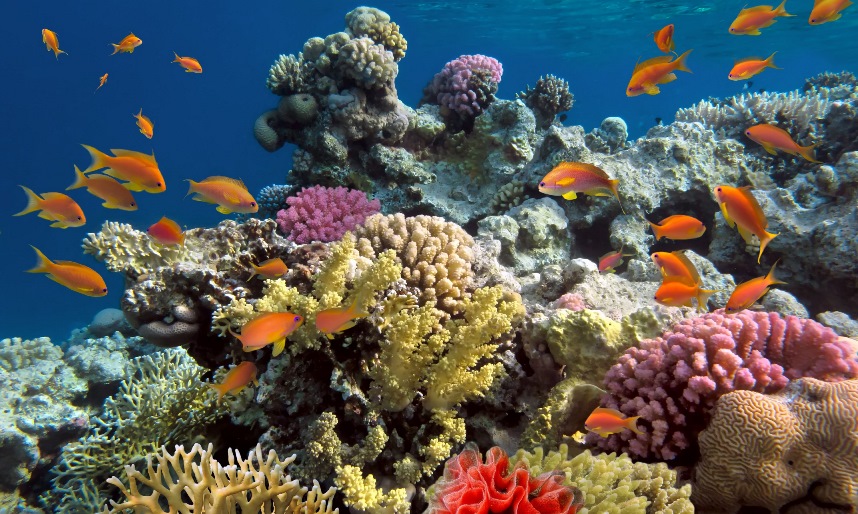 A study published in Restoration Ecology shows that degraded reef habitats can be rehabilitated over large scales using a “spider frame” technique. These frames are inexpensive to build, and are light enough to easily transport and install on the reef.

“Coral reef rehabilitation and restoration efforts are rapidly increasing around the world, but there are few large-scale examples of successful projects,” says corresponding author Christine Sur, a UC Davis graduate student at the time of the study. “Our study demonstrates a cost-effective, scalable method that can inform other coral reef restoration efforts aimed at reducing the global decline of these valuable and unique ecosystems.” 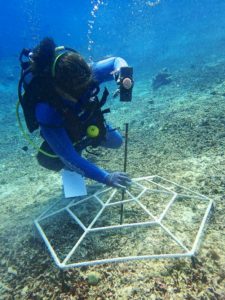 The loss of coral cover is often accompanied by an increase of benthic algae, a decline in biodiversity and habitat complexity. However, it remains unclear how surrounding communities influence the trajectories of re-colonization between pulse disturbance events.

Over a 12-month field experiment in the central Red Sea, we examined how healthy (hard-coral dominated) and degraded (algae-dominated) reef areas influence recruitment and succession patterns of benthic reef foundation communities on bare substrates. Crustose coralline algae and other calcifiers were important colonizers in the healthy reef area, promoting the accumulation of inorganic carbon.

Contrary, substrates in the degraded area were predominantly colonized by turf algae, lowering the accumulation of inorganic carbon by 178%. While coral larvae settlement similarly occurred in both habitats, degraded areas showed 50% fewer recruits.

Our findings suggest that in degraded reefs the replenishment of adult coral populations is reduced due to recruitment inhibition through limited habitat complexity and grazing pressure, thereby restraining reef recovery.