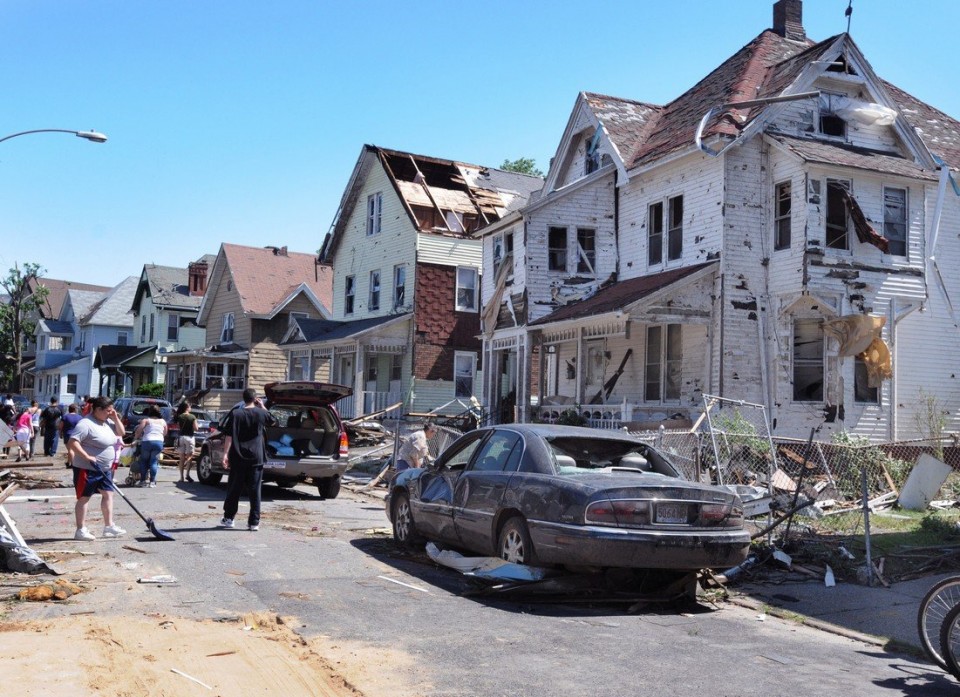 For Springfield, Massachusetts Mayor Domenic J. Sarno, the five-year anniversary of the June 1, 2011 tornado stands as a tale of “amazing” resiliency and recovery after leaving a 6.2 mile path of destruction through the City of Homes.

“When you look back upon it, it has been an amazing rebuild,” Sarno said during a recent interview. “I’m proud of everyone involved, from the residents on. They kept us going.”

The tornado came with little warning, crossing the Connecticut River from the west and striking in the heart of the South End neighborhood and downtown.

The toll of devastation included damage to nearly 900 homes and apartment buildings in Springfield, numerous business properties, roads and sidewalks, parkland and thousands of trees.

The damage to public property alone was estimated at $103.5 million, with the local, state and federal governments joining forces to fund the recovery and rebuild.

Sarno recalls that a top official with the Federal Emergency Management Agency praised Springfield’s recovery efforts in the aftermath of the tornado, saying he believed it one day would be used as a national model for how to properly handle post-disaster recovery.

“He said he had been to many natural disasters that ended up turning into man-made disasters because of improper management,” Sarno said.

The mayor says it was decided early on that the city would not just restore its losses, but would use the disaster as a catalyst for citywide revitalization efforts.