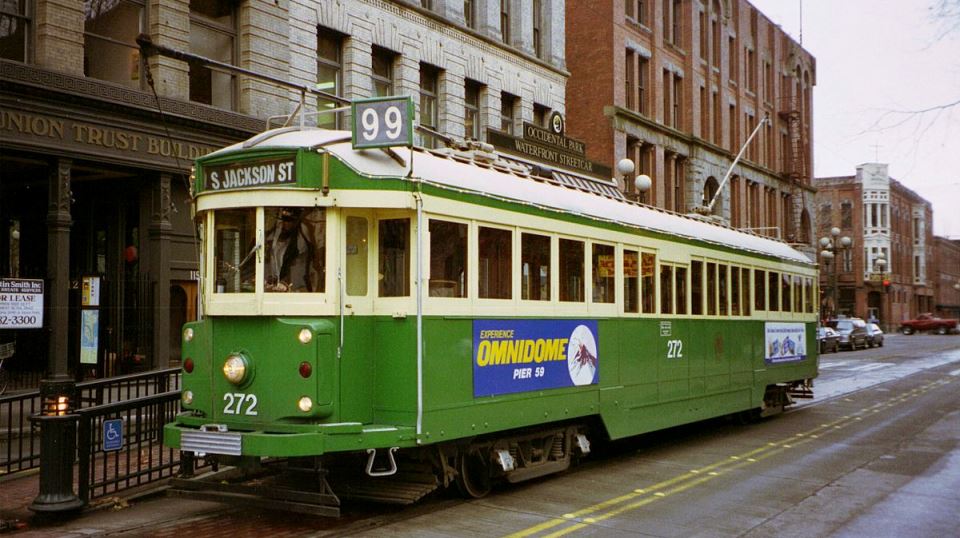 Colorful trolley cars once animated the streets of St. Louis, Missouri, linking neighborhoods, stimulating economic growth and delivering people to their destinations. In fact, the Loop restaurant, shopping, and arts & entertainment district derived its nickname from the streetcar system that serviced the area until 1966.

At a press conference in St. Louis, Missouri on March 2, 2017, Joe Edwards, project manager of the Loop Trolley, explained that when he was pushing to make his trolley dream a reality, he had a heart-to-heart with Les Sterman, then-executive director of the East-West Gateway Council of Governments. He asked, “Is this crazy? Is there any chance this could happen?”

“He said, cautiously, ‘It’s possible. It will be very difficult, but it’s possible, so go for it,'” Edwards related. Sterman, who is now the chairman of the board of the Loop Trolley Co., then took the mic. He said, drily, “Joe, there have been a few times when I regretted saying those things to you. But now not. This is terrific.”

Live testing of the system started in March, and the Loop Trolley is expected to start carrying passengers this summer.

One of Gomaco replicas in Portland (2009). Photo by Steve Morgan via Wikipedia.

As of mid-2016, Loop Trolley service is planned to be provided a fleet of three used vintage or replica-vintage streetcars: two from Portland, Oregon, and one from Seattle, the latter having been acquired more recently than the others, around the end of 2015.

In fall 2015, when the project was early into its construction, the planned fleet comprised only two streetcars: two Gomaco-built Brill-replica streetcars which until 2014 were used on the Portland Vintage Trolley service (in Portland, Oregon).

Those two cars were designed to look like 1903 streetcars but were actually built in 1991 (car 511) and 1992 (car 512), and feature steel frames under their wooden bodies and more-modern propulsion equipment (including rebuilt 1940s trucks). They are being modified for wheelchair accessibility, to meet ADA regulations, with the installation of wheelchair lifts. Gomaco was hired to carry out those and other modifications, and the work began at Gomaco’s Ida Grove, Iowa, plant in August 2015.

Loop Trolley project officials had intended to include one of the two Peter Witt streetcars in the 2015 refurbishment contract, but found that the work would be cost-prohibitive, in part because of deterioration caused by weather exposure from their long period of outdoor display.

In January 2016, it was announced that the city of St. Louis had purchased three vintage trolleys from Seattle for use on the Loop Trolley line. They are three ex-Melbourne, Australia, W2-type cars that had been operated on Seattle’s Waterfront Streetcar line until it shut down in 2005. Only one of the three is planned to be used on the Loop Trolley line at its opening, due to funding shortages that limited refurbishing and modifications to only one Seattle car. 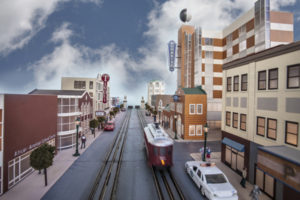 When the Loop Trolley line testing began in March of 2017, the operational fleet included three cars: two ex-Portland Brill replica cars (Portland Nos. 511–512) and one ex-Seattle, ex-Melbourne car (No. 512). With two cars numbered 512, presumably at least one car will be renumbered, but their planned fleet numbers in St. Louis are not yet known.

St. Louis was one of scores of of U.S. cities that lost their tram services when General Motors (GM) purchased most of the lines (which were privately-owned) in order to force people to purchase their car and bus products. Hundreds of thousands of unnecessary pedestrian deaths and untold extra pollution resulted. Many enlightened cities are now restoring their streetcar (and other public transit) services.

GM and other car and bus-related (and oil-related) companies convicted in 1949 for monopolizing the sale of buses and supplies to National City Lines (owned by GM) and its subsidiaries, in what many believe (with significant justification) was a deliberate plot to dismantle streetcar systems nationwide to monopolize surface transportation.

Between 1938 and 1950, National City Lines and its subsidiaries, American City Lines and Pacific City Lines—with investment from GM, Firestone Tire, Standard Oil of California (through a subsidiary, Federal Engineering), Phillips Petroleum, and Mack Trucks—gained control of additional transit systems in about 25 cities. Systems included St. Louis, Baltimore, Los Angeles, and Oakland. NCL often converted most streetcars to bus operations in that period. Most of the companies involved were convicted in 1949 of conspiracy to monopolize interstate commerce in the sale of buses, fuel, and supplies to NCL subsidiaries, but their powerful lawyers got them acquitted from the charge of conspiring to monopolize the transit industry.