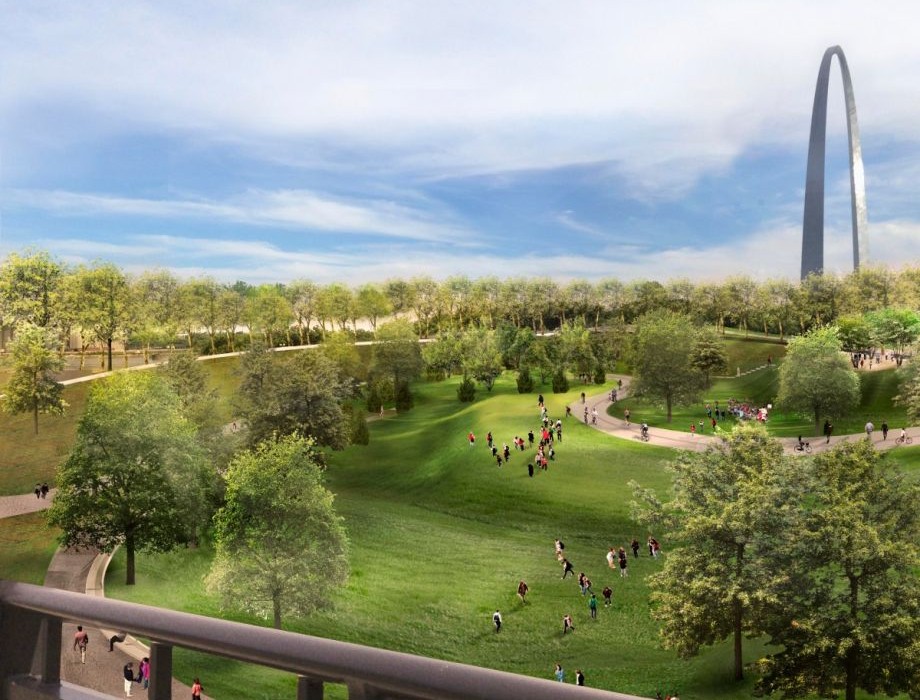 Ryan McClure is still adjusting to the new view from his office overlooking the space between the Old Courthouse and the Mississippi River in St. Louis. On this particular day, the grassy scene seven stories below includes several small figures tossing a football, the towering Gateway Arch a stunning backdrop to their game.

“You didn’t see stuff like this happen before — it was just this square park that was separated, because you get over here and you have the highway,” McClure says of the area that is now Luther Ely Smith Square, which will link to a downtown-facing Arch entrance in 2017. “The purpose of this is to provide a welcoming, relaxing spot for people to sit, contemplate, look at the Arch or be active and play before they go into the facility. And it’s all part of better connecting the Arch to the city that it represents.”

That larger $380 million project, known as CityArchRiver, is a multifaceted effort to seamlessly join the treasured but somewhat isolated national park and surrounding riverfront to downtown St. Louis. The makeover is also a model for public space redesign that successfully pays heed to inclusivity, resilience and walkability.

A recurring theme is the elimination of barriers, ranging from the capping of a highway, to the removal of a problematic parking garage that loomed large beside historic Eads Bridge, to an accessible alternative to the stairs cascading from the base of the Arch to the river’s edge.

Doing away with the 1,200-spot parking garage that once anchored the northern edge of the Arch grounds — and simultaneously hindered access to and from nearby neighborhoods — is another crucial piece.

“Aside from being a barrier, it caused an island effect, where [out-of-state visitors] park here, they go to the Arch, they get back to their car and they never set foot in St. Louis,” McClure says.