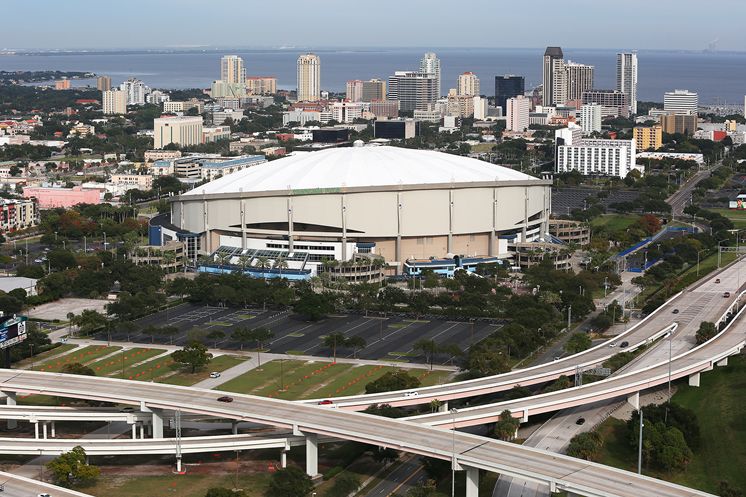 Back on August 1, 2020, REVITALIZATION published the Request For Proposals (RFP) issued by the City of St. Petersburg, Florida for the redevelopment of the 86 acres of publicly-owned land nestled in the middle of the city: the Tropicana Field site.

This represents a redevelopment opportunity unlike any other in the Southeast. Now, on January 26, 2021, the City of St. Petersburg and Mayor Rick Kriseman released the seven submissions they received, making this a very successful RFP.

The City of St. Petersburg has dedicated a minimum of $75 million for infrastructure development of the site with plans to partner with a development team to create a multi-use city center that reflects the diverse and rich culture of St. Petersburg and adheres to principals developed through community engagement, including Smart Cities, sustainability, and a healthy community.

In the last decade, downtown St. Pete has experienced an exhilarating renaissance. Recognized as one of America’s fastest-growing cites and named one of the top places to start and grow a business – St. Pete’s economic indicators strengthen each year.

This redevelopment opportunity comes on the heels of the completion of the highly anticipated, world-class, $93 million St. Pete Pier project. The Tropicana Field site presents endless possibilities to take this city on the rise to the next level.

Here are five reasons officials at the City of St. Petersburg consider the Tropicana Field Site to be Southeast’s most unique redevelopment opportunity:

Here are the seven redevelopment proposals (all are PDF):