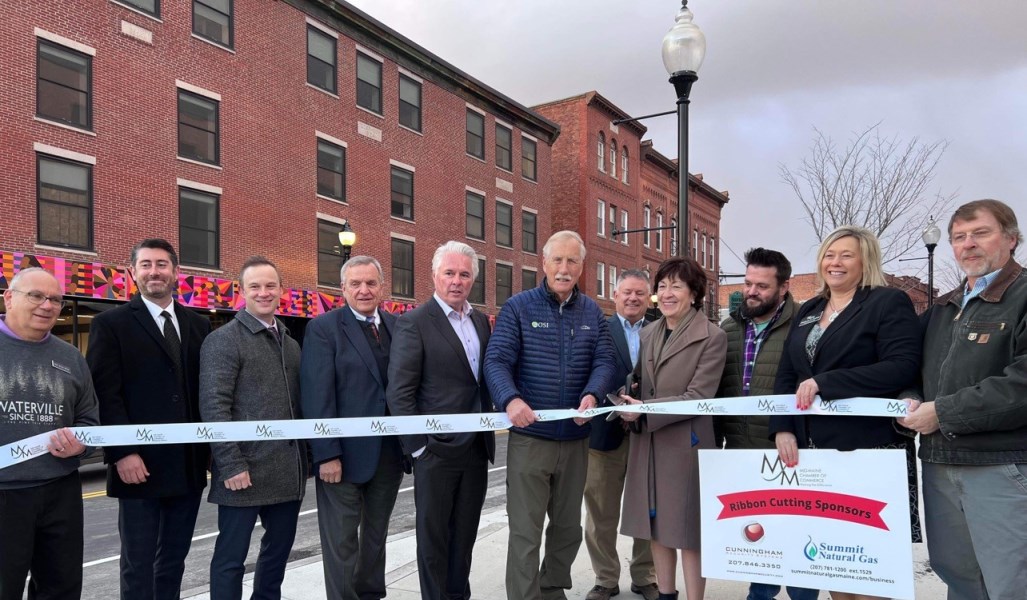 On November 18, 2022, U.S. Senators Susan Collins (R-ME) and Angus King (I-ME) joined representatives from the Maine Department of Transportation, the City of Waterville, and Colby College to celebrate the completion of the Downtown Waterville Revitalization Project.

“This transformational project will contribute to the ongoing revitalization of downtown Waterville, expand access to the arts and education, create jobs, and bring the community together. The improvements to roadways, sidewalks, and public spaces we are celebrating are the result of the strong partnerships that have been forged among the city, Colby, and MaineDOT,” said Collins.

“As a leader of the Transportation Appropriations Subcommittee, I was delighted to secure a $7.4 million BUILD grant to help move this remarkable project forward,” she added.

In addition, traffic was reconfigured from one-way to two-way, and intersections and gateways were reconstructed to be safer for pedestrians and motorists.

Senators Collins and King both strongly supported a $7.4 million federal grant for the project, and Senator Collins secured the funding through this highly competitive grant program as a leader of the Transportation Appropriations Subcommittee.

“Waterville has historically been the center of activity in northern Kennebec County and neighboring communities in Somerset; it’s a cornerstone of the economy for the region,” said Senator King.

“The new two way-traffic on Main Street will bring more customers to small businesses, improve traffic flow, and make foot traffic better for pedestrians. Today’s ribbon cutting is a testament to the hard work of the city and to the value of the partnerships they’ve formed with Colby College and the MaineDOT. I’m proud to have supported funding for this significant project and look forward to seeing its impacts for years to come,” he continued.

Construction on the Downtown Waterville Revitalization Project began in March 2021.

At the same time, state numbered routes that previously traversed Main Street have been rerouted away from Waterville’s center to divert through-traffic from Main Street.

This will include the Maine Film Center and the Maine International Film Festival, Ticonic Gallery and Studios, and the Colby Museum of Art Joan Dignam Schmaltz Gallery of Art.

The new Paul J. Schupf Art Center will also connect to the 120-year-old Waterville Opera House via an elegant and accessible skywalk.