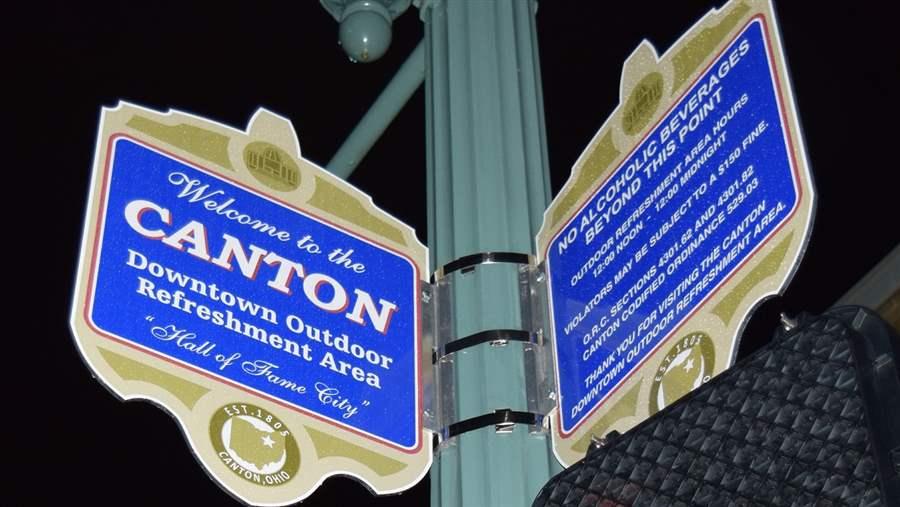 Taking a page from warmer spots known for street parties, such as New Orleans and Memphis, the town best known as the home of the Pro Football Hall of Fame marked off 42 blocks of its downtown as an “outdoor refreshment area.” In that zone it is now legal to carry a drink into the streets, where art and music festivals often attract thousands of people.

Beginning in the 1950s, many cities banned open containers of alcohol in public. Now Canton and several other cities are bringing it back — in a controlled fashion — to appeal to millennials and attract tourists and conventions.

In addition to Canton, other Ohio cities including Lancaster, Lorain, Middletown, and Toledo launched public drinking areas this year, as did Mississippi cities such as Biloxi and Gulfport.

Last year, Nashville carved out a public drinking area between the convention center, a hotel and the Country Music Hall of Fame and Museum, hoping that groups would be more likely to book all three venues if visitors could drink as they walk between them.

Jim Peters, founder of the Responsible Hospitality Institute, says that cities with public drinking districts should make alcohol part of a broader social or entertainment experience, whether art, music or sports. “If it gets to be all about the alcohol, that’s not good. You want vibrancy. You don’t want chaos.”

Note from Storm: In my work worldwide as a redevelopment policy advisor, I often try to impress on state and federal leaders the powerful effect policy changes at their levels can have on the revitalization of communities. Many of these changes come under the heading of “getting out of the way”: we can revitalize places (often far more cost-effectively) via “pull” strategies—such as removing roadblocks—as we can via “push” strategies, such as funding redevelopment.