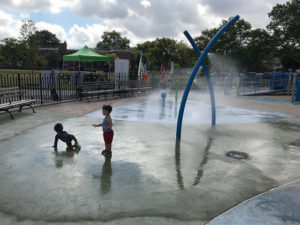 The Big Park is the fifth Community Parks Initiative (CPI) site to open on Staten Island after undergoing a $5.6 million reconstruction; with $3.3 million in funding from New York City Mayor Bill de Blasio, $1.3 million from the DEP and $1 million from Council Member Rose.

“This space is the centerpiece of Mariners Harbor, where children come to play after school, on weekends, and throughout the long hot summer. With today’s opening, we bring a new investment, with brand new handball and basketball courts, a water spray, fields, play equipment, adult fitness equipment and more,” said City Council Member Rose. “I thank the mayor and the Parks Department for making this investment and finishing it in time for summer, and I encourage everyone to enjoy!” 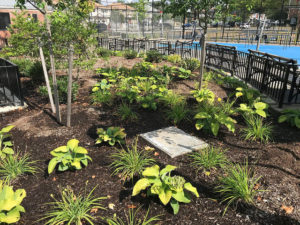 “The Big Park’s reconstruction is truly a big deal for this community,” said Commissioner Silver. “The transformation of this green space is a crucial step towards expanding access and equity for all New Yorkers who use our parks system. I am confident that with the new amenities available in this park it will fortify its role as “the big park” in the neighborhood.”

The Big Park has undergone a complete transformation and boasts improvements including, new spray showers and water fixtures, a fitness trail, remodeled basketball and handball courts, a redesigned landscape with more green space including a multi-purpose lawn for recreation, and new playground equipment with safety surfaces.

Additionally, modeled after the Parks Without Borders initiative, there are lowered fences around the park to make it more inviting. In addition to these upgrades, The Big Park will open a redesigned comfort station in the fall. The park design is based on feedback gathered directly from the community at public input sessions. 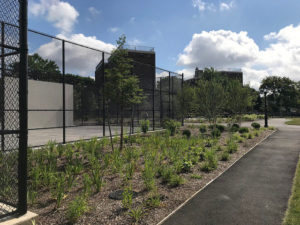 “The Big Park will now have even more amenities to encourage Staten Islanders to get outside and enjoy our borough’s green spaces,” said Borough President James Oddo. “In addition, the infrastructure improvements will help the surrounding areas deal with flooding. I hope Staten Islanders take advantage of this beautiful reconstructed park.”

“DEP is proud to have once again partnered with NYC Parks to create another beautiful CPI site on Staten Island,” said DEP Commissioner Vincent Sapienza. 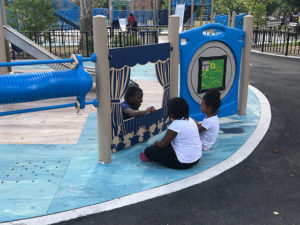 “The Big Park now contains seven rain gardens which will help capture an annual 1.5 million gallons in stormwater, reducing runoff into the sewer system and, thereby, improving the health of New York Harbor. I join with Parks Commissioner Silver in hoping everyone in Mariners Harbor enjoys this new, beautiful, green playground,” he continued.

Launched by Mayor de Blasio in October 2014, CPI strives to make NYC Parks a more equitable and accessible parks system by investing in smaller parks that are located in New York City’s densely-populated neighborhoods with higher-than-average concentrations of poverty.

Through CPI, the City is investing $318 million in capital dollars to make renovations to 67 parks citywide that have not undergone significant improvements in decades.