In New York City‘s borough of Staten Island, the downtown core is the gateway to the island for both visitors and residents. It provides prominent civic, commercial, and cultural assets connected by the central Bay Street Corridor running from the Staten Island Ferry Terminal and historic St. George neighborhood to the rapidly-redeveloping Stapleton area. 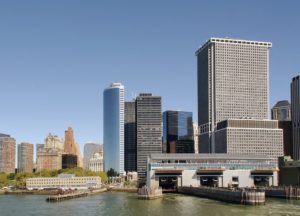 Ferry terminal on Staten Island.Photo by Albert Dezetter from Pixabay.

As the fastest-growing area in Staten Island, the neighborhood is on the cusp of a new era: business incubators and breweries are joining historic tourist destinations and an established civic center in bringing foot traffic to downtown streets, waterfront and mixed-used developments are creating a renaissance on the North Shore, and an unprecedented demand for businesses to locate downtown is transforming the suburban enclave into an expanding hub of economic activity.

On November 4, 2019, it was announced that Staten Island will receive $10 million as the New York City Region winner of the fourth round of the Downtown Revitalization Initiative. The DRI award will enable Staten Island to capitalize on this recent and rapid growth and focus development efforts on creating a connected world-class tourist, retail, and dining destination.

“Staten Island is undergoing an economic renaissance, and our Downtown Revitalization Initiative capitalizes on the booming North Shore community,” said New York Lieutenant Governor Kathy Hochul. “With this targeted investment, Staten Island will be able to continue turning the North Shore into a world-class tourist, retail and dining destination. The DRI is part of our ongoing strategy to create a brighter economic future across all of New York State and transform our communities into even better places to live, work and do business.”

As in the first three rounds of the DRI, one municipality from each of the state’s 10 regional economic development regions is selected as a $10 million winner, marking another overall state goal to target $100 million in funding and investments to help communities boost their economies by transforming downtowns into vibrant neighborhoods where the next generation of New Yorkers will want to live, work and raise a family.

The New York City Regional Economic Development Council went through a competitive review process of proposals from communities throughout the region and considered all seven criteria below before recommending Staten Island as its nominee for winner:

“Staten Island’s downtown has made significant strides fostering business and tourism opportunities, and this investment will help further uplift this historic community,” New York Governor Andrew M. Cuomo said. “Staten Island holds a special place in the story of New York City, and we look forward to seeing it continue to flourish in this next chapter.”

Winston Fisher, Partner of Fisher Brothers and New York City Regional Economic Development Council Co-Chair, said, “Every day, thousands travel through St. George, which has become a hub for both tourists and New Yorkers. The Regional Economic Development Council has previously identified Downtown Staten Island as ripe for investment, and this Downtown Revitalization award will compliment support from the state, the city and private developers, helping create a true renaissance on Staten Island.”

Staten Island will now begin the process of developing a Strategic Investment Plan to revitalize its downtown with up to $300,000 in planning funds from the $10 million DRI grant. A Local Planning Committee made up of municipal representatives, community leaders, and other stakeholders will lead the effort, supported by a team of private sector experts and state planners.

The Strategic Investment Plan for downtown Staten Island will examine local assets and opportunities and identify economic development, transportation, housing, and community projects that align with the community’s vision for downtown revitalization and that are poised for implementation. The downtown Staten Island Strategic Investment Plan will guide the investment of DRI grant funds in revitalization projects that will advance the community’s vision for its downtown and that can leverage and expand upon the state’s $10 million investment. Plans for the DRI’s fourth round will be complete in 2020.

Featured photo of the Staten Island Ferry by Maurice LE BAIL from Pixabay.