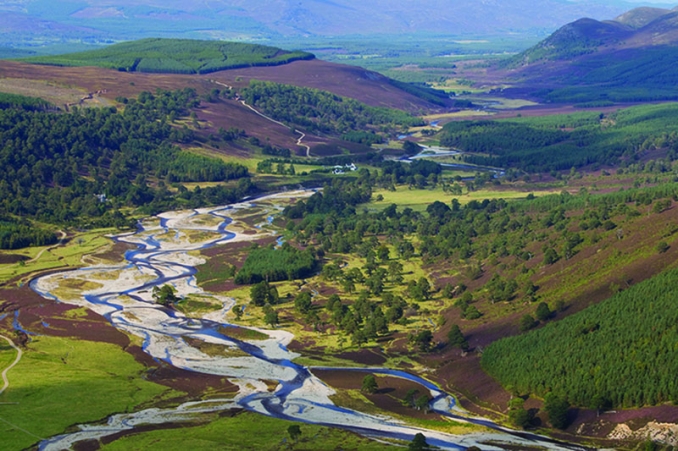 Rewilding is the large-scale restoration of ecosystems. It sees dynamic ecological processes as an essential, intrinsic aspect of healthy living systems.

Rewilding Britain is a charity set up with the objective of restoring ecosystems in Britain, on land and at sea. We believe it is not enough merely to try to preserve the tiny fragments of our wildlife. Meaningful conservation must involve restoring broken ecosystems and re-establishing missing species.

The animals we lack, such as beavers, boar, lynx, wolves, large tuna, pelicans, cranes and storks, are not just ornaments of the ecosystem – in many cases they have a role as ecosystem engineers and are essential to a proper functioning environment.

By 2030 we would like to see 300,000 hectares of core land areas and three marine areas established where nature is starting to take care of itself and key species are starting to become re-established. These areas will be ecologically connected, supported by an engaged and enthusiastic public, and delivering a range of benefits for local communities and landowners.

Within 100 years we would like to see at least one million hectares (4.5%) of Britain’s land and 30% of our territorial waters rewilded. To put this in perspective, in England alone there are 380,000 hectares managed as golf courses.

Like all significant landscape change, rewilding should take place only with the active consent and enthusiastic engagement of local people, and should be debated and broadly accepted at both the national and local level.

We recognise that the changes we would like to see will be strongly influenced by other policies. First among these are farm subsidies, which currently act as powerful driver of wildlife loss.

We feel there might be great potential for connecting rewilding approaches with other policies. Sustainable drainage schemes are an obvious example. We would like to see them extended to the upper reaches of river catchments.

A catchment-based approach to flood management would seek the recovery of deep vegetation and soils in the hills where most of our rain falls.

We also believe there might also be scope for rewilding in the design of housing estates and large commercial and public developments. We need to think less about putting nature into cities and instead should recognise that cities exist in nature. We want to see real urban jungles.