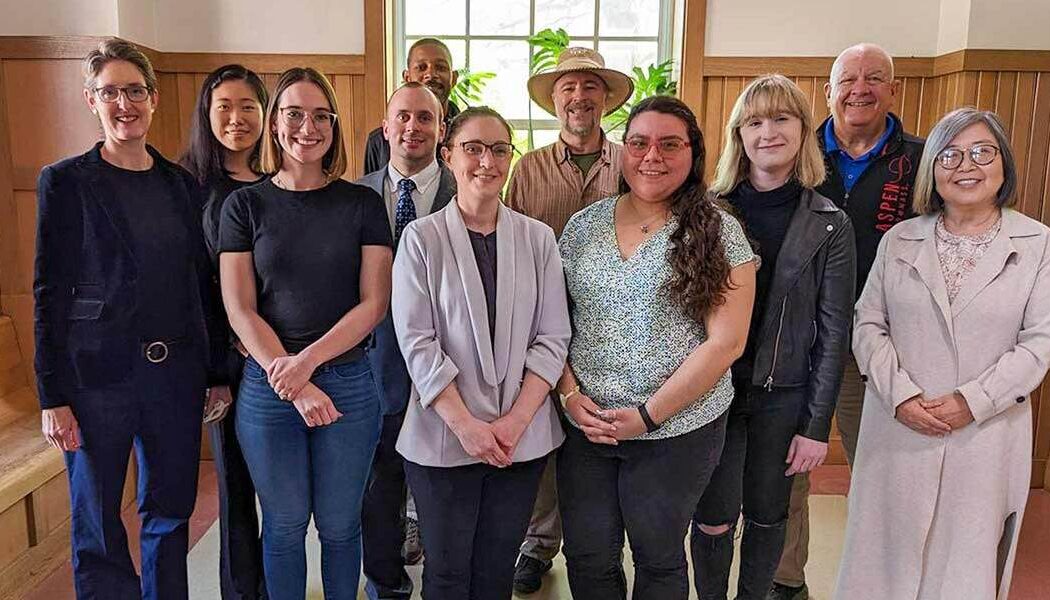 In April of 2022, a student-designed plan to redirect flows of rainwater and people while greening up a section of the University of Maryland won first place and $10,000 last week in the U.S. Environmental Protection Agency’s (EPA) Campus RainWorks Challenge. 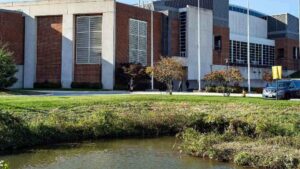 Since its founding in 2012, nearly 800 teams have participated in the competition, with UMD teams winning three first place awards, two second places and two honorable mentions.

The Terp team’s winning entry in the master plan category, “Future Flows,” proposed replacing parking lots and other hard surfaces on North Campus with green space that would decrease impervious surfaces by 33%, greatly reduce rainwater runoff into Campus Creek and lower the air temperature in the area by almost 8 degrees Fahrenheit.

The design limited interaction between cars, pedestrians and bikers by adding 2,300 feet of bike paths and over 2,500 linear feet of pedestrian trails. It also would restore Campus Creek both aesthetically and hydrologically, creating an expanded streamside buffer zone of native plants and a walking path along a waterway that now is mostly inaccessible, obstructed by trees and choked with invasive species.

“By examining current and predicted fluctuations in the movement of people and water across campus, the team’s design would revitalize the campus through restoration of site hydrology and create a more resilient and adaptable campus for future generations of students,” EPA judges wrote in their assessment of the winning project.

In the competition’s other category, for demonstration projects, UMD students won an honorable mention for the “AgroEcology Gateway Experience” project, which would transform the southwest corner of University Boulevard and Paint Branch Drive with a stormwater treatment and reuse system, reforestation, water-absorbing rain gardens and permeable pavement to reduce runoff, and also replace a parking lot with a green garage with solar panels.

Their design would include interpretive signage and serve as a gateway into a planned campus Agro-Ecology Corridor, harvesting nearly 70,000 cubic feet of stormwater and reducing more than 1.6 million pounds of carbon use over three decades.

Hanna Savio M.L.A. ’22, who was a member of both groups, said she and her fellow landscape architecture graduate students on the team often park in campus Lot 1 before heading to classes.

It led them to ponder both how pedestrians navigate the area and the benefits to making nearby Campus Creek “an amenity for the university, not just something that’s mostly hidden,” she said. “It was great to work as a team and come up with ideas about how to make our campus an even better place.”

Anushka Tandon ’23, an environmental science and technology major who also participated on both teams, said the chance to collaborate as an undergrad with graduate students from landscape architecture was a valuable lesson in the power of working across disciplines, as well as a deep-dive she wouldn’t have otherwise gotten into architecture principles. “It was enlightening to be seen as a peer among these incredible individuals and for my input to be encouraged and valued,” she said.

UMD teams’ performance this year and in the past show that the university and the College of Agriculture and Natural Resources are a “nationally recognized powerhouse in stormwater thinking and design,” said May. “I can’t think of a better way to celebrate Water Week and the 50th Anniversary of the Clean Water Act.”

This article by Kimbra Cutlip and Graham Binder originally appeared on the University of Maryland website. Reprinted here (with minor edits) by permission.