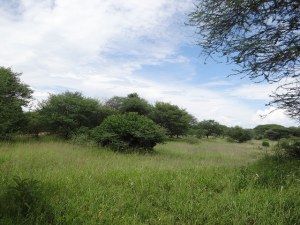 In the 1980s, Shinyanga was known as the “desert of Tanzania” with about 600-800 mm rainfall annually and severe loss of vegetation.

There have been four main drivers of land degradation:

The consequences were droughts, ecosystem degradation, and scarcity of wood and food.

Now, Shinyanga counts among the successful models of mosaic landscape restoration because of the strong local ownership and the commitment of the Tanzanian government.

Since 2012, the World Agroforestry Centre (ICRAF) scientists have been looking at the project as a model for climate change adaptation and mitigation under the CGIAR Research Program on Forests, Trees and Agroforestry, and as a case study site for multifunctional landscapes.

Can the land restoration movement take heart from Shinyanga? Lalisa Duguma, an ICRAF scientist says “yes”, and keeps coming back to the importance of giving priority to the role of the local people, local institutions and local practices. “Before even starting restoration efforts, all parties involved need to have a shared vision of what kind of landscape they want,” he says. The right approach would be: “We help you move forward, we’re here to complement your efforts in restoring your area.”

The communities in Shinyanga were empowered because people were aware of the problem. The solution was not brought to them from outside, but it was developed jointly. “Planning together, implementing together and devising the strategy together,” Duguma explains.

The benefits of the initiative go beyond land restoration and include economic and livelihood benefits.