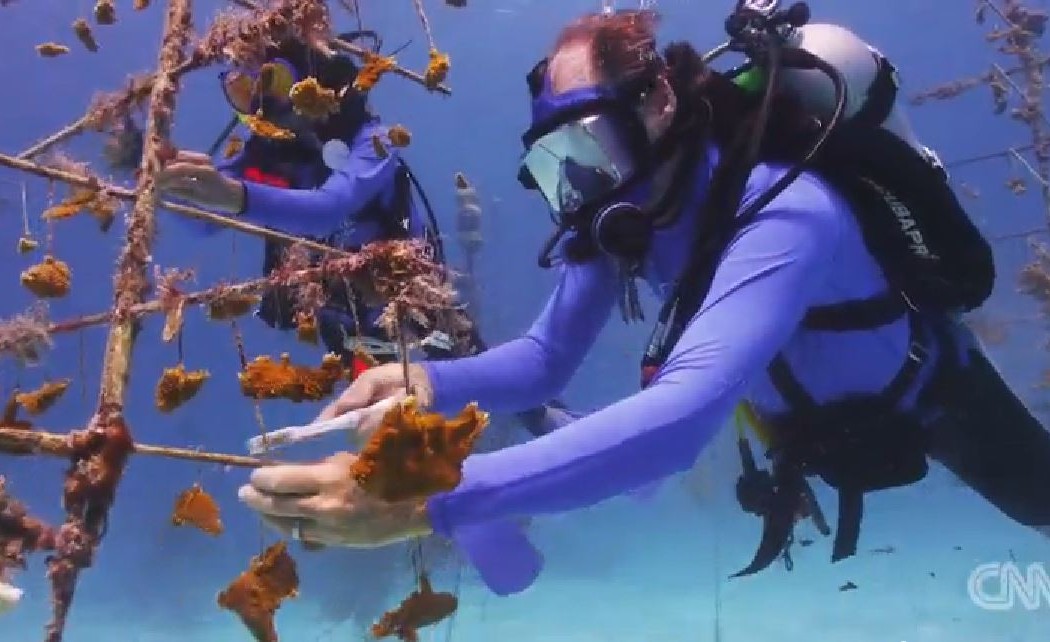 Ken Nedimyer, founder of the nonprofit Coral Restoration Foundation says this of diving in the Florida Keys, “When I first started diving down here in the 1970s, you’d get to some of these reefs, and there was elkhorn coral as far as you can see. You go out to a lot of those reefs now and they are all dead, or they are 90% dead. It just breaks my heart. To see that happening in my lifetime is really depressing.”

Rather than sit by and watch the reefs die, Nedimyer decided to do something about it. He created a nonprofit organization called the Coral Restoration Foundation, which aims to bring coral reefs back from the brink of death by employing a technique Nedimyer pioneered: reproducing disappearing species of coral in underwater nurseries and then replanting them in the dying reefs.

After humble beginnings, the foundation’s success has been staggering.

Emboldened by the success in Florida, Nedimyer has taken his fight global, helping to start nurseries near the Caribbean islands of Bonaire, Jamaica, and Mustique, as well as off the coast of Colombia in South America. He has plans to start programs this summer in Curacao, Barbados, and St. Lucia.

“The goal is to set up a program, train these people, and let them own it,” he said. “That’s already happening in two of the countries we’ve been in for a while. I don’t want to be the only one doing it. That would be a failure if it were just me.”