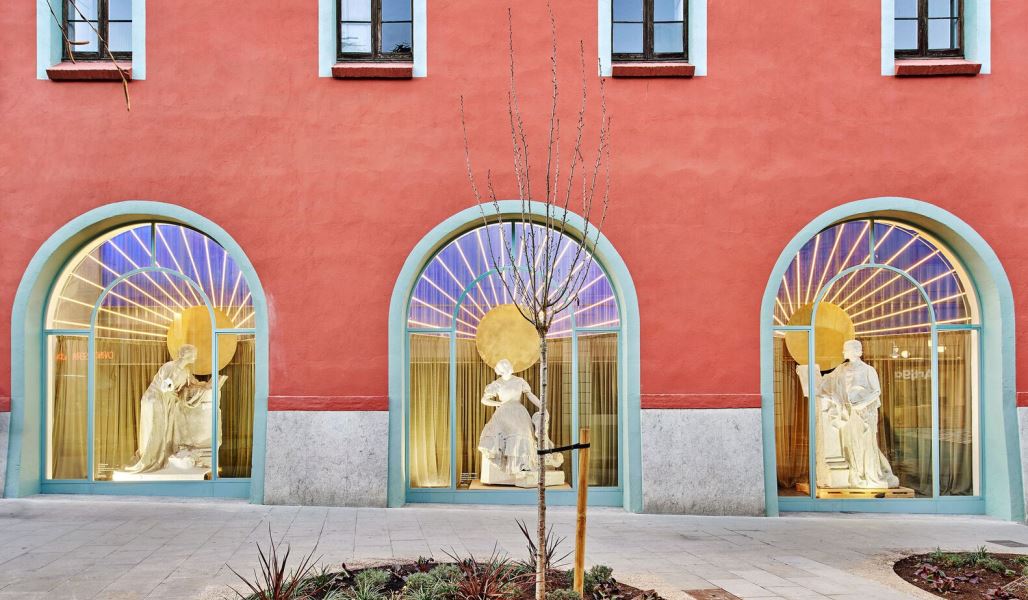 The double whammy of online shopping and the COVID-19 crisis has caused the centers of many cities to head into a sharp commercial decline.

Shopping is an integral part of the Plaza del Carme (Plaça del Carme) in Olot, Spain, so it has been hard hit. Reactivating it involved improving the vitality, comfort, and safety of the public space. 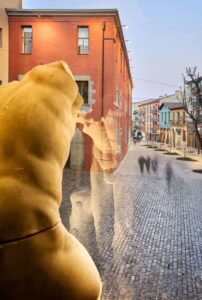 This was done by fostering occupancy of closed shops and emphasizing relationships through the shop windows.

That was the task of this revitalization project, called Good morning, Carme!.

In a single year, 1000 square meters of shops were opened, and 120 meters of façade were redesigned in this single square of the old town.

Based on the premise that the activity and character of the street depending on the façades and what happens behind them, the urban renewal of these spaces inevitably involved the mobilization of the bank of empty ground floor premises. 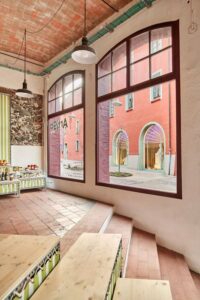 The shop windows are where this relationship was established, with extensions into the outside with awnings and pedestal tables and into the inside with the products on display.

The architects at unparelld’arquitectes felt it was thus advisable to blur the borders between the public and the private, from a physical perspective and, especially, from a municipal management viewpoint.

That was the starting point for the Good morning, Carme! the project, which united and went hand in hand with a collective hope: the revival of Plaça del Carme in the center of Olot.

Traditional city planning was reconsidered, allocating 70% of the budget to the ground floors. 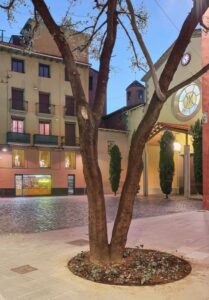 The project also included the opening of the city’s Art School, and the remodeling of a warehouse for a consumer cooperative. It is a project of projects, involving three developers and eight shopkeepers.

The approach was similar to acupuncture, as a catalog of actions that add complexity and depth to the relationships between the street and the ground floors.

This catalog considered planting deciduous trees to complement the façades, the lighting of the street from the perimeter and from the insides and converting empty openings into alcoves to exhibit sculptures from the Art School. 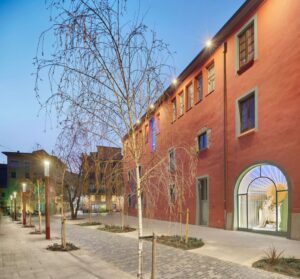 It also involved overhauling shop windows to endow them with the most transparency possible and bring them into dialogue with the street.

During the nine months that work lasted, the firm’s “Carme office” was set up in the square, where the architects cooked up ideas on how to reactivate the space.

This was the meeting point between neighbors, shopkeepers, owners, and technicians, who also took on the roles of facilitators, managers, and mediators.

Dividing the project into stages ensured we could adapt it to any new needs detected.