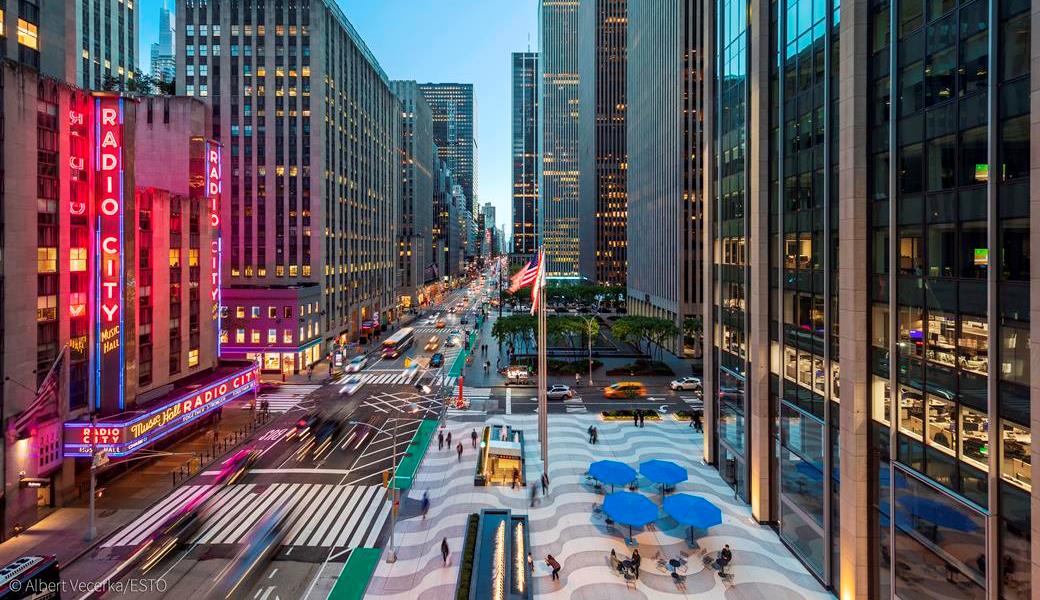 The launch of the television series Mad Men, set in the Time & Life Building in Midtown Manhattan, introduced the iconic 1959 tower to a new generation.

But despite its growing fame, the aging tower struggled to compete in New York City‘s commercial real estate market: with an inefficient building envelope, outdated mechanical systems, and a timeworn lobby, it was no match for recently built, state-of-the-art towers. 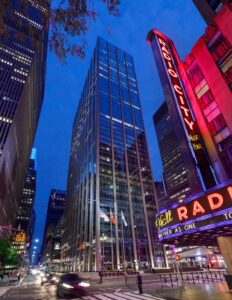 Then, in 2014—as Mad Men entered its final season—the primary tenant announced it was relocating to a new building. That’s when owner-developer Rockefeller Group turned to the architecture firm Pei Cobb Freed & Partners, with a vision for a transformational reinvention.

The Pei Cobb Freed team made a thorough study of existing conditions, seeking to understand decades of alterations, and researched the original architects’ intentions. Synthesizing this information with their knowledge of best practices in sustainability and workplace design, the team developed an innovative plan for restoration, improvement, and modernization.

The ensuing repositioning of the building—now known as 1271 Avenue of the Americas—brought it from vacant to 99 percent leased, even before construction was complete. This success speaks to the benefit of strategic interventions that preserve rather than demolish, serving not only building owners and users but the public and planet, while meeting the demands of the 21st-century workforce. 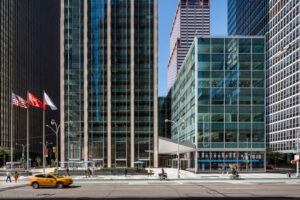 Facade replacement was the most significant of the repositioning’s five interdependent components. A clever inversion of the relationship of vision glass to spandrel glass has increased vision area and daylighting by more than 50 percent while retaining the essential proportions of the original facade. Overall building energy use has dropped by more than 40 percent.

Many considerations are involved in evaluating the interventions required to achieve compliance with new local laws and to make a property more competitive, notes Kate Bojsza, coleader of Pei Cobb Freed’s repositioning and carbon retrofit team.

“An integrated approach addressing asset value and marketability, along with the cost drivers of constructability and logistics, is essential,” she says. “It’s important to identify anything that might make it difficult for building owners to realize gains, like unknown conditions, fuel source pricing, and customization.”

Leveraging the firm’s tradition of design excellence and commitment to craft, the repositioning and retrofit team aims for solutions that are both aesthetically uncompromising and technically sound. At 1271, the team oversaw the restoration of the landmarked lobby’s mid-century finishes and expanded the space to accommodate new reception desks for a multi-tenant configuration, all the while respecting the historic design intent. Additional updates include modernized mechanical, life safety, and elevator systems and redesigned elevator cab interiors.

The upgrades have created a more livable and desirable workplace, says Chris Jend, a lead designer on the project. But the beneficiaries are not just the tower’s tenants. 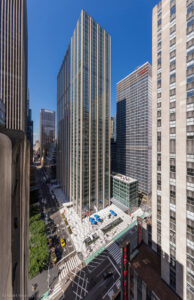 “By reimagining the original fountain as a stepped landscape feature and adding a dynamic cantilevered canopy, we transformed the east plaza—across from Radio City Music Hall—into a more human-scaled open space. Engaging the public realm this way acknowledges the civic responsibility in building, which in turn can generate commercial value,” he explained.

Seizing on this promise, Major League Baseball was the first company to lease office space in the updated tower, opening its flagship store in the main retail space fronting the plaza.

Guided by design partner Yvonne Szeto, the Pei Cobb Freed team is applying its expertise to other aging office towers, reimagining the workplace for a more amenity-demanding, hybrid, and mobile workforce while prioritizing strategies that reduce building emissions.

“As architects, this is where we can have a meaningful impact on the future habitability of our planet,” says Szeto. “It’s our responsibility as much as it is our passion,” she concluded.

A beloved icon of the Mad Men era, 1271 Avenue of the Americas now also represents the potential of the past century’s buildings to be part of a more sustainable future.