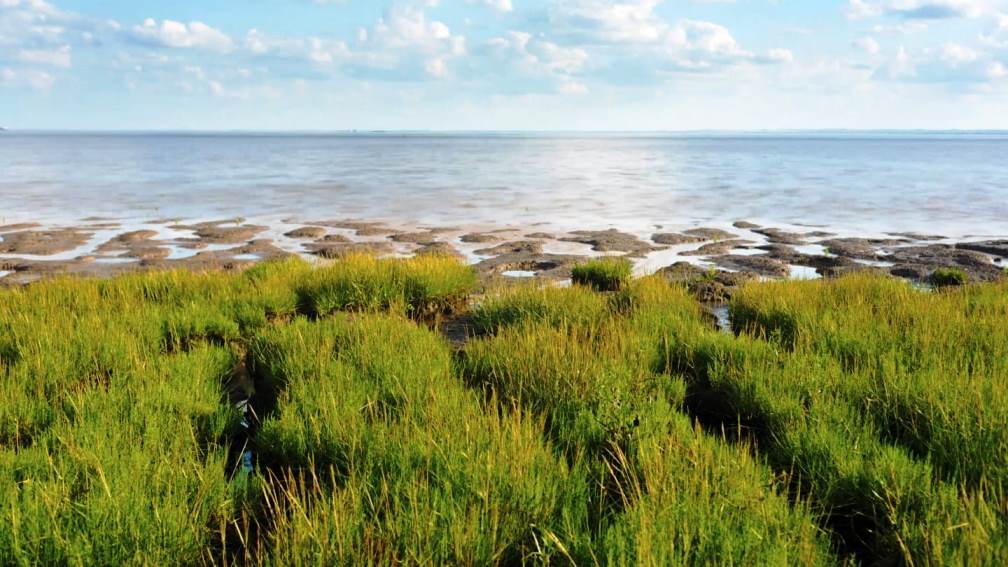 On June 21, 2022, Ørsted, a sustainable energy company, partnered with Lincolnshire and Yorkshire Wildlife Trusts to help restore the biodiversity around the Humber, a large tidal estuary on the east coast of Northern England.

The flagship project will invest more than GBP 2.5 million ($2,925,000 USD) to restore parts of the Humber on an ambitious scale not seen before through the planting of three hectares of salt marsh and four hectares of seagrass, and the creation of a biogenic reef through the introduction of half a million native oysters. 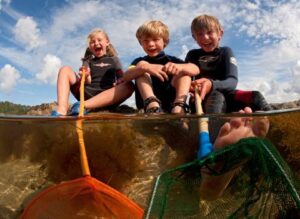 Photo of children “rockpooling” on the Humber is courtesy of Lincolnshire Wildlife Trust.

Benj Sykes, Head of Environment, Consents & External Affairs at Ørsted UK, said “Now’s the time for action on biodiversity. We know that the climate crisis is one of the biggest threats to our biodiversity, and so we must start to implement tangible projects that will help restore nature.”

“As a company that’s committed to building a clean, sustainable future for people and the planet, we know that we need to work harder than ever to ensure we continue to develop in balance with nature as offshore wind becomes the backbone of the energy system in the UK,” he added.

Sykes continued, “With this in mind, Ørsted has set the ambition that from 2030, all new projects commissioned must have a net-positive impact on biodiversity. Our vision is to create a world that runs entirely on green energy, and protecting biodiversity is, and will continue to be, an integral part of the way we work. This project in the Humber Estuary, working in collaboration with experts from the Yorkshire and Lincolnshire Wildlife Trusts, is a fantastic example of how the offshore wind industry can work with local partners to ensure we leave our natural environment in a better state for generations to come.”

The partnership will build on an ambitious program of seagrass restoration work already underway between Ørsted’s Hornsea 4 project and Yorkshire Wildlife Trust.

Climate change is becoming one of the biggest drivers of biodiversity loss, and a substantial expansion of renewable energy is central to tackling these interlinked crises.

The UK government has set an ambition to build 50 GW of offshore wind by 2030, and Ørsted believes that the expansion of offshore wind energy needed to fight climate change can and must integrate solutions that support and enhance biodiversity. That is why Ørsted has set an industry-leading ambition to deliver a net-positive impact on biodiversity across all the new energy projects it commissions from 2030 at the latest. 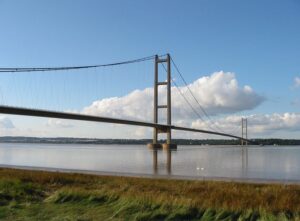 Rachael Bice, Chief Executive for Yorkshire Wildlife Trust, said “Large-scale restoration of Yorkshire’s seas is the only way forward if we are to tackle the twin nature and climate crises. Through this collaboration with Ørsted, we’ll make a transformative step in reversing decades of damage to the ecosystems of the Humber Estuary. Benefitting nature, climate, and people by providing essential habitat, increasing carbon sequestration, and supporting local fisheries, this project sets the standard for marine restoration, and we look forward to it driving further investment in projects across Yorkshire and the UK. We can’t wait to share the results in the coming years.”

The UK Department for Environment, Food & Rural Affairs (DEFRA) has commended this new pilot project as an example of how restoration of important marine habitats can work in practice and deliver multiple benefits.

The Humber Estuary’s conservation status has recently been downgraded due to pollution and loss of habitat, and salt marshes are disappearing at an alarming rate due to rising sea levels and land development across the UK encroaching on coastal areas. Rewilding and reintroducing native species will help restore the estuary and play a vital role in addressing climate change.

In a similar way to trees absorbing carbon from the air, seagrass absorbs carbon from water – and does so at a rate 35 times faster than tropical rainforests. Salt marshes are also incredibly efficient at capturing and storing large quantities of carbon, and together, these nature-based solutions can play an important role in climate change adaption and addressing issues such as flood risks.

Rebecca Pow, UK Environment Minister, said “Recent events have demonstrated the importance of developing a home-grown renewable energy supply. We’re committed to developing schemes that work alongside the recovery of natural habitats. Climate change and biodiversity loss are significant challenges, and I welcome the commitment Ørsted is making today.”

She continued, “This project in the Humber Estuary showcases the potential for private sector investment, alongside support from the public sector. I hope that this is a catalyst for further practical projects that protect and enhance our natural environment.”

During the first phase of the project, seagrass seeds will be planted in four hectares of the estuary to provide vital shelter and a nursery ground for a variety of fish. The release of 500,000 native oysters will enable biogenic reefs to form, in turn providing critical habitat for multiple species while also filtering and improving estuary water quality. 95 % of native oyster reefs have disappeared from the Humber since the early 1900s, and this project will start to rebalance biodiversity in the area. Through this project, Ørsted has also committed to planting and restoring three hectares of salt marsh plants, providing nutrient rich habitats ideal for wading birds. The habitats created by these three vital species will nourish and protect the native wildlife of the Humber.

The Humber pilot is one of a number of innovative projects that Ørsted is exploring to protect and enhance biodiversity. Ørsted is also working alongside WWF Denmark to improve the conditions for cod and other marine organisms in the Kattegat strait between Denmark and Sweden, and together with ARK Nature it is pioneering marine rewilding in the North Sea. The company also recently announced ReCoral by Ørsted, a world-first attempt at supporting coral reefs by growing corals on offshore wind turbine foundations in Taiwan.

Featured photo of the Humber is courtesy of Ørsted.