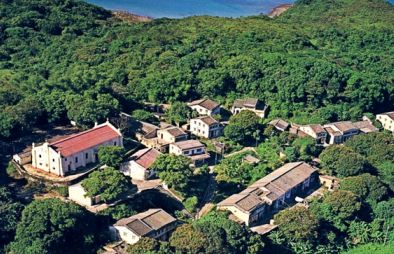 After a lengthy period of complete abandonment–rare in this densely-populated area–people started returning after March 17 2013, when the village celebrated being given approval to revitalize its long-abandoned salt fields.

In 1999, Colin Chan was elected as village representative and began what would become a lifelong mission: to resurrect the island. For the first few years, he focused on building a network of villagers from around the world, hoping to create a like-minded community of descendants and volunteers who would help to rebuild Yim Tin Tsai in a sustainable way.

The island was settled by members of the Hakka Chan clan during the 19th century, although some say it was more like 300 years ago. At its peak, Yim Tin Tsai had between 500 and 1200 inhabitants. Villagers lived on farming, fishing and salt-making. They farmed 6 acres of salt field, the smallest of the five salt fields in Hong Kong at the time. 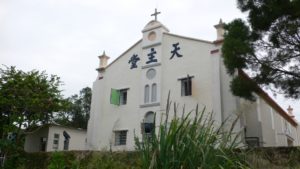 The Catholic Church arrived in 1866, and by 1875, all of the residents had either been baptized or banished. In 1879 a chapel was set up by Joseph Freinademetz, who was canonized in 2003. After the news broke, Catholics worldwide began pilgrimages to the tiny island. Colin wanted to ensure they got a warm and comfortable welcome. The chapel was renovated with funds raised by the non-profit Catholic Heritage.

In 2005, UNESCO Asia-Pacific Heritage Awards for Culture Heritage Conservation gave the restored chapel an award of merit. This energized the locals, who organised regular ferry service, and created a showcase of the village’s unique history. They built a heritage trail, renovated Hakka ancestral homes, created a homewares and ceramics museum, and launched an organic farm next to the church. 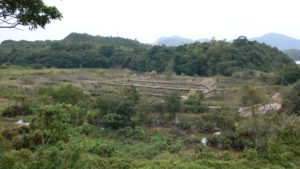 In 2015, the resurrected salt fields earned UNESCO accolades for conserving Hong Kong’s industrial heritage, which goes back over two millennia.

“Recreating the salt fields makes me really happy because it brings me closer to my ancestors,” said Rosa Chan, an island tour guide and eighth-generation villager. “It’s very fulfilling to be able to do the same thing that our families did centuries ago.”